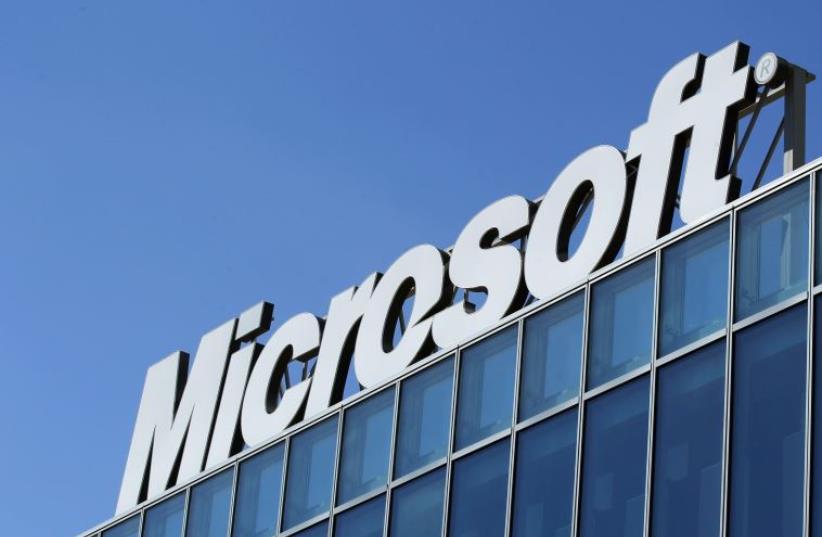 Microsoft [File]
(photo credit: REUTERS)
Advertisement
Gab, the social media platform known by many as “alt-right Twitter,” was threatened last week by Microsoft and forced to remove certain posts.The platform started in 2016 as an alternative to Twitter, in response to the platform’s ban of many accounts for hate speech. The site calls itself “an ad-free social network dedicated to preserving individual liberty, the freedom of speech, and the free flow of information on the internet.”The site, while rejected by the Apple Store and the Google Play Store, has been hosted on Microsoft. But the media giant threatened to boot the website last week if it didn’t remove two antisemitic postings.“Gab’s hosting provider, Microsoft Azure, has given us 48 hours to take action on two posts or they will pull our service and Gab will go down for weeks/months,” the platform tweeted on Thursday.Later, the user in question, known neo-Nazi and failed Senate candidate Patrick Little, said he would remove the two posts voluntarily. Though the messages are no longer available, they reportedly included “a plan to raise [J]ews as livestock... for ritual death by torture,” and threats to take “a sledge hammer to a holohoax memorial.”After the posts were removed, Gab founder Andrew Torba mocked Microsoft and media outlets for being the reason the posts are “being spread all across the entire internet. DUMB.” He also thanked Microsoft for the free publicity, posting screen shots showing membership on the rise.Microsoft told Bloomberg last week the content “incites violence, is not protected by the First Amendment, and violates Microsoft Azure’s acceptable use policy.”Many other social media platforms have found themselves at the center of controversies over banning questionable content. Conspiracy theorist and far-right media figure Alex Jones was banned from Facebook and YouTube last week, though he remains on Twitter.Over the weekend, Twitter suspended a slew of accounts associated with the far-right group The Proud Boys, who call themselves “proud Western chauvinists.”The social media giant told Buzzfeed News the suspensions were carried out “for violating the company’s policies prohibiting violent extremist groups.”