The Battle of Stalingrad is one of the largest and bloodiest battles in the history of warfare, and was a turning point in World War II.

November 19 marks 79 years since the start of Operation Uranus, a Soviet-led counterattack on Axis forces during the Battle of Stalingrad that turned the tide of battle in one of World War II's most pivotal military engagements.

The Battle of Stalingrad is one of the largest and bloodiest battles in the history of warfare. Situated in the Eastern Front during the war, the city itself, known today as Volgograd in southern Russia, was a major target of the Nazis following the failure to decisively take over the Soviet Union in a single push during Operation Barbarossa.

Though the early Nazi advance into Russian territory had seen considerable success, they had begun to stall. The Germans suffered heavy losses in the Battle of Moscow the previous winter and had failed to take the city, and the major city of Leningrad, known today as St. Petersberg, was still under siege.

But Stalingrad was different. The city itself had the considerable industrial capacity and was a vital point on the Volga River that linked the Caucasus to the rest of Russia, which was key to shipping supplies.

It was also the last main obstacle in the German army's path before heading south into the Caucasus and its supply of oil. 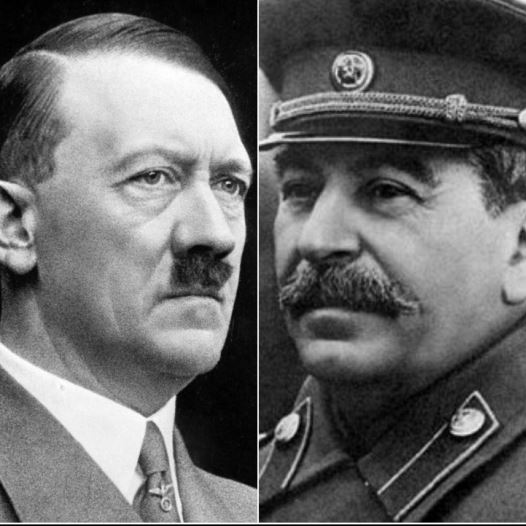 But the city also held important propaganda value for both the Nazis and Soviets, as it was named after Soviet leader Josef Stalin.

The battle began in the summer of 1942 and saw hundreds of thousands of German, Italian, Romanian and Hungarian soldiers attacking the city, led by German Sixth Army Gen. Friedrich Paulus. But the Soviet resistance was strong, and Stalingrad would not fall easily.

Though Paulus had estimated that the city could fall in just 10 days, and his brutal offenses and air bombardments had killed tens of thousands of civilians, the destruction had worked in the defenders' favor. The destroyed buildings of the city were converted into fortifications, and the Nazis had been forced to engage the Red Army in brutal close-quarters house-to-house and street fighting in a battle that changed the way urban warfare was done.

Both sides suffered from a severe lack of supplies, but both Stalin and Nazi leader Adolf Hitler refused to give the city up and shored up their forces with massive amounts of reinforcements as the fighting grew worse and the destruction more widespread.

Before long, both sides had well over 1 million troops each committed to the battle.

But it was on November 19 that the tide truly began to turn in favor of the Soviets.

Organized by Red Army Gen. Georgy Zhukov, Operation Uranus took advantage of multiple factors, such as the incoming Russian winter, the natural fortifications of rubble in the city and how overextended the Axis forces were.

Due to how overextended the Germans were, their flanks were guarded by weaker, underequipped Romanian troops.

Initial attacks were repelled, but before long, the Soviets completely overwhelmed the Axis forces. The Germans had underestimated the forces committed by the Soviets, which numbered in the hundreds of thousands with hundreds of tanks and aircraft.

This was a major victory for the Soviets and turned the tide of the battle for the Red Army, but the battle did not end yet and continued on into the winter. It finally ended in early February with a decisive Soviet victory. The battle itself is seen as the Nazis' greatest defeat and the turning point of World War II, pushing the Germans into retreat and causing many to see Germany's loss as inevitable.

Casualties were severe, and while exact numbers are debated, it is widely accepted that Soviet casualties numbered higher at over 1 million.

Despite this, it was a major boost in morale and courage for the Red Army, who would remain on the offensive for the rest of the war before finally taking Berlin and ending the Nazi regime.