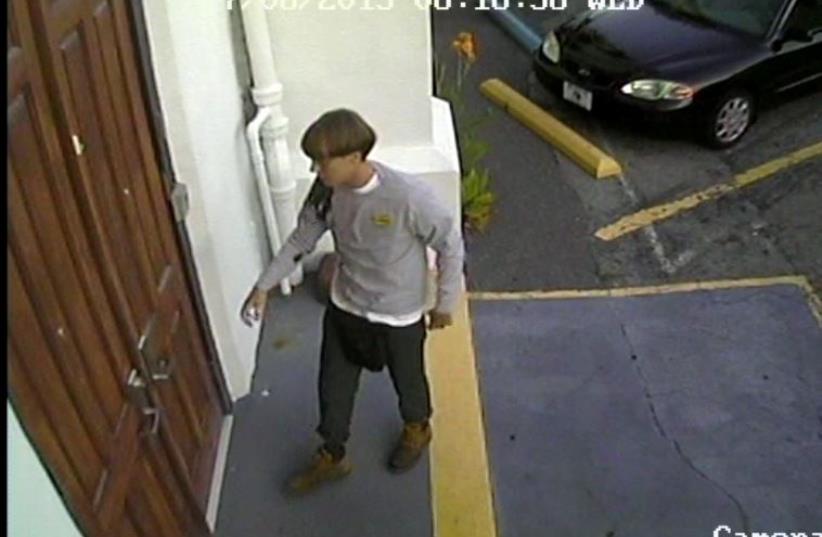 Suspect in South Carolina church shooting
(photo credit: REUTERS)
Advertisement
WASHINGTON -- Jewish organizations in the United States joined in a choir of grief on Friday as they digested news of a shooting in a historic black church in South Carolina.Condemning the murder of nine, which took place during a Bible study at Emanuel African Methodist Episcopal Church, one of the oldest churches in the South, several groups cast the event as a hate crime.“Our hearts are broken for the nine souls lost in Charleston last night," The Jewish Federations of North America said in a statement. "To target peaceful worshipers for no apparent reason other than the color of their skin is abhorrent and horrendous."The Anti-Defamation League's long-time national director, Abe Foxman, said he was reminded of a shooting that killed four black schoolgirls at a Birmingham church over 50 years ago."We should all be looking in the mirror this morning and asking ourselves how such a tragedy could happen in America in 2015, and what we can do to ensure that it doesn't happen again," Foxman said.In its own statement, the Rabbinical Assembly quoted Leviticus in its condemnation: "Do not stand idly by the blood of your neighbor," they said. "Hateful, violent acts such as this have no place in our society, in a country known for its diversity and blending of various cultures."And the Orthodox Union, representing Orthodox Jewish communities across the US, called the attack a heinous, senseless violence and brutal terror that "has no place anywhere in the world, but particularly not in a house of worship."US officials, who are investigating the attack as a hate crime, arrested a 21-year-old white gunman accused in the shooting on Thursday.Law enforcement officials caught alleged gunman Dylann Roof, whose rampage on Wednesday came in a year that has seen months of racially charged protests across the United States over killings of black men.US Attorney General Loretta Lynch told reporters that a suspect had been taken into custody, hours after the shooting.A man who identified himself as Roof's uncle said he had recently been given a .45-caliber handgun as a birthday present by his father and that the 21-year-old had seemed adrift.The victims, six females and three males, included Reverend Clementa Pinckney, who was the church's pastor and a Democratic member of the state Senate, according to colleagues.