By BENJAMIN JOFFE-WALT / The Media Line
JANUARY 18, 2010 07:02
Daronet Internet Services
(photo credit: Daronet)
Advertisement
An Israeli IT company has sold an online business management system to the Teheran Chamber of Commerce.Yehoshua Meiri, a spokesman for the Ramat Gan-based company DaroNet, said his company had sold Teheran's Chamber of Commerce more than 70 licenses providing for the use of DaroNet's signature business Web site management software.The $1 million deal, signed last month at DaroNet's European headquarters in Belgium, involved a down payment of $200,000, to be followed by 10 payments throughout the year."The deal is signed and delivered," Meiri said. "They can't go back on it now."Both direct and indirect trade between Israel and Iran is illegal in both countries.Meiri said his company only realized it was selling the system to an Iranian entity when it was asked to translate the system into Farsi. The contract was signed with a European businessman from the Netherlands representing the Teheran Chamber of Commerce."Once we realized, we decided to lower our profile a bit on this issue," he said. "I have no idea if they know we are Israeli, but anyway the deal is done and they know now.""Lots of Israelis do business with Iran," he added. "From cherry tomatoes to high tech, it's a $250m. trade."Officials at the Teheran Chamber of Commerce denied knowledge of the deal."As far as I know, we have not bought anything from this company and our team has developed our own content management system," said Hassan Ramazani, director of the Chamber of Commerce's IT department. "But I must look into this matter and get back to you."There are severe consequences for Iranians who make contact with Israeli institutions, even if it is done accidentally. Recently an official at the Iranian Football Association was demoted after a New Year's congratulatory message was sent to sports federations around the world, including Israel. The construction of Teheran's new Khomeini International Airport was delayed when Israeli products were found to have been used. Reports last year that Israeli oranges had found their way into Iranian markets caused a stir in the Iranian press and an Iranian soft drink firm was recently called upon by the government to explain its ties to the Coca-Cola Company, seen by Iran to be a major corporate supporter of the Jewish state."It's very rare for these kinds of issues to come up and if this deal actually took place I'm sure 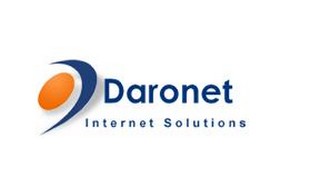 they made it by accident," Dr. Seyed Mohammad Marandi, a lecturer at the University of Teheran, told The Media Line. "It's Ramat Gan company signs $1m. IT system deal with Teheran's Chamber of Commerce. [The Media Line]illegal in Iran to trade with Israel and there isn't any trade between the two countries, at least officially."Doing trade with Israel would go down very poorly in Iran and if the trader was in a public position they would lose their job," he added. "So I don't think anyone would knowingly do such a thing."Israel also strictly forbids trade with Iran, seen as the most significant existential threat to the state.
The issue became particularly sensitive after Nahum Manbar, a prominent Israeli businessman, was caught selling Iran components for chemical weapons in the early 1990s. He was convicted of collaborating with an enemy of the state and sentenced to 16 years in prison.Israel commercial sales to Iran are few and far between."It is forbidden by Israeli law to export to Iran," said Doron Peskin, an expert on Israel's regional economic ties and the head of research at Info-Prod Research (Middle East) Ltd in Tel Aviv. "The risks are too high for an Israeli company to deal with Iran, even indirectly."I believe Israeli businesses have some [moral] responsibility if they realize they are selling a product to Iran, but at the end of the day we are talking about money," he said. "Still, some Israeli products find their way to Iran through third parties but if the Iranians find out about any deal, I would say that deal has very little chance of succeeding."Dr. Ze'ev Maghen, an Iran expert and chairman of the Middle Eastern Studies Department at Bar-Ilan University in Ramat Gan, argued that while trade between the two countries is unusual, economic contact was inevitable."You're only an ideologue to the extent that you can be," he said. "In the world today it's very hard to know or even define what consists of an Israeli company versus what's more transnational."The Iranians do make certain exceptions as long as it's not very blatant," he said. "You have to find someone in the regime willing to make a stink about it, and in today's atmosphere, everyone in the regime is looking to up someone else."DaroNet develops multilingual content management systems for Web sites, designed to reduce Web site building and content management time. The firm's main product, "Expert," is the most dominant content management systems product in the Israeli market, sold to the country's leading food manufacturer, largest business school, largest trade Web portal and online diamond retailer, to name a few. DaroNet has also made sales to the chambers of commerce of Jordan and Oman.
Advertisement
Subscribe for our daily newsletter