A piece of the ‘Mosaic’ 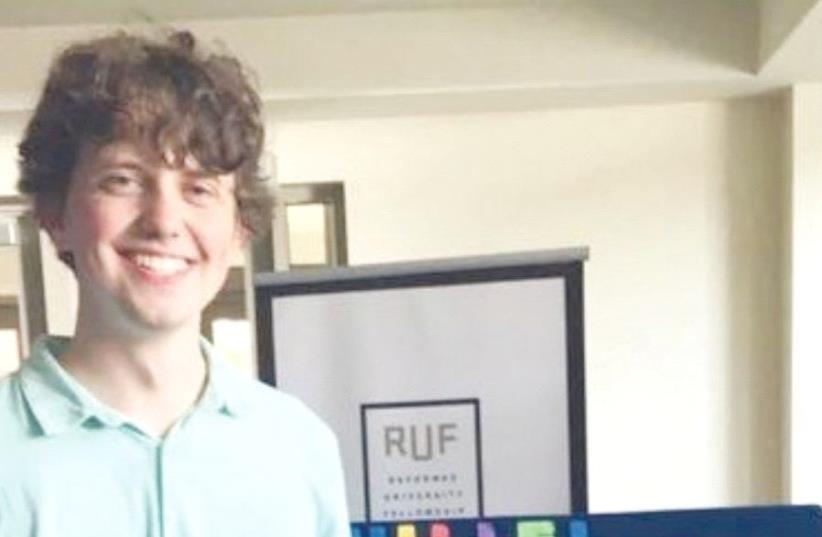 CALEB HAUSMAN, the student president of Hillel at Vanderbilt University: Having the autonomy to create your own Jewish experience is valuable
(photo credit: COURTESY CALEB HAUSMAN)
Advertisement
Any project of substance is usually a collaborative effort. That is certainly the case with Mosaic United, where for the first time ever, the Jewish state is reaching out to Jews around the world to ensure that through every stage of a young person’s life they are engaged with their Jewish community and Israel.Since its launch in 2014, the Ministry of Diaspora Affairs has teamed up with other prominent Jewish organizations and philanthropists to tap into roughly eight million Jews around the world to help them embrace their roots and become advocates of Israel.At the end of the day, the goal is to reach all Jews – especially unaffiliated ones – so they become more connected. In another unprecedented move, Jewish groups including Hillel and Chabad are teaming up in order to reach as many Jews as possible around the world.Caleb Hausman, student president of Hillel at Vanderbilt University, is an example of Mosaic United in action on an individual level. A proud champion of Israel who is fully engaged with Jewish life on predominantly Christian campus, Hausman spoke to The Jerusalem Post about why it is important for him to engage in the community during his college years and beyond.What made you want to become involved in Hillel? Were you involved in your Jewish community in high school? For me, getting involved in Hillel was an easy and natural decision. I was really involved in my Jewish community back in Minneapolis, Minnesota - I was involved in my Jewish elementary school as a kid and my local synagogue.I knew when I got to Vanderbilt, I wanted to continue that involvement. When I got to campus, I sought every opportunity to become involved with them.And what I really loved about Vanderbilt Hillel was that it was really a tight-knit community.Everybody cared about the well-being of everybody else. It really felt like a home away from home. Growing up in a conservative Jewish household, I was used to traditions like having a Shabbat dinner, and with Hillel I didn’t have to give up on that. It was really a family atmosphere.Nashville isn’t exactly known for its Jewish population. What is Jewish life on campus like? I think what makes Vanderbilt really special is its growing Jewish community. It’s a community that hasn’t always been there, but thanks to the hard work of Jewish organizations on campus, like Hillel, it’s been steadily growing over the past few years. It’s been really exciting to be part of this and a dedicated group of people who want to make the community strive.Have you ever experienced antisemitism on campus? I think that we’ve been really lucky in feeling comfortable in being Jewish on campus.The non-Jewish community is really supportive and interested in learning more about Judaism. My freshman roommate, for example, was a very observant Christian, but he always came from a place of wanting to learn more about my background.What are the biggest challenges to getting young adults active in their Jewish community? What I found to be the biggest challenge is when Judaism becomes a cookie cutter experience of what your parents and grandparents did growing up and it’s pushed on you.Some people may want to divert from how their parents decided to engage in the Jewish community. Hillel understands that and is really focused on making sure one’s Jewish experience is unique and personal. Having that autonomy to create your own Jewish experience is valuable.Do you think Israel has an image problem? If so, what can be done to combat it? I think that certainly on campuses Israel can be a hot button issue and become divisive really fast. In my experience, taking the time to understand the nuances of what’s happening in Israel is key. At Vanderbilt Hillel, we have open conversations that tackle the issues of what’s happening in Israel and we discuss why the situation there is so complicated.Having a real-world perspective helps diffuse tension. Speaking one-to-one with Israelis, as I did when I visited in Israel, is also very helpful.This article was written in cooperation with the Diaspora Affairs Ministry.