Analysis: A shooting in Bat Yam amid the wave of terror

A killing of a young man by police will likely be of limited interest to those outside of his immediate circle. 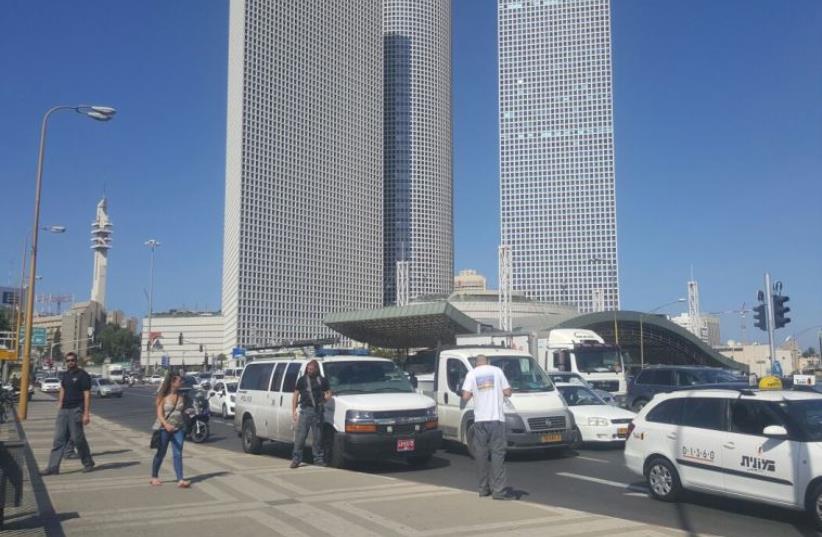 Police seal off road leading to the Azrieli Center in Tel Aviv‏
(photo credit: YOEL MILLER)
Advertisement
The last moments of Shachar Maman’s life could have played out much differently.Carrying two knives and running toward a wounded man and police officer, he was cut down with multiple shots to the upper body on Saturday by a police officer who the Tel Aviv District said feared for his life and that of the wounded man he was attending to.According to Tel Aviv police, the officer ordered Maman to drop the knives, and when he didn’t, opened fire.By Sunday morning, the police had launched their own investigation into the incident, and the Justice Ministry’s Police Investigative Department also had opened an independent probe. Both will seek to determine whether deadly force was the only option or if the officer had the capability to first shoot Maman in the legs to disable him.Judging by what we know so far – assuming we believe basic aspects of the police story – it’s unlikely the officer will be charged. Police released photos after the incident showing a steak knife and small kitchen knife Maman was allegedly carrying on his person, and in a video released by the police, a figure they say was Maman can be seen racing down the street.Even the family members and neighbors interviewed by the press since Saturday night have not disputed that Maman was armed and racing to the scene, and have only questioned why he wasn’t shot in the legs and why, if he was wearing a tallit and a kippa – as can be seen in the video – he was shot at all when he was obviously Jewish.Talkbacks on articles in the Hebrew press appear to be heavily in favor of the police.Israelis, apparently unified in their anger toward local knife-bearing toughs in towns like Bat Yam, seem to see the case as pretty open and shut and have even cheered the police officer who killed Maman.This support may also be partly the result of the current increase in popularity the police are experiencing because they are on the front lines risking their lives across the country on special deployment to stop terrorism.Outside of Israel, however, Maman’s death does not appear to have stirred any controversy, unlike in the case of the Palestinian knife attackers killed by police in recent weeks.This is par for the course – while conventional wisdom tends to say that police in a Jewish country have a much quicker trigger finger with non-Jewish assailants – that’s not always the case.Police can, and do, use deadly force against Jewish suspects, only the incidents rarely become major stories, they are not followed by protests, rioting, or coverage by the foreign press, and often the only people left to fight for justice is the family of the deceased.Maman’s death came after dozens of knife attacks against Israelis – during which police, soldiers, and security officers in many cases opened fire to stop the attackers and save lives. There has been little controversy over the use of force among Jewish Israelis in those cases and that also appears to be the story with Maman’s death. Other than his family, there are few, if any, voices criticizing the use of deadly force, and no conspiracy theorists claiming cops planted the knife on him.The reaction shows the way news of violence is digested in Israel, especially amid the current wave of terror attacks.While just a couple of weeks ago a stabbing in Bat Yam or Kiryat Malachi was about as dog bites man as you can get – hardly covered and of little interest – now these stabbings are national news until proven otherwise.Once the “nationalist” angle is canceled out and the Arab-Israeli conflict removed from the story, they fade back into the ether, where non-stories go.Though this is understandable, it reflects the unfortunate fact of life in Israel that acts of violence detached from the conflict are often dismissed or not given sufficient coverage.In the case of Maman, it means that a killing of a young man by police will likely be of limited interest to those outside his immediate circle.At the moment, we don’t know entirely what happened Saturday night aside from the police story and that of neighbors and a few witnesses.The shooting of Maman came as police have been on edge and high alert for weeks, and every officer operating with the knowledge that on any patrol they may need to use deadly force against a sudden lone-wolf attacker.It also comes after civilians with gun permits have been called upon by politicians to carry firearms in public, and after weeks of around-the-clock media coverage of “The Knives Intifada.”Whether or not the use of deadly force against Maman was influenced by this environment or it happened solely as a response to his actions is not entirely clear.Even in the calmest of times, he may have been shot dead running toward a cop with knives in hand – or we may have the first instance of the heightened security resulting in the death of an Israeli civilian who could have been taken alive.Regardless, the use of deadly force by police, whenever it happens, should be of interest to the public, even when it’s just two guys in Bat Yam and completely detached from the conflict.