Will 2022 be the year the ‘Israel apartheid’ label sticks?

DIPLOMATIC AFFAIRS: Anti-Israel activists have been pushing the apartheid libel for at least 20 years. Will it stick this year?

When the Foreign Ministry’s strategy and planning experts look ahead to 2022, one of the major challenges they see is the “apartheid” label sticking to Israel.

“In the coming year, we’re expecting a discourse that is unprecedented in its poison and radioactivity,” Foreign Minister Yair Lapid warned in a press briefing this week. “Calling Israel an apartheid state was a slowly creeping trend for a very long time, and in 2022, it will be a real threat.”

Lapid said that calling Israel an apartheid state is “a rotten lie.”

Still, as former prime minister Menachem Begin once famously quipped, “even the obvious has to be said sometimes.”

The apartheid system in South Africa was one in which the white minority forbade non-whites from participating in politics and imposed racial segregation and oppression. 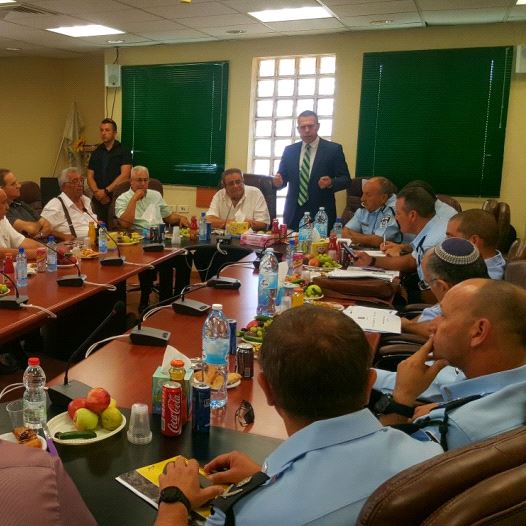 Israel is a multicultural, liberal democracy. Its Declaration of Independence states that Israel “will ensure complete equality of social and political rights to all its inhabitants irrespective of religion, race or sex; it will guarantee freedom of religion, conscience, language, education and culture,” and its courts uphold that.

About a quarter of Israel’s citizens are not Jewish, and they have equal voting rights. Arab-Israelis have been members of every Knesset. The current coalition even relies on an Arab Muslim party for its majority.

Palestinians living in the West Bank are not Israeli citizens, and they have their own governing body – the Palestinian Authority – for their everyday lives, based on treaties between them and Israel.

Despite those facts, anti-Israel activists have been pushing the apartheid libel for at least 20 years, when participants in the NGO Forum of the World Conference Against Racism in Durban, South Africa, in September 2001, began pushing that line.

In 2022, however, the ministry sees a likely scenario in which international organizations apply that label to Israel, “with potential for significant damage,” according to a slide Lapid showed in the briefing. “There is a real danger that a UN body will say Israel is an apartheid regime.”

THERE ARE four main arenas for this challenge. First is the International Criminal Court.

In March 2021, then-chief prosecutor of the ICC Fatou Bensouda announced that she would open a war crimes investigation against Israel that is expected to include 2014’s Operation Protective Edge, the riots at the Gaza border in 2018, and the settlement enterprise, including east Jerusalem. Bensouda’s term ended in June, and she was replaced by Karim Khan, who is expected to be somewhat more favorable to Israel, and has not made public statements on the matter.

Among the senior officials who could be vulnerable to war crimes lawsuits are opposition leader Benjamin Netanyahu and Defense Minister Benny Gantz, who were prime minister and IDF chief of staff, respectively, in 2014, as well as hundreds of IDF officers.

The ICC’s founding document declares apartheid to be a war crime, and the ministry expects Palestinian pressure to advance an active ICC investigation against Israel this year, using the BDS movement to campaign on claims Israel is an apartheid state as leverage to pressure Khan.

The next arena is the UN Human Rights Council’s Commission of Inquiry (COI) of war crimes allegations against Israel in the aftermath of Operation Guardian of the Walls, the 11-day Gaza war in May.

The COI is unprecedented in its open-ended mandate – it can look into any alleged Israeli human rights violations in sovereign Israel, the West Bank and Gaza – and time frame, which could make it permanent. The UN General Assembly approved its funding last month to the tune of $5.5 million annually.

The ministry also anticipates that the COI will declare Israel an apartheid state in its first report, due in June of this year.

The probe’s three panelists all have a history of activism and inflammatory rhetoric against Israel, such as international jurist Navi Pillay, the COI’s head, who, as UN high commissioner for human rights in 2008-2014, appointed the deeply anti-Israel Prof. Richard Falk as special rapporteur for the Palestinians and gave then-president of Iran Mahmoud Ahmadinejad a platform, on which he denied the Holocaust, at the Durban II conference.

Lapid called the COI “total insanity,” and said that he talks about it with all like-minded countries.

“Just so you understand the injustice,” Lapid said, “it has a budget of about $5.5m. a year and it has…18 staff members… In Syria, half a million people were killed, and there was a war for 12 years, but the budget [for that inquiry] is $2.5m. and there are 12 staff members... That shows where this is going.”

The ministry expects the “Israel apartheid” label to come up in the Office of the UN High Commissioner of Human Rights’ Committee on the Elimination of Racial Discrimination (CERD), as well.

In 2018, the Palestinians submitted a complaint arguing that Israel is an apartheid regime with racist policies.

CERD is expected to publish its report on the matter in the coming year, and the ministry says it is highly likely CERD will say Israel is an apartheid state.

Finally, there is the ongoing threat of the Palestinians appealing to the International Court of Justice in The Hague to ask whether Israel can be defined as an apartheid state or its policies as racist, or what other countries are obligated to do if Israel is declared apartheid by one of the aforementioned bodies.

The ICJ offers legal opinions that are nonbinding, but Western states tend to take those opinions as established international law.

THE CAUSE of this problem can be assessed in different ways, depending where someone stands on the political map, Lapid said.

“Some may say it’s because the Palestinians get economic aid and we coordinate security with them, even though they petition against us in international organizations,” Lapid said. “Some say this is what happens when there are no negotiations.”

First, Lapid said: “I’m leaving the reasons aside. This is the result. Part of what the Israeli Foreign Ministry has to deal with in the coming years is the topic of Israel apartheid.”

But then the minister argued that “without diplomatic talks, it will get worse. We have to go there” – to negotiations with the Palestinians.

Lapid said Israel must be careful not to be portrayed as the side that is refusing to make peace, while the Palestinians pursue it, though he gave the Palestinians’ appeal to the ICC and their payments to terrorists who kill Israelis as examples for why that is false.

While Lapid believes talks with the Palestinians could stem the tide of delegitimization coming toward Israel, he pointed out that the current governing coalition is not able to conduct them.

“There is no reason for me to delude the Palestinians and open a diplomatic process that doesn’t have a coalition behind it.... That would damage our credibility, which is important,” the minister stated.

“Even after a coalition rotation, I will remain with the same people and the same disagreements” about the Palestinian issue, Lapid said. “I plan to stand behind the agreement I made with my partners.”

Prime Minister Naftali Bennett and his Yamina Party oppose a Palestinian state, as does Justice Minister Gideon Sa’ar’s New Hope Party, while other coalition parties would support one under different conditions. The coalition has a narrow majority and cannot afford to lose the support of any of its parties, or an election would likely be triggered.

Meanwhile, Lapid has not spoken with PA President Mahmoud Abbas – who met with Defense Minister Benny Gantz in his home last week – but has talked with other senior Palestinian officials, whom he did not name, about specific issues that arose.

Without peace talks on the horizon, Lapid said the ministry is preparing for the worst in the international arena.

“It’s the Foreign Ministry’s challenge to deal with it... and soon the whole government will,” he said.