The IDF 'Mamriot' program, supported by the Zalik Foundation and FIDF, aims to close the gender gap in the Israeli military's cyber units.

A new IDF program providing technological education for teenage girls across Israel has been granted $1 million by Friends of the IDF (FIDF) and the Zalik Foundation.

The IDF program, named 'Mamriot' (taking off), aims to close the gender gap in the Israeli military's cyber units by increasing the talent pool of soldiers and Israeli citizens with scientific and tech-based education.

FIDF, an NGO offering social, educational and cultural programs designed to celebrate and honor Israeli soldiers, and the Zalik Foundation, founded in 2018, have raised the sum to support the integration of young women into IDF cyber units.

"We are inspired by the FIDF’s support of a program that equips young women, many from Israel’s geographic periphery, with education and tools to make valuable contributions," Said David and Helen Zalik, founders of the Zalik Foundation.

"We see the potential for long-term impact, not only on growing the number of women in IDF tech units, but in Israel’s tech sector overall," they added. 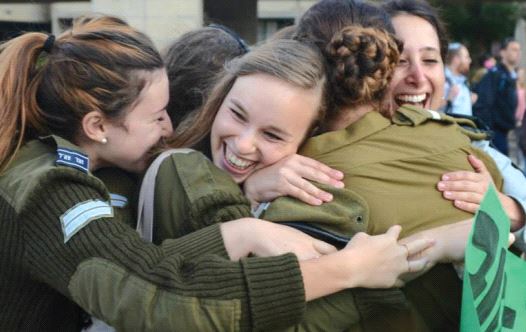 ‘The planned Jerusalem housing facility will reflect our commitment to support female soldiers, minimizing their hardship and expressing the gratitude of the Jewish people in Israel and the Diaspora.’ (credit: ALEXI ROSENFELD)

"Mamriot will not only empower disadvantaged young Israeli women but also help us to establish a regular stream of bright young talent to meet the needs of the growing tech demands of the IDF and Israel," according to Seth Baron, vice president of FIDF's eastern region.