‘Israel’s Nobel Prize’ to be awarded to six people split into three categories: social sciences, life sciences, and the humanities. 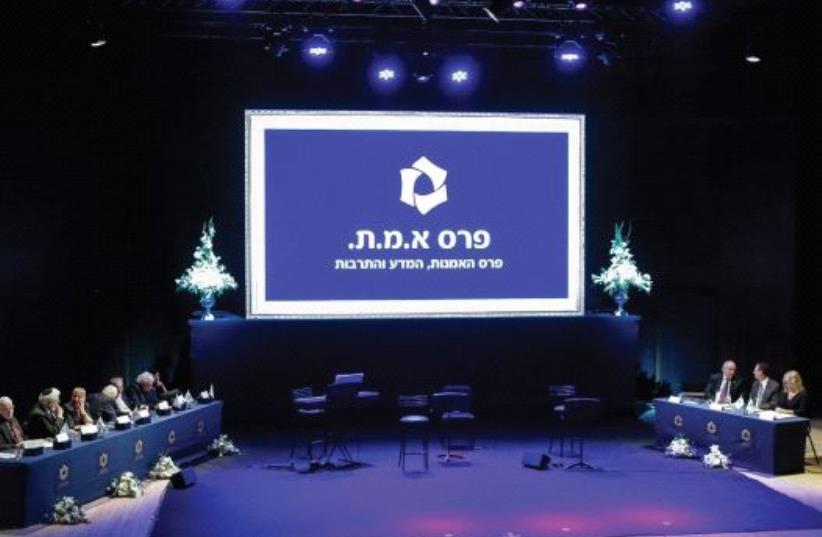 THE EMET PRIZE was envisioned as being the Israeli equivalent of the Nobel and, in fact, most Israeli Nobel winners first received the Emet
(photo credit: DAVID SALLEM)
Advertisement

The EMET Prize, known as ‘Israel’s Nobel Prize,’ awarded for excellence in academic and professional achievements that have made a significant contribution to Israeli society, announced its 2022 winners in three categories: Social Sciences, Life Sciences, and the Humanities.

In the Social Sciences, the winners are Professor Ruth Lapidoth of Hebrew University and Professor Amnon Rubinstein of Reichman University for their academic work and contributions to society in law. Professor Rubinstein is considered the founding father of Israeli constitutional law and has served in several ministerial positions in the Knesset. Professor Lapidoth is regarded as the founder of international-public law in the State of Israel.

The winners in the Life Science category are Professor Hermona Soreq, a professor of Molecular Neuroscience at Hebrew University, for her accomplishments in brain research, and Professor Rafael Malach, professor of Brain Research in the Department of Neurobiology at Weizmann Institute of Science, for his achievements in neuroscience.

Professor Soreq is renowned for her discoveries about the molecular pathways that regulate acetylcholine, one of the most important neurotransmitters in the brain, and Professor Malach is being honored for his achievements in human neuroscience that changed the understanding of the relationship between the structure of the human brain and neuronal dynamics and cognition.

The EMET Prize awardees in the Humanities are Professor Oded Lipshitz from Tel Aviv University and Professor Gideon Shelach-Lavi from Hebrew University for their accomplishments in archaeology. Professor Lipshitz is an international authority on the history and archaeology of the Land of Israel during the first millennium B.C.E.  Professor Shelach-Lavi has conducted extensive archaeological research in North China and Mongolia and has expanded the horizons of Israeli archaeology to areas and cultures that were not previously part of Israeli academic research.