The average monthly cost for baby food in Israel is NIS 164 a month, so government funding will cover that cost plus a little extra.

The Labor, Social Affairs and Social Services Ministry will fund food worth NIS 240 a month for babies aged up to a year in poor families, they announced on Tuesday.

The average monthly price for baby food in Israel is NIS 164 and can sometimes cost more. Families who are recognized by the ministry to be under the poverty line or at risk will receive monthly coupons of NIS 240 to allow them to buy enough food for their babies and have some left over. Families with more than one baby under a year old will receive one coupon per kid.

A study conducted between 2013 and 2018 showed that the prices for baby food rose by 31% in that time compared to the general rise in prices which was 27.7%.

Last week, the Labor, Social Affairs and Social Services Ministry announced a plan to broaden nutritional security for needy families worth NIS 150 million and give organizations that help these families during the holidays an extra NIS 60 million a year.

"The situation in which there are babies in Israel who suffer from a lack of nutritional security as a result of their parents' economic situtations is unbearable, and starting next week, it will be in the past," said Labor, Social Affairs and Social Services Minister Meir Cohen. 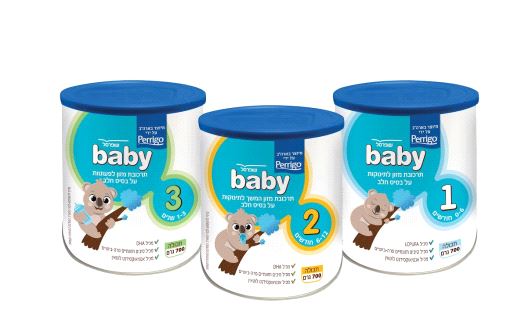 "When I took the job, I set the plans for nutritional security and helping families get out of poverty as flagship plans, and I budgeted them accordingly, and the public will see the results in the coming months."

"This is a great announcement for thousands of poor families in Israel," said Labor, Social Affairs and Social Services Ministry Director-General Sigal Moran. "A welfare policy that leads socially to the reducing of gaps can only be actualized when the basic needs of people are met. I'm happy that we were able to end the awful situation for these babies."