In the Goldberg family, they’ve got division of labor down to a fine art. At home and in the Chabad Center in Rehavia, the many children of Rabbi Yisroel Goldberg and his wife Shoshi help out with the chores. There are many aspects of work undertaken by the rabbi and his wife in which they set the tone and where the children are not always present, though the older ones may be.

For instance, last Friday, Goldberg was exploring the intricacies of the Torah portion for the week at what he calls Kabbalah Café. He used to do this prior to the pandemic and then it had to be put on hold indefinitely, though he continued to teach via social media. To make it as much a social event as a learning event, the Kabbalah Cafe meetings are not held in the Chabad House, but in the Bagel Café on the corner of Ibn Ezra and Keren Kayemet Streets, and the learning is done over a light brunch. These sessions also allow for networking and the formation of new friendships.

In addition, because they are on a Friday, people who are interested in joining but do not live within walking distance of Chabad of Rechavia, Nachlaot or Kiryat Shmuel can take public transport. There are numerous bus routes with stops on or very close to Keren Kayemet Street. The meetings begin at 10 a.m. and last for approximately an hour, which leaves time to shop or sit around afterwards and cement friendships.

At noon last Friday, Shoshi conducted a challah bake in the Kuzari Park, also on Keren Kayemet Street. Participants went home with their parcels of dough to bake in their own ovens, adding not only a spiritual dimension to their lives, but a wonderful aroma to their homes.

■ FOUR GENERATIONS of the Leibler family congregated at the Hazvi Yisrael synagogue last Saturday to mark the first anniversary of the passing of Isi Leibler, who was not only the head of their family, but a longtime leader of Australian Jewry and diaspora Jewry, as well as a regular columnist on the The Jerusalem Post opinion pages for about 20 years. 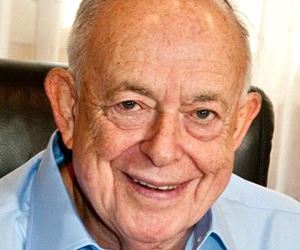 All three of his sons and some of his grandsons, took various roles in the service, and at the kiddush hosted by his wife Naomi, a former president of World Emunah, their eldest son Romy Leibler, recalled that his father had been born in the era in which Hitler came to power, had lived through the most painful chapter in Jewish history and had also witnessed the creation of Israel, where he came to live permanently in 1999.

The reason: There is no permanent seating; it is an absolute no-no at Hazvi Yisrael to tell someone that they’re sitting in your seat. Yet Isi Leibler loved to sit on the aisle seat in the third row behind the bimah and so it was important for him to get to the synagogue sufficiently early, before the seat was occupied by someone else. In addition, if he got there early enough, he could shmooze with fellow congregants who wanted to discuss his latest Post column.

When he became too ill to attend services on a regular basis, Romy took him there on his good days and his face would simply light up with pleasure.

Isi’s community and business leadership abilities were evident from an early age. In Melbourne, where his family migrated from Belgium just before the onset of World War Two, he became the head of Bnei Akiva.

Among other leadership roles he had in the years that followed, were: president of the Victorian Jewish Board of Deputies, president of the Executive Council of Australian Jewry, chairman of the Asia-Pacific region of the World Jewish Congress, founder the Asia Pacific Jewish Association, founder of the Australian Institute of Jewish Affairs, and vice president and chairman of the World Jewish Congress (WJC). Business-wise, in addition to being a diamond merchant, he succeeded in developing the largest travel agency in the southern hemisphere.

What he is best known for is his fearless and enduring dedication to the liberation of Soviet Jewry, which included involving the Australian government in his fight, his public opposition as a very young man to the authoritarian rule of WJC founder Nachum Goldmann, and while in Russia, braving the wrath of the Soviet authorities. He made many friends among the Soviet refuseniks and maintained those friendships when they settled in Israel.

Isi died on the Hebrew calendar date of Rosh Hodesh Iyar, which Romy noted was half-way between Holocaust Remembrance Day and Israel Independence Day. What he may have been unaware of was that April 30, the day of the kiddush, was the 77th anniversary of Hitler’s demise.

Case in point is a marketing delegation of the Jerusalem International Convention Center headed by Rakefet Iluz, deputy CEO of marketing and business development, which was recently in Paris and Brussels for a series of meetings with leading decision makers, aimed at bringing conference groups from those cities to Israel, and specifically to Jerusalem.

Every international conference, especially those of a business nature, helps to boost Israel’s economy and brings tremendous revenues to different sectors of the tourist industry. In Paris, the delegation met with James Debos, CEO of the Eventime Group, whose clients include Nestles, Coca-Cola, several leading pharmaceutical companies and more. The delegation also met with similar organizations that represent a variety of global companies, and hopefully gained more of a foothold in the European market.

■ IN ADVANCE of Jerusalem Day, the Schechter Academic Institute is hosting a 12 lecture course, designed to teach participants about the neighborhoods and streets in which they live beyond what is written on the blue sign boards outside certain buildings. On Jerusalem, lecturers will be Prof. Doron Bar and Dr. Eldad Brin. In addition to Jerusalem, subjects will include the history and geography of the land of Israel.

The course begins on May 9 and continues through October 8, for NIS 250. For more information and to register, email [email protected]