Taub Center's progress report found that Israel's economy is recovering well, health system is having trouble keeping up and education gaps are shrinking. 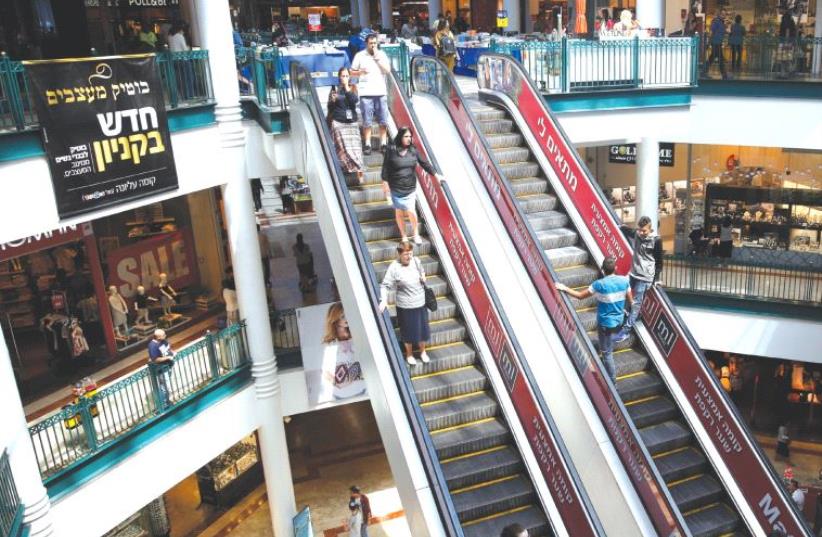 ‘CURRENTLY, THE ECONOMY is doing pretty well. However, the OECD report’s findings exacerbate my fears that we are not doing enough to prepare Israel’s economy, particularly its job market, for the future.’
(photo credit: REUTERS)
Advertisement

The Taub Center has released its Picture of the Nation 2022 report, which presents some of the most substantial trends in the areas of the economy, the labor market, health, demography, welfare and education. Here are a few of the key takeaways from the organization’s extensive research:

The report highlights the unexpected recovery of the Israeli economy during 2021 following the onset of the COVID-19 pandemic: Contrary to forecasts at the time, the economy bounced back fairly quickly in 2021 — GDP grew by about 6% between 2019 and 2021, only slightly lower than the expected growth rate of about 8% had there been no crisis. In addition, the deficit in 2021 shrank to 4.4% of GDP, significantly lower than the forecasts of the Bank of Israel and the Finance Ministry (5.3% and 6.8%, respectively).

In terms of the labor market, the report illustrates that employment has followed a similar trajectory of the economy in the wake of COVID, though it hasn’t yet recovered in full. In 2021, more than 70,000 people remained without work, though for those with jobs, working from home has become significantly more popular during the past two years.

As well, the shock caused by the pandemic led to a spike in welfare expenditure. Relative to 2019, welfare expenditure was increased by NIS 55 billion in 2020. About 70% of the increase was designated for welfare and about 25% for healthcare. Despite this influx of funds, the money isn’t all going where it needs to, as “the take-up rate of [welfare] rights among weaker population groups is particularly low in Israel and they are not receiving the assistance they are entitled to,” states the report. “The reason is apparently the complex bureaucracy involved.”

Speaking of COVID, due to the Israeli healthcare system’s rapid and effective work, The rate of mortality from COVID-19 among confirmed patients in Israel was among the lowest in the world throughout the pandemic. Despite this, the number of deaths due to COVID-19 in 2021 was 73% higher than in 2020. As of 2022 however, that number has fallen to 1,930 deaths in the first two months of the year, compared to 2,400 in the first two months of 2021.

Israel boasts one of the highest population growth rates among OECD countries, which is great for baby supply stores, but the nation’s medical industry is having trouble keeping up. Israel’s medical workforce is lagging behind its population growth, despite an increase in the number of doctors due to the opening of new medical schools and the increase in the number of medical students studying abroad.

This shortage is particularly noticed in Israel’s Northern and Southern periphery, where the number of physicians per capita is significantly less than elsewhere in the country. Between 2018 and 2020, the number of physicians per thousand population in Tel Aviv was 5.8, as opposed to 3.0 and 2.5 in the Southern and Northern Districts, respectively.

Israel has long struggled with its treatment of diabetes; plagued by a high diabetes-related morbidity rate, the country is among the lowest-ranking OECD nations in treatment. If Israel adopts medical practices from other countries that treat the disease more effectively, it could save thousands of lives – and it shouldn’t stop at diabetes.

As written in the report, “a reduction in mortality from diabetes to the median level among the 36 other countries in the ranking would prevent almost 3,400 deaths per year. Further, thousands of deaths per year from other diseases could potentially also be prevented if medical practices that have succeeded in other countries can be successfully adopted in Israel.”

There are several positive trends in Israel’s Arab education space. Coinciding with increased allocation of resources toward the Arab sector, there has been a significant increase in the number of Arab students in Israel. Between the 2009/2010 and 2020/2021 academic years, the number of Arab students registered in higher education in Israel grew by 122%, from 25,951 to 57,552.

The narrowing of the gap between the Arab and Jewish education sectors is the result of a few things, such as a reduced Arab birth rate, an increase in the size of the Arab middle class, larger budgets devoted to education in the Arab sector, and greater focus by the Israeli government on narrowing the gaps between the sectors.

One example of this is the “Masar for Hi-Tech” program, which was announced in March and is due to be launched this Fall. The program aims to equip Arab high schoolers in Israel with the tools necessary to further their education and hi-tech careers.

The program is led by the Tsofen organization, which promotes tech activity in Arab cities and the integration of Arab-Israeli citizens into tech firms; and will be held in collaboration with the Rothschild Partnerships association, the Development of the Periphery, the Negev and the Galilee Ministry; the Umm al-Fahm Municipality and the steering forum for the advancement of hi-tech in the city.

“I believe that the partnership of the government, the third sector, the municipality and the city is the right recipe for realizing the potential of Arab society.”

If the Taub Center’s statistics say anything, it’s that Mahamid is onto something.