The ICA, which provides research, therapy, a telephone call-in service, educational tools, and help for families, receives its funding from the general public and from other nongovernmental sources.

The launch of the annual Israel Cancer Association (ICA) door-knock campaign, which traditionally takes place at the President’s Residence during cancer awareness month, received additional impetus on Wednesday, as the ICA was marking its 70th anniversary.

For President Isaac Herzog, the event held special significance in that the ICA was founded by his aunt, the late Suzy Eban, who was his mother’s older sister.

Speaking of his aunt, Herzog said that every new cancer case filed her with emotion. She also organized information drives in the army and in schools. It was very important to her that people be informed.

She saw her work with ICA as a unique mission that she approached with determination and perseverance, said Herzog.

She also insisted that all patients be given equal consideration regardless of faith, age or gender. 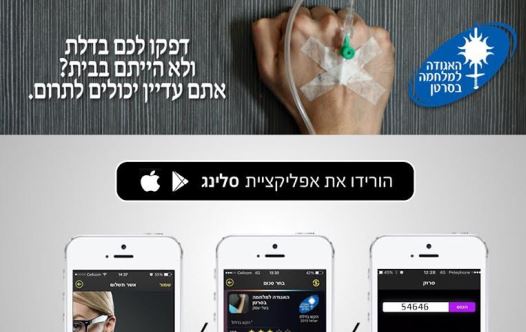 What does the ICA do?

The ICA, which provides research, therapy, medications, a telephone call-in service, educational tools for junior patients, help for families, leisure activities and more, receives its funding from the general public and from other nongovernmental sources.

None of the cancer treatments would be possible without the intensive research that goes into all types of cancer, Herzog underscored, adding that any success in cancer research is another victory for Israel.

He expressed the sincere wish that every cancer patient or former patient now in remission would make a complete recovery.

Health Minister Nitzan Horowitz said that the door-knock campaign is more than just a fundraiser. It also helps to promote awareness.

Success in the battle against cancer, he emphasized, depends on early detection.

Even though the annual death toll from cancer stands at approximately 12,000 people, there is nonetheless a much-improved trend towards remission, he said, and the situation is improving all the time. This is largely due to early detection, he reiterated.

There are also new treatments that are more individually oriented, as well as more options on the immediate horizon said Horowitz, adding that these are all geared to treatment in the early stages.

More could be done, Horowitz declared - if there were a greater investment in medical technology.

ICA Honorary President and Nobel Prize laureate Aaron Ciechanover stated that the ICA is one of the most important organizations in Israel because it does things that the government cannot do, such as maintaining hospices where terminally ill patients can die with dignity.

Noting that some 30,000 people in Israel have some form of cancer, Ciechanover regretted that not all cancers can be arrested or cured, but today most people with skin cancer or blood cancer can be treated with positive results, he said. There are still some very tough challenges such as dealing with brain cancer. Nonetheless, progress is being made, he insisted and was pleased that new, young cadres of researchers are coming to the fore.

In a congratulatory video that she sent, Stella Kyrakides, the EU commissioner for health and food safety, commended the ICA for leading the way in fighting cancer on all fronts, improving rehabilitation and the patient’s quality of life. “You are an example to us all,” she concluded.