Goldfinches are considered a rare and highly sought-after animal in the Arab sector. 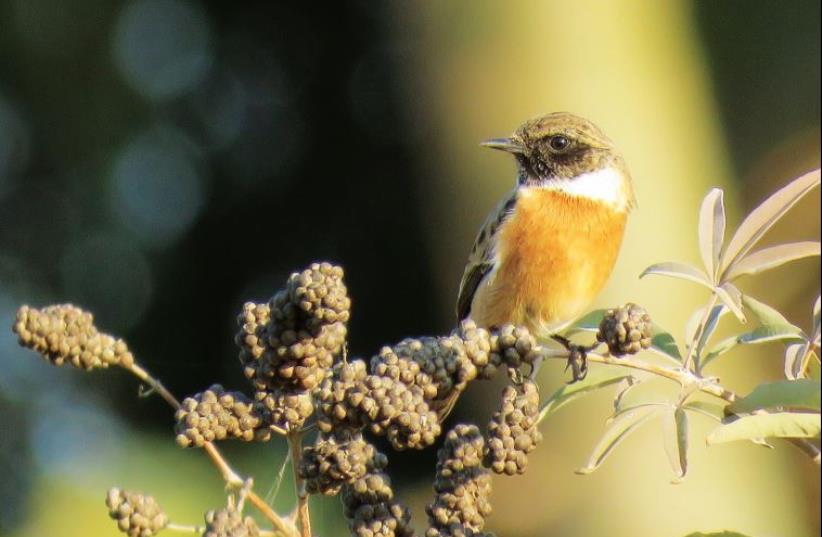 Songbird
(photo credit: TALI NOY MEIR)
Advertisement
Defense officials thwarted an attempt on Wednesday morning to smuggle thousands of shekels worth of live songbirds from Gaza to Israel.Inspectors at the Erez crossing to the northern Gaza Strip confiscated some 30 goldfinches from a 44-yearold trader from Gaza City attempting to convey the birds to east Jerusalem, where they can sell for several hundreds or even thousands of shekels, according to the Defense Ministry’s Coordinator of Government Activities in the Territories unit, or COGAT.This is the fifth time in the past two years that Erez crossing officers have stopped such a smuggling attempt of goldfinches, which are considered a rare and highly sought-after animal in the Arab sector, a statement from COGAT said.The confiscation of the birds at the border was a collaborative effort among inspectors from the Defense Ministry’s Border Authority, the Coordination and Liaison Administration to the Gaza Strip and the Israel Nature and Parks Authority.“During a routine security check of a Palestinian agricultural trader, a resident of Gaza, security guards noticed suspicious signs,” said Erez crossing manager Shlomo Tsaban. “Checking the dealer’s bag revealed a number of birds, tied to and hidden in the side of the bag.”The entry permit of the smuggler was immediately taken by the inspectors, and the INPA is examining the possibility of fining him, in order to reduce the phenomenon of animal trafficking, according to COGAT. The birds will be released by the INPA in southern Israel.“The increase in the amount of bird-smuggling attempts from Gaza and from Judea and Samaria is due to the increase in hunting, which has made the bird a rare animal,” said Uri Madar, the Gaza Liaison and Coordination Administration’s agricultural officer. “We are working in partnership with all parties, Israeli and Palestinian, to help animals in Gaza – this is about saving lives in every respect.”