Meanwhile in other branches of Bayit Yehudi, a decision will be made Sunday who will head the party's list in Jerusalem.

Ashkelon skyline
(photo credit: WIKIPOD / WIKIMEDIA COMMONS)
Advertisement
Amichai Siboni, a veteran adviser to Bayit Yehudi chairman Naftali Bennett, was elected unanimously on Tuesday to head the party’s list in the October municipal election in Ashkelon.Siboni, 34, has been an adviser to Bennett in the Education and Industry and Trade ministries. He has degrees in education and public and political leadership from Tel Aviv University. 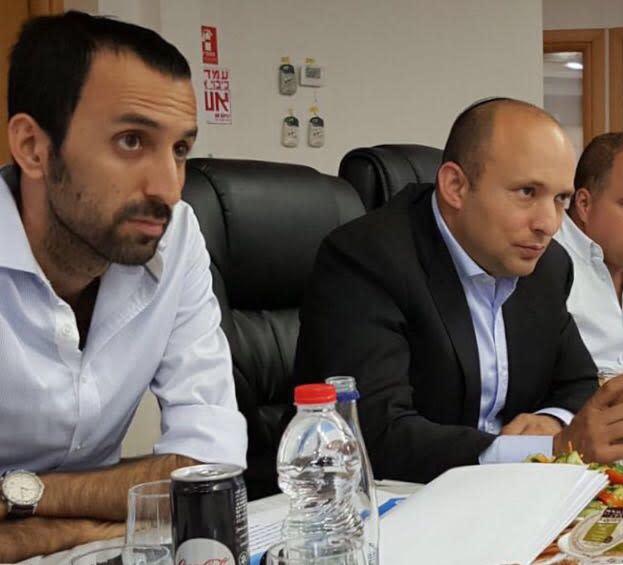 Amichai Siboni and Naftali Bennett
Bayit Yehudi will be running on a joint list in the coastal city with Shas and Agudat Yisrael. The three parties joining together could result in the combined list winning more seats than any other on the Ashkelon City Council.“The party has moved on to a new generation in the city, while five new communities of religious Zionists were built,” Siboni said. “We want to advance the stronger communities in the city and strengthen the weaker neighborhoods.”The Bayit Yehudi branch in the city also elected its first female chairwoman, Reut Drayer-Shpilman, a mother of three, who studied at Bar-Ilan University and Kiryat Ono Academic College.Meanwhile, in other branches of Bayit Yehudi, a decision will be made Sunday who will head the party’s list in Jerusalem. Jerusalem Deputy Mayor Hagit Moshe, one of the leading opposition figures to Bennett in the party, will be a candidate against an as yet unnamed Bennett loyalist. Bennett and Justice Minister Ayelet Shaked will be attending the meeting.Nearby, in Mevaseret Zion, Chicago-born Bennett loyalist Jeremy Saltan, who heads the party’s Anglo division, was chosen to head the party’s list in the Jerusalem suburb. He defeated former deputy mayor Moti Haziza, who is another Bennett critic with strong ties to the rival religious Zionist party Tekuma.Siboni said the rise of Bennett loyalists in Bayit Yehudi’s municipal races was a national trend that would continue.“The revolution of Bennett is happening all over the country, as the party is broadening its ranks,” Siboni said.