Women who had been unemployed or on unpaid leave for extended periods of time will now be eligible for maternity benefits for babies born between January 1 and June 30 of this year. 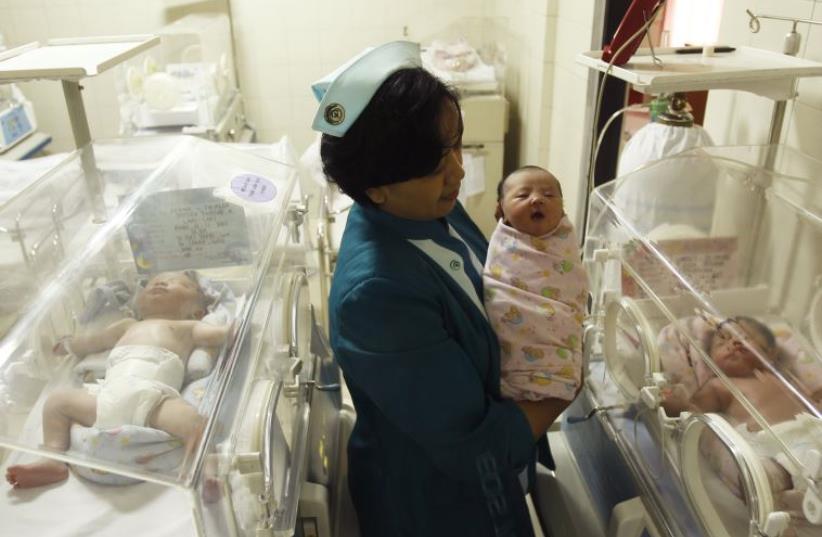 Maternity ward illustrative
(photo credit: REUTERS)
Advertisement
The Finance Ministry and the National Insurance Institute on Monday agreed to ensure that unemployed women who give birth will not lose their maternity benefits.Under ordinary circumstances, women in Israel are entitled to 15 weeks of maternity leave after giving birth, with their regular salaries paid by the NII. However, if the mother has not worked during the 10 months preceding the birth, she is generally not entitled to maternity payments. Furthermore, she would also be barred from collecting unemployment benefits during the 15 weeks after birth because she is legally not allowed to work during that time.This meant the mass layoffs taking place throughout the pandemic would have caused thousands of women to lose both their maternity benefits and their unemployment payments this year, The Jerusalem Post reported Sunday.The Finance Ministry has now fixed the situation, stipulating that women who had been unemployed or on unpaid leave for extended periods of time would be eligible for maternity benefits for babies born between January 1 and June 30 this year.“I am glad that we found a solution to a painful problem that arose due to the extension of unemployment benefits during the coronavirus [crisis],” Finance Minister Israel Katz said.“Assisting women who have given birth is vital and necessary and will assist mothers in maintaining the extended family,” he said. “The coronavirus pandemic has created many economic challenges for the citizens of the State of Israel, and I have promised we will not leave anyone behind. We will continue to improve and improve the safety net as much as necessary and help the general public until the disease is completely overcome and returned to normal.”