The officer stole gas and stun grenades and used his firearm in a residential area during his service in the West Bank. 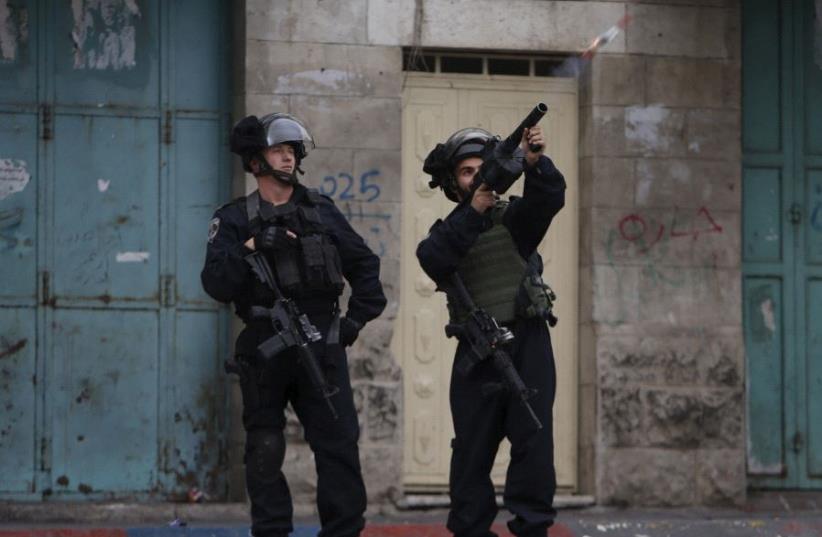 An Israeli border police officer fires a tear gas canister during clashes with Palestinian protesters in the West Bank city of Hebron November 5, 2015.
(photo credit: REUTERS)
Advertisement
The Haifa District Court sentenced a former Border Police officer to one year in prison, a prolonged probation and a fine after he was convicted of theft and illegal possession of weapons during his regular service in a West Bank operational sector in the West Bank.The State Police Investigation Department claimed that the defendant had exploited his access to weapons due to his service at the battalion commander's front command in order to steal stun grenades and a gas grenade, which he later sold.In addition, he consumed cigarettes containing cannabis, including during his service at the base, grew several cannabis plants and purchased cannabis through the Telegrass Telegram group in order to resell it.The former officer also shot his personal firearm in a residential area, behaved recklessly with it and threw a gas grenade into a public spring.The District Court accepted the department's position, convicting the officer of all offenses attributed to him, and sentencing him to a one-year imprisonment, three 12-month probation periods and a NIS 2,500 fine.