The play plumbs the mechanisms of incitement/violence in reference to radical theater person Gil Bardugo who fell into a coma because of such activity. 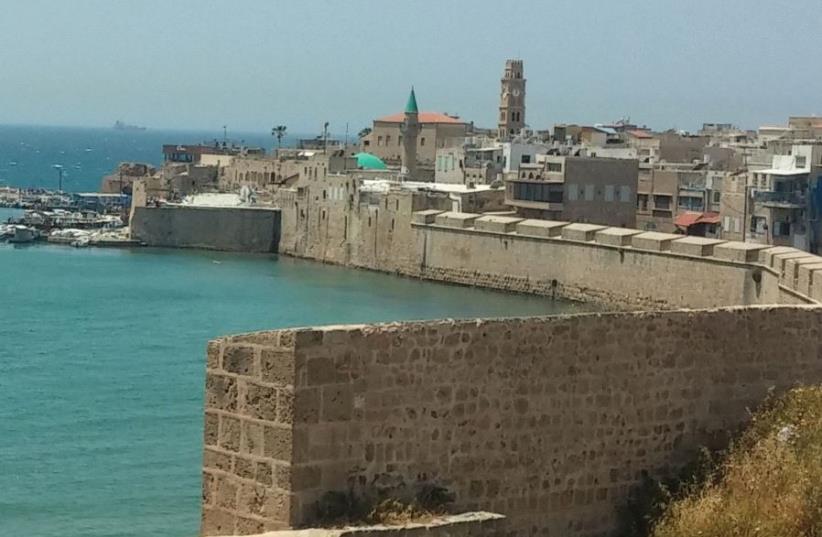 A view of Acre harbor
(photo credit: SHELLEY BRINN)
Advertisement
Two productions shared the top prizes at the 40th annual Acre Fringe Theater Festival that ended October 17.Best Production went to the Movement Theater piece by Mika Kupfer, By Virtue of a Single Movement, for its daring and the originality of its thinking. Kupfer also won as playwright and director for the “surprising orchestration of all the elements of the production.” By Virtue also gained the Best Sound and Music prize for Yaniv Hayun in that it “adds a dimension to the events in time and space.” It also won Elad Kalai Best Design.By Virtue was said to be “dynamic movement theater that veers between extremes such as reality/fantasy, abstract/concrete, construction/destruction.” The other big winner was Not in the Public Interest by Ina Eisenberg, garnering the Best Actor/Actress award for Shalev Gleber and Maya Koren, while Gay Ron won the Remarkable Performance prize because he was both drummer and actor. The play also won Promising Director for Matan Amsalem.The play plumbs the mechanisms of incitement/violence in reference to radical theater person Gil Bardugo who fell into a coma because of such activity.There were eight plays in the competition. The five-member panel of judges was headed by playwright/director Yossi Izraeli.