Other employees of Israel Radio and Channel One have had myocardial infarctions in recent weeks, and several others have collapsed without suffering a heart attack. 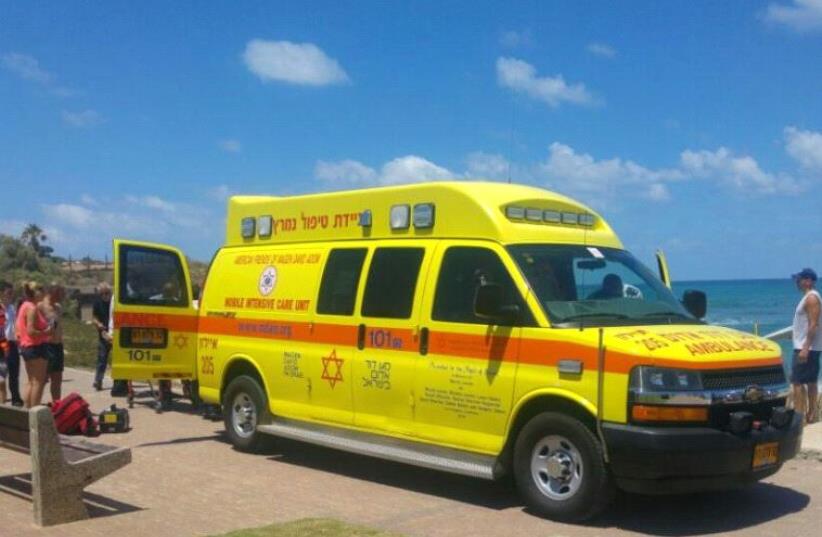 Magen David Adom ambulance.
(photo credit: MAGEN DAVID ADOM)
Advertisement
David Hanufa, 53, a Haifa-based cameraman for Channel One, became the latest victim of tensions surrounding the uncertain future of public broadcasting.Fearful that he would find himself jobless on May 1 – which ironically is May Day, the universal annual workers’ festival – Hanufa suffered a serious heart attack on the eve of Passover and was taken to Hillel Yaffe Medical Center just in time for the bypass operation that saved his life.Other employees of Israel Radio and Channel One have had myocardial infarctions in recent weeks, and several others have collapsed without suffering a heart attack, according to an Israel Broadcasting Authority spokesperson.Upon learning Hanufa’s profession and place of employment, the cardiologist treating him said severe tension caused the heart attack, and that under the circumstances she was not surprised.“No one understands what’s going on between the Broadcasting Authority and the Broadcasting Corporation,” she said.In a radio interview on Wednesday with Aryeh Golan on Reshet Bet, coalition chairman David Bitan said he was unsure if changes to the Public Broadcasting Law would be ready before the end of the month. At that time, the IBC is scheduled to go on air and the IBA is slated to become history.After declaring himself unhappy with the proposed amendment to the law, which was prepared by teams from the Communications, Justice and Finance ministries, Bitan said he thought that changes demanded by the government could only be implemented in three months, after new IBC management and a director general have been appointed.