Established in 1993, Check Point, one of Israel's largest technology companies and one of the world's leading cybersecurity companies. 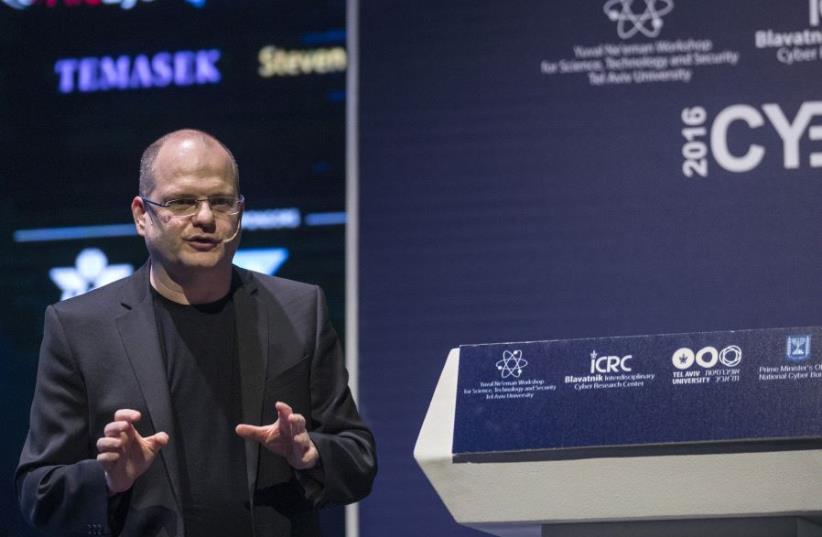 Gil Shwed
(photo credit: JACK GUEZ / AFP)
Advertisement
Gil Shwed, the founder and CEO of Check Point Software Technologies, will be awarded the inaugural Israel Prize in the field of technology and innovation, Education Minister Naftali Bennett announced on Sunday.Bennett said that he had decided to establish the new category for the Israel Prize in honor of the State’s 70th birthday.“His story is the story of Israeli hi-tech,” Bennett said of Shwed. “As an alumnus of Unit 8200 who founded Check Point, he paved the way and was an inspiration to me and to thousands of Israeli hi-tech entrepreneurs, and contributes his energies to education in Israel.”Established in 1993, Check Point is one of the country’s largest technology companies and one of the world’s leading cybersecurity companies.The prize selection committee, chaired by hi-tech entrepreneur Shlomo Dovrat and including businessmen Ran Meidan and Eilon Tirosh, hailed Shwed’s influence on “Israeli society and global technology.”The prize committee wrote in its decision that Shwed “is considered a pioneer and an inspiration, an example and model for the ability to grow innovative technologies and a successful and thriving multinational company operating to this day from the State of Israel.”The prize committee added that he has been a significant figure in the development of Israel’s hi-tech industry for nearly 25 years, having founded one of the world’s leading companies in the field of information security and cyberspace, and creating thousands of jobs as well as representing Israel’s excellence and human capital worldwide.The committee also noted Shwed’s contributions in “helping to promote leadership and excellence among talented youth, with an emphasis on the social periphery” and to “nurturing the future generation in Israel.”Shwed was born in Jerusalem in 1968 where his fascination for computers began at a young age. When he was 14 years old, he began working with computers and while in high school he began studying computer science at the Hebrew University of Jerusalem. He then joined the elite IDF Unit 8200, where he worked on innovative computer projects.In 1993, Shwed co-founded Check Point and is considered the inventor of the modern firewall.“I was moved to receive the announcement that I had been selected to receive the Israel Prize, especially in a field so greatly associated with our country and Israeli society,” Shwed said in a video recording released on Sunday.Shwed said that though the prize was awarded to him, all Check Point employees in the last 25 years deserve the award.“Together we have created a solution to a global problem and have made the world a safer place,” he said.“The State of Israel is a wonder and our industry, the hi-tech industry, transforms the innovative spirit that is pulsating here into products that improve the world and change the lives of all citizens of the world wherever they may be,” he said.The Israel Prize is largely regarded as the state’s highest honor. It is presented annually on Independence Day in a state ceremony in Jerusalem in the presence of the president, the prime minister, the Knesset speaker and the Supreme Court president.