A new festival in the Galilee

The Open Museum in Tefen hosts a three-day musical event. 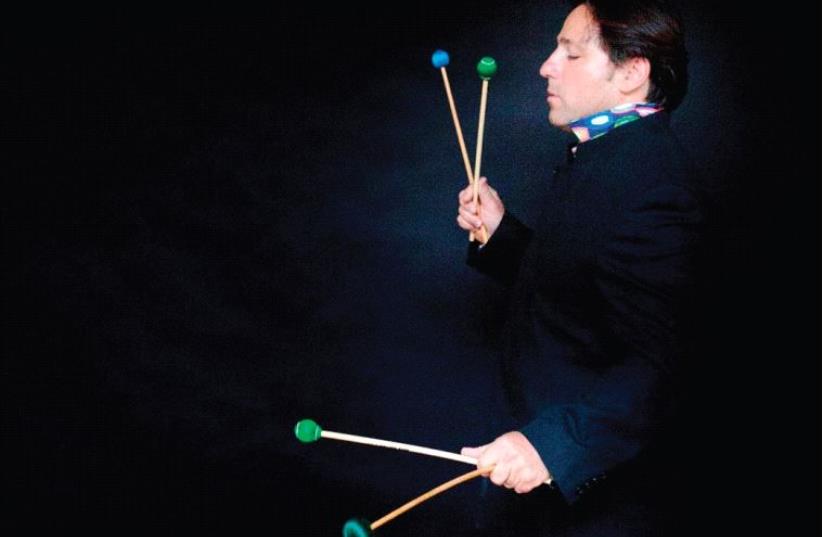 Chen Zimbalista
(photo credit: ANGELICA SHER)
Advertisement
‘The Open Museum in the Tefen Industrial Park in the western Galilee is a great festival venue,” says percussionist and conductor Chen Zimbalista, the artistic director of a new festival. “The museum provides beautiful spaces for music making, the landscape is captivating, and the air is fresh and dry. Tefen is situated 800 meters above the sea level, which is a pleasant change from the suffocating Tel Aviv humidity.”The festival, which takes place from August 25 to 27, is not just another lovely series of concerts in a natural setting but a very unusual musical event.Two Israeli orchestras – the Jerusalem Symphony Orchestra and the Sinfonietta Beer Sheva – will participate. In addition to symphony and chamber concerts, the festival program features master classes for young Israeli musicians, conducted by leading local and international performing artists, such as the JSO’s principal flutist Noam Buchman; harpist Gitit Boazson of the music academy; JSO principal violist Amos Boazson; Shira Ben- Yehoshua, the Haifa Symphony’s principal oboist; Janna Gandelman, the principal violinist of the JSO; Dmitry Yablonsky, an acclaimed cellist and conductor; Roman Kott, the principal French horn player of Sinfonietta Beer Sheva; and Adiel Shmit, cellist and conductor.“I have quite an unusual connection with the Open Museum,” says Zimbalista. “At present, more than 100 works of my late mother [sculptor Ofra Zimbalista] are on display there.Ruth Ofek, the curator of the museum, suggested that I give an end of the summer concert in Tefen. But I thought, ‘Why just a concert? Let’s have a festival!’” Zimbalista, who is active as a performer and educator, has just completed his third term as artistic director of a concert series with the Jerusalem Symphony and Sinfonietta Beer Sheva orchestras.“These series included cooperation with local music centers and young musicians,” says Zimbalista.“We invited young musicians to play with us in symphonic programs and commissioned special pieces for the two orchestras – the Trom Tzlil youth orchestra and the Jerusalem Symphony – such as a piece by Amit Weiner, which was recently premiered by the JSO. These are pieces they are able to perform – and they learn through it.”Zimbalista felt it was time to launch a new educational project.“We still don’t have a name for it, so we are calling it The Project,” he says. “It will function during the entire year. We chose seven teachers, musicians, as well as conductor Dima Yablonsky. In addition, we have 18 music students from around the country. The programs feature symphony and chamber music, pieces by Piazzola and Ravel, arranged for this occasion by composer Evgeny Levitas, as well as master classes and rehearsals, which will be open to the public.”During the festival, the audience will get a rare chance to follow performances in the process of development, starting from Noam Buchman and Jeanna Gandelman working with the students on the flute and violin parts at their master classes, to the orchestral rehearsal and to the performance in the evening.“Granted, it’s a bit risky – to throw the young musicians into the water. That said, I know that they have all have the scores and their teachers are simply brilliant, so they are already learning their parts. One thing is sure – it can’t be bad!” he asserts.Chamber music performed by the teachers will also resound at the festival venues.“It will be an intriguing encounter between the mature and the young, and these opposites always inspire me. Again, it is true that the sound the young musicians produce has not yet crystallized and their musical concepts are not that clear, but their drive, their desire to learn, to perform and to succeed bring freshness and great energies into the music making.They are just precious, and one hears it,” says Zimbalista.He adds, “We mature artists learn from the young musicians, too. After 20 or 30 years on stage, you think you know everything and nothing can surprise or move you. And then you see these young kids and you think, ‘Wow! That’s how I felt about music when I was young.’” Speaking about the educational value of the festival, Zimbalista explains that the experience the students receive during the rehearsals is hard to overestimate.“They get explanations and practical advice from their tutors ‘live,’ and that is something you can’t learn in a regular lesson in your music academy class.Just imagine – you are at a real symphony rehearsal, and the conductor says, ‘No, that is not what I want,’ and you simply don’t know how to achieve the demanded sound. But your teacher is here and immediately provides you with the necessary professional explanations,” he says.Zimbalista accentuates that the festival is a part of the major project.“During the year, the students from all over Israel will meet the leading musicians of the country’s orchestras in Beersheba and Jerusalem and, after studying with them, will participate in the concerts.So this is sort of an umbrella project for young performers. It’s important to understand that although we have quite a few wonderful music teachers in Israel, not all of them are active as performing artists. And there is a special knowledge that only a performer can share with the beginner musicians,” says Zimbalista.“Later, our students will be invited to perform in our concert series as orchestra members or even as soloists. I believe that this project will bring us a new generation of performing artists, but not only. Those who do not become professional musicians will join the concert-going audience, which is also important,” he says.Zimbalista adds that the festival hosts youngsters from the Galilee village of Kishurit for challenged children. A fund-raising event for needy children, both Jewish and Arab, will take place in Jerusalem later this year.“In our project, we have Jews, Arabs, Armenians – you name it. No politics here. We are here for the sake of these kids, for their future, for the music. Politics is simply irrelevant here,” he says.Admission is free to most events of the festival, supported by the Malibu construction company.Concert tickets cost NIS 30.For reservations: (04) 910-9613; (04) 910-9611 The event page in the Facebook: https://www.facebook.com/events/1740111662937810/