A tale of two Milchans 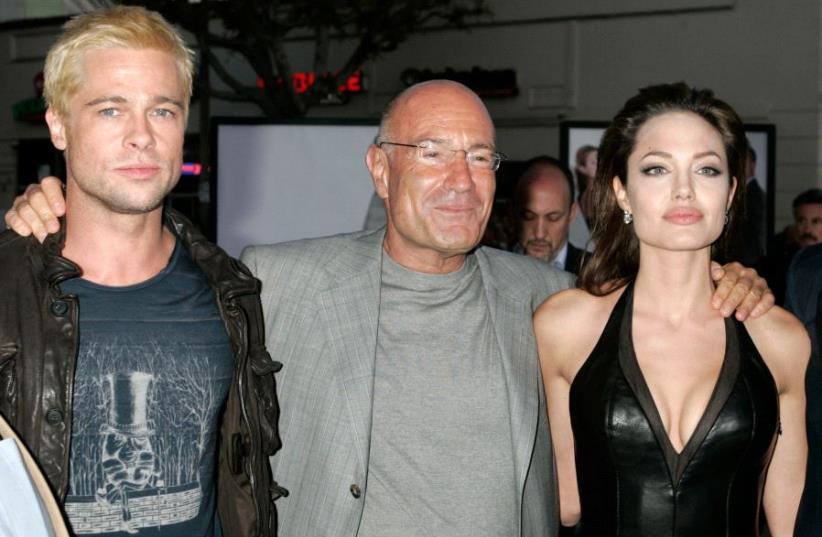 US actors Brad Pitt (L) and Angelina Jolie (R), stars of the new action film "Mr. & Mrs. Smith", pose with one of the film's producers, Arnon Milchan of New Regency at the film's premiere in Los Angeles June 7, 2005
(photo credit: REUTERS)
Advertisement
Famed Hollywood producer Arnon Milchan was the subject of two very different sets of headlines in the news media on Wednesday.Within Israel, as well as in several outlets abroad, Milchan’s name was once again splashed across newspapers and TV in relation to his involvement in the corruption investigation against Prime Minister Benjamin Netanyahu.But within Hollywood, news outlets were abuzz with the report of his latest project, a TV series based on James Ellroy’s 1990 novel L.A. Confidential. The series is being developed by CBS and produced by Milchan – who was also behind the acclaimed 1997 film.News of the new TV show broke about 10 hours after the story that Milchan had been questioned by Israeli police for the third time in connection to the Netanyahu scandal. Police questioned Milchan in London last week, over accusations that he improperly influenced Netanyahu by providing lavish gifts to the prime minister and his family.While Milchan has been questioned twice by Israeli police already, this was the first time he has reportedly been considered not just a witness, but a suspect. Reports have alleged that Milchan’s gifts – cigars, champagne and jewelry – were designed to induce Netanyahu to intervene with the Israeli producer’s US visa status.But in Hollywood, as they say, the show goes on. And Milchan – who has produced dozens of films and won two Academy Awards – continues to be a power player in the film business. So while Deadline.com on Wednesday listed Milchan’s producer credits, and LAist said it was keeping its “fingers crossed” the new series would find success, The Jerusalem Post speculated that Milchan’s questioning could indicate an indictment of Netanyahu is more likely and Al-Monitor said it indicates the “noose of investigations” is tightening around the premier.Can Milchan continue to live this duality? At 72, he shows little sign of slowing down, and his production company, New Regency, has been involved in some of the biggest films in the past decade, including 12 Years a Slave, Gone Girl, The Big Short and The Revenant. But if he continues to be embroiled in Israel scandal – including a possible indictment – his Hollywood activities may be curtailed.Of course Milchan isn’t exactly a stranger to scandal – a 2011 book alleged he had a past as an arms dealer and a spy for the Israeli government. Milchan denied some of the allegations, but admitted he worked in some capacity to help the fledgling Jewish state.In a rare interview last year with The Hollywood Reporter, Milchan said, “Listen, you’ve got to understand something. When you’re a kid and your father comes home from the war shivering from malaria, just before the independence, and this little country called Israel becomes a test ground for the Anglo-Saxon countries to try their missiles and planes against the Russians during the Cold War, of course you help. I was in agriculture and pharmaceuticals. That’s not spying – that’s helping Israel to survive. I don’t know what a spy is, but that’s not what I was. If I was a spy, I wouldn’t have time to talk to you.”Milchan, who had close ties to the late president and prime minister Shimon Peres, added that “I definitely helped Israel, and I still will. Listen, I’m an 11th-generation [Israeli] – 400 years, mother, father, all the way to King David.”Clearly Milchan’s reputation survived the storm which surrounded the 2011 book. Can he survive this one as well? With a full slate of New Regency produced films coming in 2018, it’s likely the box office will be the one to decide.