A thorn in the Nazis’ side 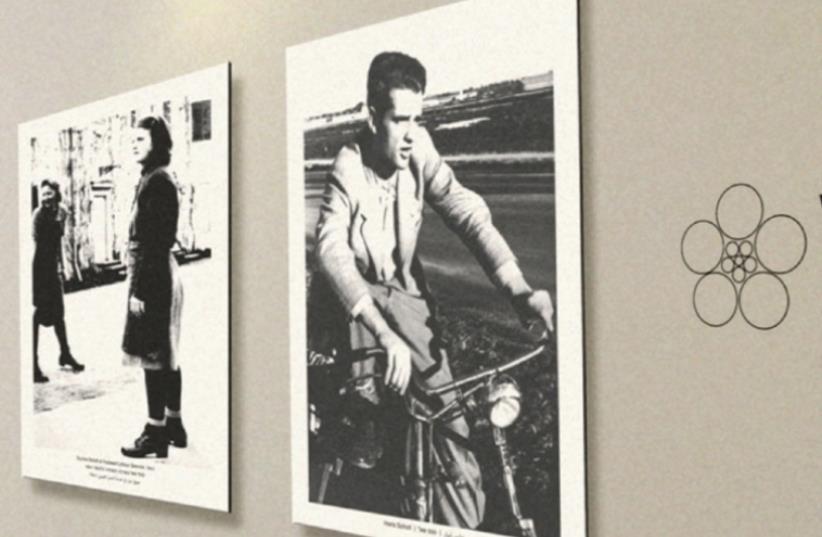 THE WHITE Rose exhibition at the Ghetto Fighter’s House displays photos and descriptions of the resistance group members as well as leaflets written and distributed by them.
(photo credit: Courtesy)
Advertisement
The tales of Jewish resistance during WWII are well known, but the story of a group of German university students who distributed anti-Nazi regime leaflets from 1942-1943 is almost unknown. The new exhibition at the Ghetto Fighters’ House Museum aims to change that and shed some light on this lesser-known resistance. For the first time ever, the White Rose educational exhibition is on display in Israel. The exhibit, which showcases both photographs and original leaflets, kicked off its opening night on November 15, with support from the White Rose Society in Munich, the Goethe Institute and the German Embassy in Israel. Evelyn Akherman, curator of the GFH Museum, talked to The Jerusalem Post about the White Rose exhibit and why it’s so important.Can you give some background on the exhibit? Well, it is the 50th anniversary of relations between Israel and Germany. We decided to show the White Rose exhibition because we saw the link between the resistance of young people in Nazi Germany to our museum, which is about resistance.So that was immediately something that we wanted to be a part of because most of our visitors are young people, and we wanted to show young people that every time you are in a radical situation, you have your own choice to make. They have this exhibition permanently in the University of München. The one we are showing is a smaller, traveling one not in the museum itself, but in the Center of Humanistic Education that we have in the museum campus.It’s the content of this exhibition that is important; a lot of people in Israel had never heard about what those young students did in 1942 and 1943, and the price they paid for their resistance.

Why do you think it is that people in Israel haven’t heard this story? I think that Israelis have a black and white narrative when it comes to the Nazis, which is understandable because they murdered so many Jews. It’s hard for us to believe that there were some Germans who spoke out against the Nazis. It’s easier for us to say that nobody cared; this narrative is much simpler. I was speaking with the founder of the White Rose Foundation, and she said that sometimes when they want to ask if institutions in Israel will want to display this exhibition, they feel a bit ashamed. Not that they are saying that all Germans at that time were good, but this particular group made an astonishing decision, so why not show it?How was the opening night? About 200 people came and most of them said that they had never heard about this group. I believe we can make a lot of educational work from this exhibition with students. The opening was very emotional and intellectual at the same time. The professor who spoke gave a brilliant lecture about resistance in Nazi Germany, and which kind of resistance we want to teach the next generation. This was the first time that the White Rose exhibit was shown in Israel, and I believe that it’s a good thing.We want to teach people to be critical; to analyze what’s going on around them and not be so sure about their opinions; to ask themselves where they want to be in the day-by-day. From this exhibit, we have made two workshops.

Can you talk about the workshops? The workshops are more like discussion groups that will ask students questions. Are you betraying your country if you say that you are against the opinions of the government? What is loyalty? What is fallacy? Is it easier for young people to make these kinds of decisions? When you take a stand, do you always pay a price? Questions like those; it’s really a case study for us with students who come to the museum. We want to challenge what they think about the exhibit, and hopefully cause them to have some insights about their own lives.Do you have a particular photograph from the exhibit that stands out as your favorite? The last one is about the price that the group paid for their resistance. We didn’t display everything we were given because we didn’t have enough space. But this one is a big panel without photos. We also have a panel that’s sort of a map, displaying where all the leaflets were distributed that the White Rose students wrote. That gives you the impression that those leaflets really made an impact; and also that the students themselves made an impact. There is also a photo of a Nazi soldier who was against the war, and was in the resistance group. He did what his country required of him, by joining the Nazi army, but he still had his own opinions that it was wrong. There were people in Germany who were against Hitler, but this group was specifically against what the Nazis were doing to the Jews. That is something unique.What is the take home message of this exhibit? Every person in any situation always has the choice to be good. It is a very humanistic message, and if everybody thought like this, we would be living in a better world.The White Rose exhibit is ongoing at The Ghetto Fighter’s House Museum at Kibbutz Lohamei Hagetaot in the Galilee. For more information visit www.gfh.org.il.
Advertisement
Subscribe for our daily newsletter