A tribute to Hungary 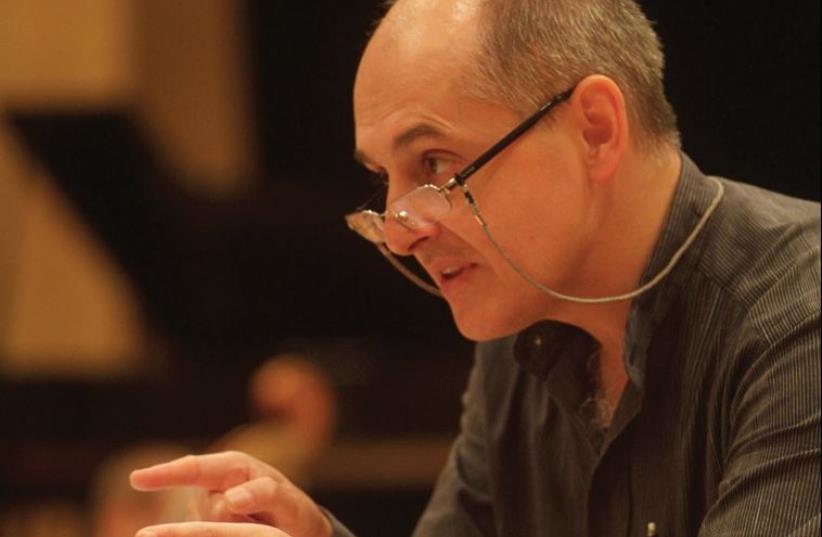 Israel's Contemporary Players
(photo credit: PR)
Advertisement
Israel Contemporary Players open their 25th season with concerts under chief conductor and music adviser, Hungarian-born Zsolt Nagy. Over the years, the ensemble has made a great cultural contribution by introducing local audiences to major pieces of 20th-century classics, as well as commissioning pieces to Israeli composers. In addition, the ensemble’s home – HaTeiva, an intimate hall in Hatzerot Yafo, hosts intriguing music and musical theater productions.Nagy is an internationally renowned conductor who has been active as an opera and concert conductor since 1987. He leads major orchestras throughout Europe, as well as America and the Far East. He has premiered more than 500 new compositions, has made a number of radio and CD recordings, and has received an award for excellence in performing new Israeli music.In a phone interview, Nagy, who is known in Israel as a leading specialist in contemporary music, says that he conducts pieces from the 20th and 19th centuries. “I had a classical education and have been conducting everything from Bach to early 20th-century music. I think it was my encounter with composer Péter Eötvös that sparked my interest in contemporary music. He probably felt that it suited my personality. I am interested in the present and the future, so he encouraged me to go in that direction,” he explains.“Strangely enough, it is only in music that people stick to the past. Can you imagine going to an exhibition only because a painter works in Rembrandt’s technique or attending a Shakespearean play performed in the costumes of his era (if it’s not the Royal Shakespeare Company)? I would never do it. Shakespeare is still important, but the costumes less so,” he says.So why is the music world so archaic? “I think it has to do with is the music ensembles’ management. They are afraid that people won’t come. But I think that’s wrong. After all, a good musical evening is what audiences want. And you can achieve that with a good performance of Ligeti but cannot with poorly played Mozart. I believe it’s all about the quality of music making. The classical music repertoire is enormous; we have 500 years of European classical music to choose from, so why should we play only that of the 19th century?” Nagy came to the Israel Contemporary Players almost by chance. “In 1996, Dan Yuhas [the founder and driving force behind the ensemble] called me, as he was looking for a last-minute replacement for a conductor who was ill. Two years later, I started to work with the orchestra on a steady basis,” he recounts.The conductor has nothing but praise for the ensemble. “The ensemble undergoes changes. Since it moved from Jerusalem to Tel Aviv, some of its older members from the Jerusalem Symphony Orchestra can’t participate in the ensemble’s activities. But new enthusiastic musicians have replaced them, and that makes me happy. And I know they don’t do it for the money, since the fees are so small, but out of interest in contemporary music and the exceptional opportunity to play it. It’s a shame that this ensemble is so badly supported by the state,” he comments.Nagy thinks that the audience is interested in contemporary music but does not believe that following the ensemble’s activity helps them understand music better. “This is not about education or about understanding. Show me a person who understands Bach’s fugues, I want to talk to him! But if people are open and have a healthy interest in new things, you can play contemporary music for them.”Miklós Lukács, a Hungarian cimbalon player, is performing in the concerts.“Since this is the celebration season and the season opener, we, together with artistic director Dan Yuhas, decided to offer something really special,” he says. “Lukács is probably the world’s best cimbalon player, and he has not been here for maybe 10 years. The program features one classical piece, Ragtime by Stravinsky. Then Peter Eötvös’s concerto for cimbalom will be premiered. Since the piece was composed for the Salzburg festival, he took Mozart’s unfinished works and wrote variations around them. The program also features Ligeti’s Chamber Concerto , which is one of his best pieces; a short piece by Roger Redgate called Pierrot on the Stage of Desire; and the world premiere of Cosmic Progressions II by Israeli composer Eitan Steinberg.”The concerts take place on October 31 at 8:30 p.m. at the Tel Aviv Museum of Art and on November 1 at 8 p.m. at Mishkenot Sha’ananim in Jerusalem.