Art: Down to earth

The multifaceted exhibition ‘bodyblaze’ of ceramic sculptures by Israeli artist Shamai Gibsh is on display at the Periscope Gallery in Tel Aviv. 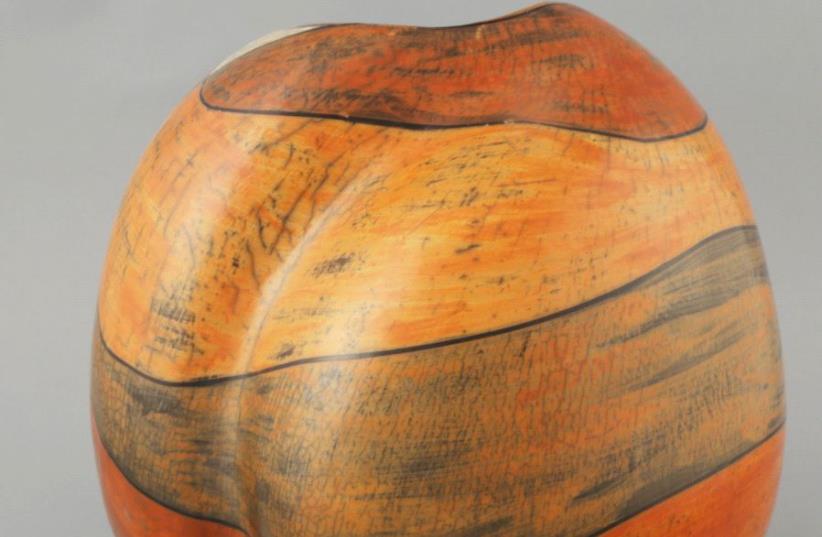 A piece of art from Shamai Gibsh 's solo exhibition “bodyblaze”
(photo credit: Courtesy)
Advertisement
On show through 6 May at Tel Aviv’s Periscope Gallery is a delicate, yet powerful exhibition of ceramic creations of Shamai Gibsh. The solo exhibition, “bodyblaze,” highlights Gibsh’s innovative techniques and thought-provoking concepts.“Shamai Gibsh’s work transforms clay into conceptual objects that fluctuate between abstract and form” said exhibition curator Reuven Porat.Gibsh is an Israeli artist, educator and world traveler who examines and reinvents various ceramics practices. In this exhibition, Gibsh employs a handful of unique and historic techniques, the most prominent of which is ‘terra sigillata’, observable in the rust and orange toned sculptures.“Terra sigillata is an ancient Hellenistic technique that involves painting a thin layer of earth onto the piece, which once fired acts as a seal and gives the surface sheen” said Gibsh.Gibsh takes this early method a step further, by incorporating his personal travel experiences into his craft by gathering earth abroad for use in his sculptures. The avid traveler says that his journeys serve as a significant source of both inspiration and materials. “I travel around the world and collect clay” said Gibsh. “I will use the samples of earth from multiple countries in a single sculpture, and it is as if I am creating a new country made of unified earth from many nations.” 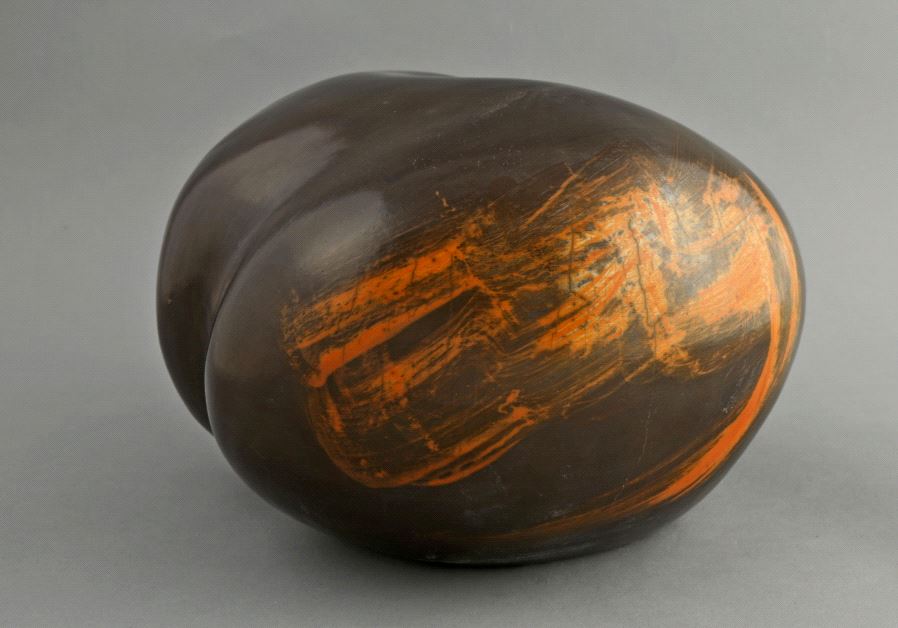 One of the most striking works in the exhibition is a wall of masks, which are individually intriguing as they feature various facial expressions and features along with an array of technical styles.Among these methods is another ancient practice, developed in Egypt in the 9th century, known as ‘Arabian Luster.’ Gibsh implements this technique creating works that can appear almost glass-like with varying luminosity and sheen depending on the viewpoint or angle.At one side of the exhibition, a dozen sculptures are presented like trees, at varying heights, on metal stands. These works feature an array of figures and faces, male and female. Portraits on large, plate-like medallions feature the artist’s friends and colleagues from each corner of the globe. In another corner of the space are spherical objects with sharp angular elements, part of the “Birds on a Steep Slope” series, which are inspired by a poem composed by Gibsh’s partner. In his exhibition, Gibsh takes the viewer on a journey to ancient times and around the globe with a selection of ceramic works that are simultaneously are academic and aesthetic.“Exemplifying different methods of alternative firing, Gibsh transgresses the traditional and anticipated, and creates an approach in which the fire emblazes the body and the body blazes the fire” said Porat.