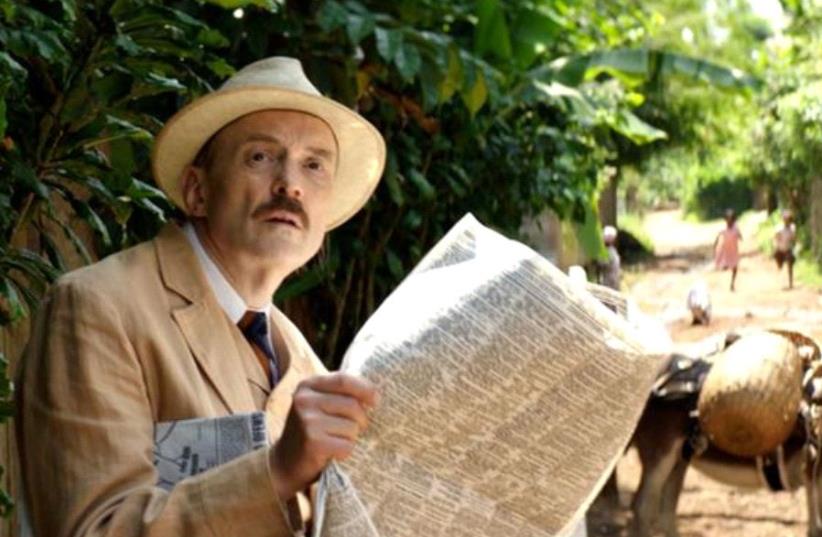 A scene from the Austrian film 'Stefan Zweig : Farewell to Europe'
(photo credit: X VERLEIH)
Advertisement
The Austrian Cultural Forum is currently presenting the second annual Austrian Film Week in Israel with a line-up of six new-releases, two of which are Israeli premieres.“The film week brings recent cinematographic works to Israel in order to promote the Austrian movie scene, which is getting more and more present internationally” said Johannes Strasser, Director of the Austrian Cultural Forum Tel Aviv.These top Austrian films will be screened at the cinematheques in Haifa, Herzliya, Holon, Jerusalem, Sderot and Tel Aviv, on dates throughout February and the beginning of March. The films will be screened in their original German with subtitles in both English and Hebrew.“The reaction from the first Austrian film week was amazing. It was a huge success. This is why we are now screening all the movies in six cinematheques across the country” said Strasser. “The second edition should foster this success and help in further promoting Austrian culture and in particular the Austrian creative movie scene in Israel.”Among the films being presented, will be “Bad Luck” and “Love Maybe”, which make their Israeli debuts. The former is a tragic-comedy of three interwoven narratives about wrong decisions, chance and the search for happiness. The latter,a drama from Austrian director Michael Kreihsl, shares the fates of a handful of people in Vienna resulting from their difficulty communicating.  Kreihsl will attend the screenings of his film in Tel Aviv, Sderot and Jerusalem, and be available for discussion afterwards.The wonderfully diverse selection of films also includes “Kuma,” an emotionally-rich story about the drive of a Turkish, Muslim family to preserve their traditional values, while living in Austria. “Kuma” (in Turkish “concubine”) is a film about suppressed desires, unspoken words and the changing socio-political climate.“For the Israeli audience I think the movies “Stefan Zweig” and “A German Life” are of particular importance, given their content” said Strasser.“Stefan Zweig : Farewell to Europe” is the award-winning historical drama about the renowned Jewish Austrian writer’s years in exile and his internal struggle regarding the events of war-torn Europe.“A German Life” is a thought-provoking documentary about the unbelievable biography of the now 104 year old Brunhilde Pomsel, the former stenographer for Nazi Propaganda Minister Joseph Goebbels, who had unfiltered access to the Nazi center of power. Her personal journey into the past leads to the disturbing question: how reliable is my own moral compass?“A German Life” is one of two documentaries being screened at the Austrian Film Week this year. The other is “Safari,” a heartbreakingly explicit portrayal of the hunting tourism industry in Africa, co-written and directed by Ulrich Seidl.The Austrian Film Week in Israel is one of the many cultural collaborations currently in the works between Israel and Austria since the establishment of the Co-production Agreement in 2016.Tickets can be purchased at the participating cinematheques.For more information visit the Austrian Embassy website www.bmeia.gv.at/en/austrian-cultural-forum-tel-aviv or on Facebook at Austrian Cultural Forum Tel Aviv