Beloved nightingale of Soviet Jewry has been silenced

Nechama Lifshitz, who traveled the length and breadth of the Soviet Union singing in Yiddish and Hebrew, died on Friday at age 89. 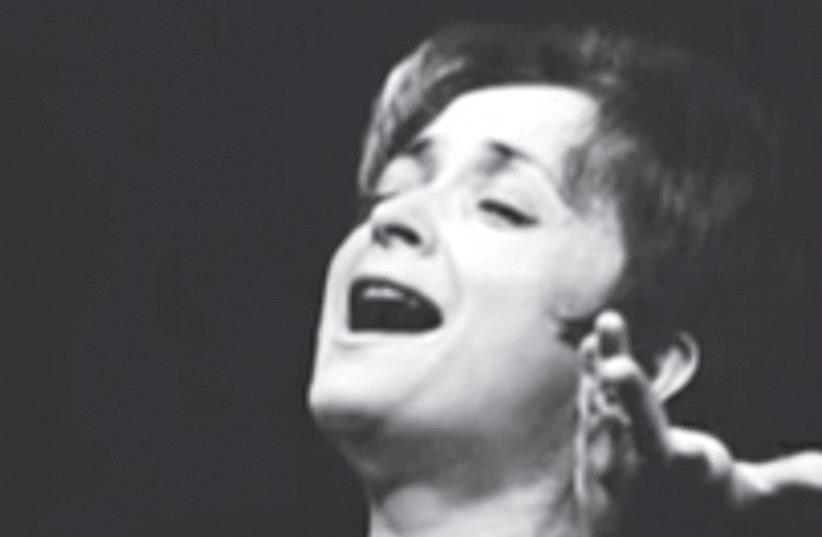 Nechama Lifshitz
(photo credit: screenshot)
Advertisement
The nightingale of Soviet Jewry is no more. Nechama Lifshitz, who traveled the length and breadth of the Soviet Union singing in Yiddish and Hebrew, died on Friday at age 89.Lifshitz, who was born in Kovno (now Kaunas), Lithuania, in October 1927, reminded the people once known as the Jews of Silence that silent or otherwise they were Jews who carried the responsibility of passing on whatever remained of their heritage to future generations.While tens of thousands of Jews were denied exit permits by the Soviet authorities, Lifshitz was among the fortunate few who were allowed to leave, but not before years of refusals.She arrived in Israel in March 1969 and was surprised to discover that there was a semi-official ban on Yiddish culture. This did not deter her from promoting Yiddish culture, performing in Yiddish and establishing Yiddish song groups.She had defied the Soviet authorities. She could just as easily defy the Israeli authorities.Like many Jews from Russia, Poland, Lithuania and Latvia her family found shelter during the Holocaust in Uzbekistan, which was one of a handful of havens for Jews who were fleeing the Nazis. Although her immediate family was saved, many of her relatives were not. After the war, her family returned to Lithuania. Their life was made somewhat easier by the fact that her father was a physician. He had practiced in a small village in Uzbekistan and continued with his profession on returning to Lithuania.Music had always been part of her life. Her father played the violin. Her mother loved to sing. Early in her career, Lifshitz was a classical singer appearing with opera companies and philharmonic orchestras, but after a few years, she realized that her mission was to sing to her own people – and not in Russian or Lithuanian, but in Yiddish and Hebrew.Several years before legally leaving the Soviet Union, Lifshitz had seriously considered finding an illegal means to flee, but she received an order from Shaul Avigur, the head of Nativ, the Israeli Liaison Bureau that maintained contact with Jews in Eastern Europe, instructing her to stay because she was needed.It took another 10 years before she could make her departure legally.Once she reached the free world, Lifshitz discovered that her reputation had preceded her. Not only was she invited to perform all over Israel, but invitations also poured in from abroad, and she went on tour to the United States, Britain, Australia and Latin America.In addition to her singing career, Lifshitz trained as a librarian at Bar-Ilan University in Ramat Gan, and subsequently won awards for her expertise as a librarian and archivist. She also headed the Tel Aviv Music Library.Over the years, she also received various awards as a singer and in recognition of her contribution to the culture of Tel Aviv.One of her great joys was the establishment several years ago of the National Authority for Yiddish, which each year hosts a multi-faceted Yiddish cultural event. In the interim Yiddish theater has flourished, some universities have courses in Yiddish, there is Yiddish cabaret and Yiddish klezmer, and Chava Alberstein is not the only Israeli singer whose repertoire includes a vast number of Yiddish songs. In fact among the singers in the Yiddish song groups established by Lifshitz, there were some who did not come from European backgrounds or Yiddish-speaking homes – but were drawn to the songs and the language.They will continue to sing and will thus perpetuate Lifshitz’s legacy.Lifshitz, who had been in ill health in the twilight of her life, is survived by her daughter Rosa Gertner, two grandchildren and four great-grandchildren.