Bonhams to offer Sorolla portrait unseen for more than 100 years 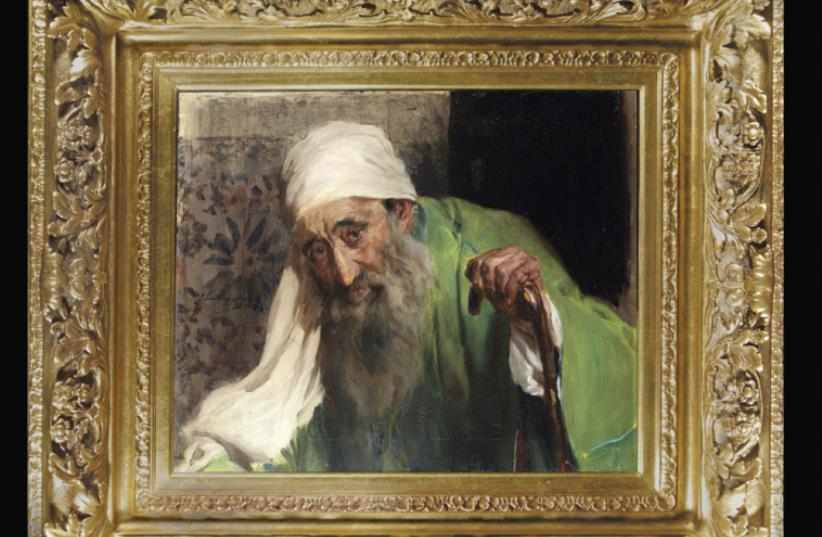 "Un Hebreo"
(photo credit: Courtesy)
Advertisement
Un Hebreo, a painting by one of Spain’s leading artists, Joaquin Sorolla y Bastida (1863-1923), will lead Bonhams 19th Century European, Victorian and British Impressionist Art sale in London on March 2. This 1898 painting has not been seen in public for more than 100 years.Un Hebreo depicts an elderly Jewish man, with a very pained, expressive face. According to Peter Rees, Bonhams director of 19th century paintings, “The appearance at auction of Un Hebreo is a major event. It had previously been known only through black and white photographs. Sorolla is mainly associated with shimmering sea and beach scenes, but he was also a highly accomplished painter of portraits. Sometimes these were formal commissions but more often he preferred a freer rein, as in Un Hebreo. This moving picture, on an unusual subject for Sorolla, was painted in 1898 during an exceptionally creative period for the artist in which he completed a number of key works. It shares the ease and spontaneity of many of his well-known single figure portraits.”Bonhams, founded in 1793, is one of the world’s largest auctioneers of fine art and antiques. Today, the auction house offers more sales than any of its rivals, and many of its customers are Israeli, though the main sale-rooms are in London, New York and Hong Kong.For further information visit www.bonhams.com