Breakfast at the Ritz-Carlton...

...a cut above the culinary classic 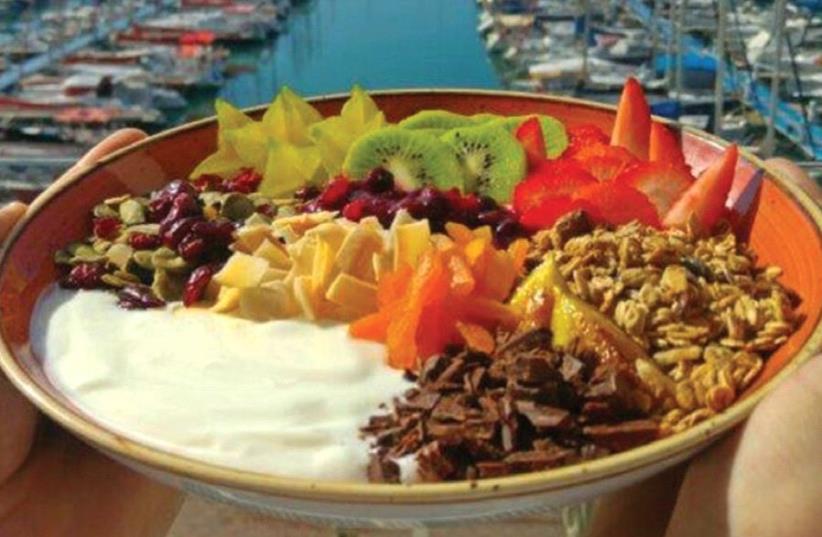 Breakfast at Ritz-Carlton Hotel
(photo credit: PR)
Advertisement
‘We are aiming to be the best hotel in Israel,” says Ned Copeleris, the general manager of the Ritz-Carlton Hotel in Herzliya, which opened for business three years ago.If the breakfast is anything to go by, the hotel is well on its way to achieving that dream. Israeli breakfasts have long been recognized as the country’s unique contribution to culinary excellence, and this was even better than most.Breakfast is served every day at the hotel from 7 a.m. to 10:30 a.m., and on Friday and Shabbat from 7 a.m.until noon. The buffet offers such a huge variety of dishes that one doesn’t quite know where to start.When the hotel first opened, famed chef Jonathan Roshfeld was called in for consultation to advise on what should be on the buffet. Today, head chef Eli Pinsler presides over the vast number of dishes esthetically laid out on the buffet and the only problem is choosing, as it is impossible to taste everything.“The basis for the buffet is healthy food made from the freshest local ingredients, but it is still Israeli/ Mediterranean food,” explains the restaurant manager.Seated by a window looking out at the picturesque marina, with yachts of all shapes and sizes bobbing around in their moorings, we started our breakfast with two perfect cups of cappuccino – hot and strong, just as requested.Venturing over to the buffet, we found an entire section devoted to smoked fish of one sort or another – salmon, mackerel, all kinds of herring, anchovies, pilchards, sprats – and another entire section of every cheese imaginable.The choices of bread were equally lavish, but it was in the array of salads that the chef let his imagination soar: roasted vegetables, sweet potatoes, mixed crudités, quinoa, pasta, hummus with tehina and every possible variation on tomato, cucumber and peppers.Fresh salmon, tuna and egg dishes were laid out for the taking and, of course, any kind of omelet could be made to order.One can also order from the special breakfast menu. We chose two different options – shakshuka and a dish of Eggs Benedict.The shakshuka came in its own iron frying pan and was wonderfully spicy, with perfectly poached eggs nestling in the tomato/pepper sauce.As for the Eggs Benedict, in which in its kosher incarnation the unmentionable is replaced with smoked salmon, this was very good, served on a buttery slice of whole wheat muffin topped with a smooth Hollandaise sauce, with sautéed mushrooms on the side.There were several sweet choices as well, including a luscious chocolate cake, croissants of all kinds, yeast rolls and some very appetizing-looking fruit. The hotel has its own patisserie, and cakes are baked on the premises every day.A pile of freshly made pancakes with maple syrup appeared at our table and proved to be very light, without a trace of oil.The cup of coffee was bottomless and was so good that we probably imbibed far too large a dose of caffeine. Glasses of freshly squeezed juice and juice cocktails were also available.For a great breakfast, taken at a leisurely pace, with super-friendly staff who really seem to go out of their way to be helpful, the Ritz-Carlton is definitely the place to be.For hotel guests, the breakfast is included in the price of the room. For anyone coming in just for the breakfast, the cost is NIS 125.The writer was a guest of the restaurant.Ritz-Carlton Hotel Kosher 4 Hashunit St., Herzliya Pituah Tel: (09) 373-5555