The Carer’ soars on superlative acting 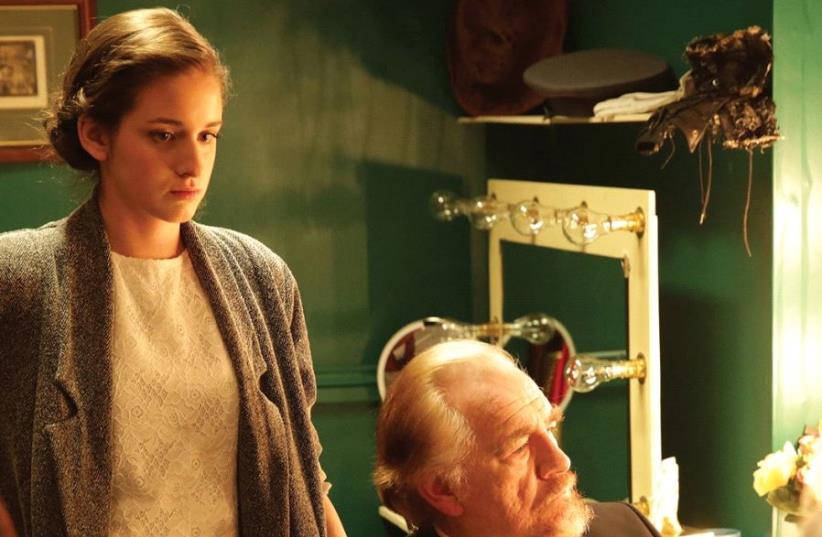 ‘The Carer’
(photo credit: PR)
Advertisement
If great acting is why you go to the movies, then you’ll enjoy seeing Brian Cox in János Edelényi’s The Carer. Cox, a Scottish-born actor of Irish-Scottish ancestry is one of the best character actors in Hollywood and here he gets a chance to shine as a leading man.I first became aware of him in the 2003 film Adaptation, where he played real-life screenwriting guru Robert McKee, who mentors the twin brothers played by Nicholas Cage. His speeches about the drama to be found in everyday life stopped the show. You may not be aware of where you’ve seen him, but you’ve seen him. He has played a heartless, soulless CIA bureaucrat who menaces the hero in the Jason Bourne movies; Ivan in the RED spy-spoof movies; and a general in the new War and Peace series. He will play the title role in an upcoming Winston Churchill biopic. But he’s never had a part that allowed him to display the range of his talent like the one he has in The Carer.He plays Sir Michael Gifford, a Shakespearean actor who suffers from a virulent strain of Parkinson’s and has had to retire. Living on a large, lovely estate that could almost be confused with Brideshead Castle – if you have to be confined to home, this is the one you would want to be confined to – he is understandably miserable. He fights with everyone around him, including his loyal chauffeur, Joseph (Karl Johnson); his uptight daughter, Sophia (Emilia Fox); and his secretary and one-time lover, Milly (Anna Chancellor). But more than anything, he alienates the caregivers sent by a nearby nursing home. None of them are smart enough to keep up with him mentally, and although he sometimes mixes up a word or two, he is perfectly sharp. And none of the caregivers are tough enough to put up with the verbal abuse he doles out, or understanding enough to realize he lashes out so cruelly because he is so angry over his own fate and can’t resist taking it out on those who help him when he is at his most vulnerable.When the nursing home sends over a new, young and inexperienced caregiver, a young Hungarian woman named Dorottya (Coco König), no one, least of all Sir Michael, expects her to last more than a few days. But it turns out she is strong-willed and, more important, an aspiring Shakespearean actress. She worships Sir Michael for his talent, and can match his knowledge of Shakespeare, line by line. She’s also as arrogant as he is, telling him about how she played Hamlet herself, and listing all the actors who weren’t as good as she was in the part.This may sound like a saccharine setup for some kind of feel-good comedy, where the young actress humanizes the older thespian. Instead, the two bring out each other’s pride in their own talent and their love of Shakespeare.There are really no plot turns that will surprise anyone, but this movie isn’t about the plot, it’s about the acting. Cox is magnificent as the extraordinarily talented but difficult actor, and you can see his despair that everything that has made his life worth living has slipped away overnight. Acting opposite him in this role would be a real challenge for any young actor, but newcomer Coco Konig is up to the task. She has a lovely voice, a confident manner and an appealing quality, and you can believe that she can stand up to Sir Michael.The supporting cast, filled with top-flight British actors, is excellent. The late Roger Moore has a funny cameo as himself, making tribute to Sir Michael at an awards show.Those who love Shakespeare and great British acting should not pass up The Carer.