The Jerusalem Cinematheque harks back to 1965. 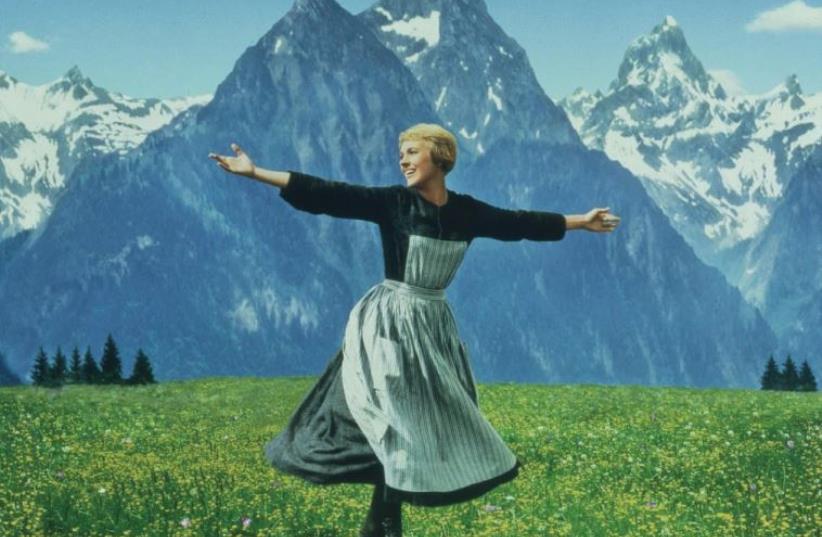 'The sound of music' movie
(photo credit: PR)
Advertisement
As the Israel Museum celebrates its 50th anniversary, the Jerusalem Cinematheque is joining the festivities with a program of films made in 1965. It was a great year for all kinds of movies — Hollywood blockbusters, New Wave films from France, starstudded comedies and thrillers from Italy and England, and offbeat movies from countries with developing film industries, such as Israel and Czechoslovakia.The program opens on August 23 at 7 p.m. with Jean-Luc Godard’s Pierrot le fou. A quick description of it sounds like a classic rom-com caper, about an unhappily married executive (Jean- Paul Belmondo, at his quirkiest and handsomest) who runs off with his children’s babysitter (Anna Karina, who was married to Godard). They head from Paris to the Mediterranean, go on a crime spree, discover a body and are chased by gangsters. But this doesn’t begin to describe the absurdist and literary film, much of which was improvised. This movie forms a kind of bridge between Godard’s earlier, stylish but more conventionally plotted movies and his later, more pointedly political films, in which plot takes a back seat to monologues on all kinds of subjects. It’s a must-see for Godard lovers. More casual moviegoers will enjoy the eye candy of the actors and the scenery but will be baffled by much of it.Marcello Mastroianni stars in Casanova 70, Mario Monicello’s comic look at an army officer who can’t get aroused unless he feels his life is in danger. The movie features some of Italy’s most luscious 1960s starlets as Mastroianni’s lovers, among them Virna Lisi and Marisa Mell. It’s playing at 6:30 p.m. on August 24.The Spy Who Came in from the Cold, directed by Martin Ritt, is an adaptation of John le Carre’s classic thriller about a British spy, played by Richard Burton, at the height of the Cold War. It’s playing on August 25 at 8:45 p.m. This is considered one of the best espionage movies of all time.Milos Forman’s Loves of a Blond, which is also part of the Czech Film Week program, tells the story of a young woman in a small town who falls in love with a jazz pianist, then follows him back to Prague. The movie is one of the classics of Czech cinema. It’s showing on August 26 at 7 p.m.You’ve probably seen David Lean’s Doctor Zhivago, an adaptation of the Boris Pasternak novel, but when will you have another opportunity to see as it was meant to be seen, on the big screen? This epic, which won five Oscars, stars Omar Sharif, the Egyptian actor who recently passed away, as a Russian physician and poet who falls in love with the beautiful Lara, played by Julie Christie, and lives through World War I and the Russian Revolution. It will be shown on August 27 at 5 p.m.Uri Zohar’s A Hole in the Moon, which was co-written by Dan Ben- Amotz and Avraham Heffner, is one of those movies that looks as if it was probably more fun to work on than it is to watch. The iconic image from the movie is of Zohar, playing a new immigrant, who goes to the Negev to open a kiosk and finds that there is one right across the way. All kinds of other characters arrive, as well as a film crew making a western, as the plot gets crazier minute by minute. It’s showing on August 30 at 7 p.m.The hills will be alive again on August 31 at 6 p.m. when The Sound of Music will be shown. The movie, which won five Oscars including Best Picture and Best Director (Robert Wise), stars Julie Andrews in what was, along with Mary Poppins, her career-defining role. Little girls who love Frozen may well be enchanted by the story of the Von Trapp family and its singing governess.For more information and to order tickets, go to the Cinematheque website at http://www.jer-cin.org.il.