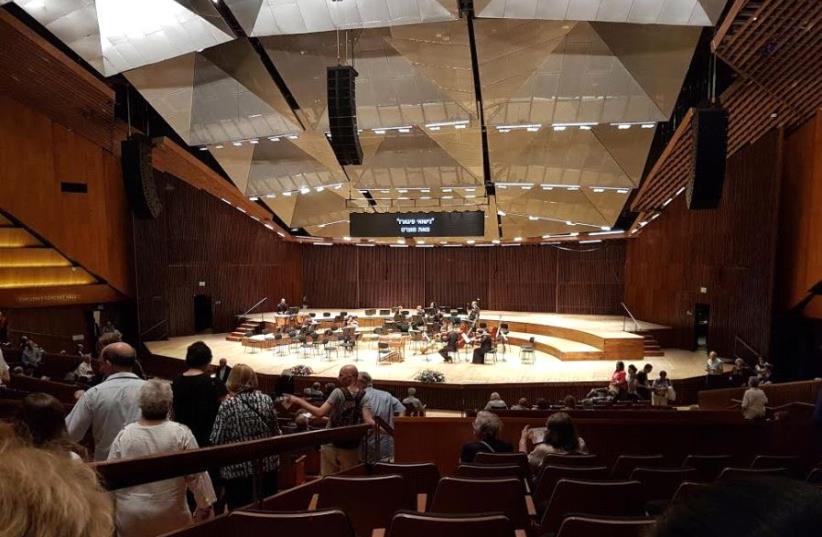 Israel Philharmonic Orchestra in Tel Aviv
(photo credit: BECKY BROTHMAN)
Advertisement
The most recent work in the Israel Philharmonic Orchestra’s concert this week was Prokofiev’s Piano Concerto No. 3.Prokofiev, still considered ultra-modern in the 20th century, not so long ago, sounds today almost classic. Which proves that, although the music obviously does not change, tastes do.The work’s soloist, Beijing-born Yuja Wang, is a phenomenal virtuoso. A veritable bombshell of explosive energy, hardly believable from such a frail-looking figure, she also displayed utmost sensitivity and fascinating delicacy in the work’s lyrical, melodious passages. Maturity of expression, at her tender age, in addition to her extraordinary technical abilities, made her performance a breathtaking, outstanding experience.As a 20-minute curtain raiser, Dukas’ La Péri functioned as a harmless warm-up piece.Conducted by Kirill Petrenko, Brahms’ Symphony No. 1 sounded excellently rehearsed, accurate and conservative, highlighting many appealing instrumental solo passages. Serious as the performance sounded, in the third movement the conductor concentrated on the un poco allegretto (“a little animated”) indication while ignoring the e grazioso (“and gracefully”). In the final movement, the con brio (“with fire”) indication seemed not to have deserved his attention. On the whole, it was a listener- friendly, not quite exciting performance.