Dance: Digging it up 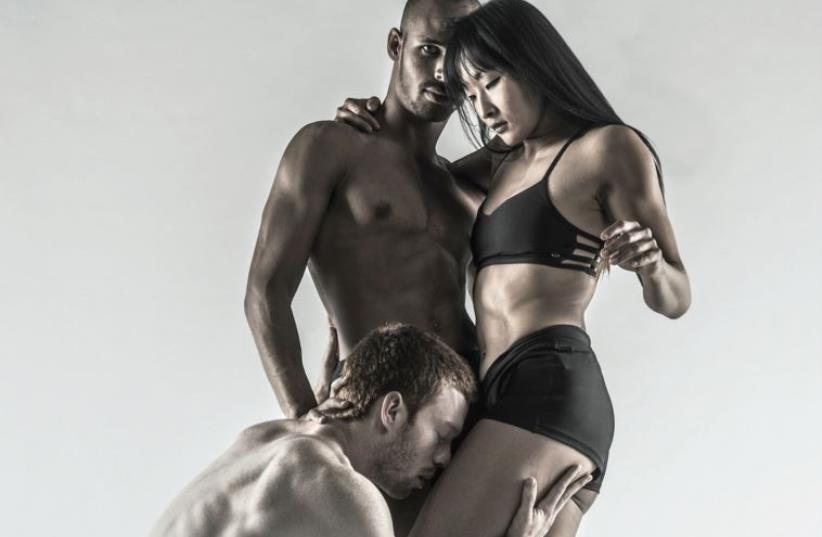 Pilobolus's 'On nature of things'
(photo credit: ROBERT WHITMAN)
Advertisement
For hundreds of years, a host of the world’s most beloved sculptures lay quietly under the ground, waiting to be discovered. From the Far East to Europe to the Americas, great artworks were tossed aside, only to be unearthed generations later by gleeful archaeologists. This phenomenon, particularly the excavation of 13th- and 14th-century Italian pieces, is at the heart of Connecticut-based Pilobolus Dance Theater’s most recent creation.The troupe is coming to Israel this month with a mixed program, which includes excerpts from the sculpture-inspired work.“We came to Israel with Shadowland a few years back,” says artistic director and co-Pilobolus founder Robby Barnett over the phone. “For this visit, we wanted to come with something new. We wanted to show what we’re thinking about now. The newest is our opening piece, On the Nature of Things.A friend of ours gave us an interesting book called Unearthing the Past about how most of the sculpture was in the ground and they slowly pulled it up piece by piece. Rome, which is filled with figurative sculpture, wasn’t always that way. We thought it would be interesting to do something highly sculptural.”The piece, which features Pilobolus’s signature body-based illusions, is performed in a very particular set-up.“On the Nature of Things is danced on a three-foot circle, so it has a physical excitement; and it also keeps focused on one place,” explains Barnett.Pilobolus Dance Theater began as a collaboration among six students of Dartmouth College.Barnett, Moses Pendleton, Alison Chase, Martha Clarke, Lee Harris and Jonathan Wolken came together out of a desire to share creative ideas and see where they could go. The company, which was named after a spectacularly agile fungus, has consistently wowed audiences with its visually stunning, gravity-defying movement vocabulary. On the Nature of Things, Barnett says, is the newest link on the chain that Pilobolus has been crafting for more than four decades.“Pilobolus’s fundamental purpose is to explore the way bodies move together and to provide a context for us to think about those things,” says Barnett.“When I began the company with my friends, we were six people trying to make something. The purpose and the way we go about fulfilling it is the same. We started as a collaborative group, and we still make things as a group. All our pieces are a collection of a lot of people thinking about things together. The work is formed out of mutual trust among the community of people making it.That utopian ideal is present in our pieces because it can’t not be.”The financial reality of maintaining a company as ambitious as Pilobolus is often daunting, yet year after year Barnett and gang fight to make ends meet.“The biggest challenge is to find revenue. Making good work is always a challenge, but that is the nature of what we choose to do. If you don’t want that challenge, then you shouldn’t be making art,” says the artistic director.Unlike many of its peers, Pilobolus has managed to cross paths with the commercial world several times. The company has been seen on Sesame Street and Oprah and was featured in a Hyundai commercial. Though lucrative, these engagements riled critics to ask if the troupe was dedicated to art or entertainment.“I don’t think we draw the line between art and entertainment.When we get into the studio every day, we want to see if we can laugh or find something new. Art that doesn’t entertain doesn’t interest us. We are interested in art as a way of exploring our way in the world, and we want to show it to other people. We want to entertain ourselves first of all, and we are lucky that the work has been entertaining. When a group of people has to agree upon something, it has already gone through a certain selection process. For four people to say, ‘Yeah, that’s cool’ requires compromise. If the work is interesting to four people, it translates to four hundred and four thousand,” he reasons.Pilobolus will perform at the Tel Aviv Performing Arts Center on January 20 to 23 (www.israelopera.co.il); at the Jerusalem Theatre on January 25 (www.bimot.co.il); and at the Haifa Auditorium on January 26 (www.ethos.co.il).