The Vertigo Dance Company presents ‘One. One & One.’ 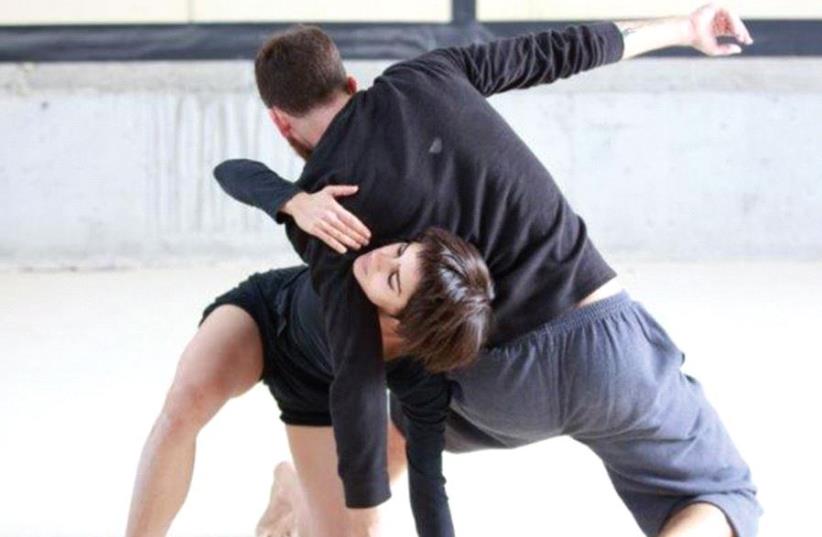 The Vertigo Dance Company
(photo credit: RUNE ABRO)
Advertisement
When Adi Sha’al first printed the word “Choreographer” on a business card, his partner, Noa Wertheim, wasn’t so sure about it.“’Choreographer?’ I said. ‘What choreography?’ I wasn’t even sure if I could call myself a dancer, let alone a choreographer,” laughs Wertheim. But Sha’al was on to something, an idea that has carried the two through the past three decades and has placed them at the center of Israel’s dance community.“We made Vertigo, this sweet duet. It was more than 25 years ago. We were in the studio, rolling around. We didn’t really know what we were doing, but it worked and we started to perform and to go abroad. What’s funny is that I never imagined it, any of it. I didn’t grow up in the studio. I didn’t know what a dance show was. I didn’t have that dream. I would have never seen myself at the head of a company with this much activity, with the ecological village where tens and hundreds of people visit every year,” she says.This year, Vertigo Dance Company celebrates 25 years.Together with the anniversary, the troupe has finally received a status upgrade from mid-sized company to large company from the Ministry of Culture and Sport. This shift will allow the company to increase its activities significantly.To begin the celebrations, Wertheim will premiere a new work entitled One. One & One this month.“It’s a very emotional work,” says Wertheim. “I researched the place of the human. A lot of times I research material and spirit, but this time it is emotion and humanity. What was interesting was to study the place of the ego, the ‘I’ that wants, that consumes.In my eyes, it is disconnected from the ‘I’ that is connected to the source. I can’t explain what that means, don’t ask me,” she chuckles.“It really interests me how people see themselves, how it is always in relation to something. I think that if I am very separate from others, if we aren’t a net, we can get to very extreme places, very good and very bad. That was the very source of this work,” she explains.As in her previous works, Wertheim blends theatrical moments with grounded, sweeping movement material.“At the beginning, a woman is standing, and a male dancer comes and spills a line of earth on the stage. The first image that came to mind was a line of dirt and high heels that would pat it down. For me, earth is a symbol, and it took me time to understand why I was drawn to earth (which I’ve always been drawn to, since Birth of the Phoenix, which was 14 years ago). Man comes from the earth, which is the densest and most absorbent of the four elements,” she says.The name for the piece is taken from a prayer chanted on Yom Kippur.“It came to me one day, I guess because of my religious past. In the prayer, the numbers are feminine. It starts with one, with a whole, and then there is the separation. There is a duet of two women. They dance as a mirror, and then there’s contact,” says Wertheim.This play on identification and separation runs throughout the work.“In the finale, the dancers are standing like birds, and one man goes around and tries to get a small caress from each person flapping their arms. The human wants that little thing, to be seen and to be related to, and love, the most extreme need of all,” she comments.After two decades of collaborating with musician Ran Bagno, Wertheim decided that for One. One & One, she would bring in a new voice.“After all these years, I decided that we needed to make a change, to try something else. Avi Baleli was in my mind for years as an option. I always thought that if we ever wanted to try something new, it would be him. This year I was ready,” she states.Baleli’s influence is very much felt in the work, transporting Wertheim’s composition to new environs.“It was weird and different working with him. He’s a genius. He has a different way of seeing things. It is very strong, decisive and exciting. A little rock. A little emotion,” she says.‘One. One & One’ will premiere on February 15 at 9 p.m. at the Suzanne Dellal Center in Tel Aviv. For more information: www.vertigo.org.il