Dancing into the wee hours 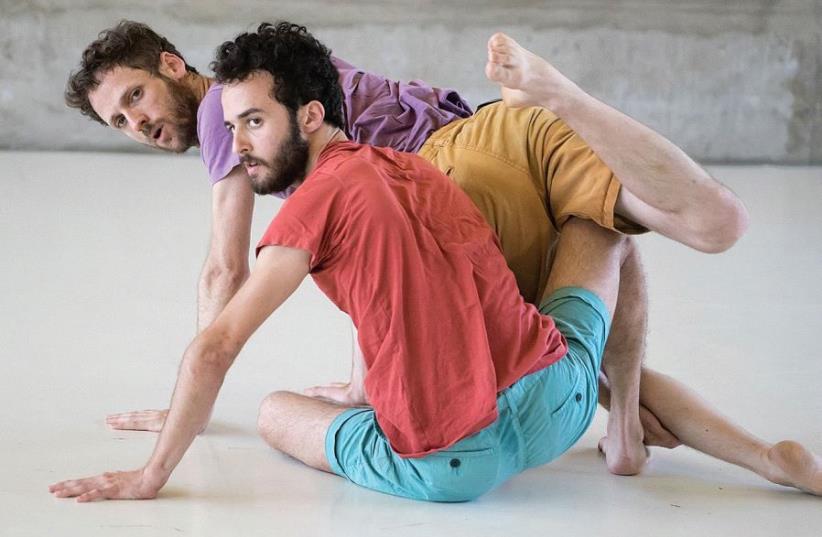 Uri Shafir dancing 'Habitat'
(photo credit: EFRAT MAZOR)
Advertisement
A friend who suffers from insomnia once told me that the most difficult thing about being up at night is the boredom. While the rest of the world sleeps, you remain alert, struggling to find meaningful activities. For the next three days, thanks to the Dance Arena Festival, insomniacs will be able to enjoy performances into the wee hours, staving off the ennui of the deep night. For the rest of the audience, a double espresso or disco nap might be in order.The festival, now in its seventeenth year, pushes boundaries and conceptions about dance and interdisciplinary performance.This year, it also pushes the schedule to hours usually unheard of in dance festivals. Starting on Tuesday night and taking place at the Hansen House in Jerusalem, Dance Arena will present premieres by a handful of choreographers as well as live music, video art and DJs.Seven months ago, on a chilly day in Jerusalem, artistic director Sahar Azimi selected the artists of this year’s Dance Arena. Many had applied, ranging from experienced choreographers to first-timers, and Azimi had considered each and every proposal.The group consists of Eyal Bromberg, Tamar Lamm and David Kern, Roni Chadash, Adi Shildan, Gilad Jerusalmy, Uri Shafir, Yael Sofer and Shlomit Fundaminsky.Once chosen, these artists were offered artistic mentorship, master classes and workshops and panel discussions with leaders in the field. They met regularly to present their progress, give and receive feedback and brainstorm about the next steps forward. In the coming days, eight premieres, the result of countless hours of individual and group work, will fill the Hansen House’s spaces.On Tuesday night, veteran choreographer Shlomit Fundaminsky will open the festival with Territorial Opera. Performed by a cast of four, this work is set to the album Pure Phase by English space rock band Spiritualized. The four performers are trapped inside a space that is at once familiar and dangerous, evoking images of home, school, the street and the playground.That same night, Tamar Lamm and David Kern will show their new duet Dog Walkers.This is Lamm and Kern’s second time creating for Dance Arena. Their previous and first collaboration, Because We Love You, was also created for the festival. In this work, Lamm and Kern once again blend live music, text, movement and interpersonal connection to create an intimate and entrancing dialogue.Night owls will be able to follow the program with Gilad Jersalmy’s EARTH (female), Yael Sofer’s Gloomy Glorious Summer Days and finally, Eyal Bromberg’s Woods. Jerusalmy’s duet, danced with Tomer Giat, plays on the tenuous tie between gender and identity.Two men attempt to slough off all signs of femininity, only to find the core of male/ female embedded deep in themselves. Sofer’s Gloomy Glorious Summer Days gives the female answer. Two women, one dancer and one musician, present the chasm between the seen and the felt.Woods, which Bromberg will perform with Savyon Fishlovich, draws on the world of BDSM. Bromberg explores ideas of power, control, fear, pain and release in this intense duet.On Wednesday evening, Roni Chadash will present Shells alongside Adi Shildan’s Le Boudoir. Chadash, who has become one of the more prominent young solo choreographers of late, will present a duet. Chadash began with the image of an artichoke as a metaphor for getting to the heart of another person. Peeling back layer after layer, Chadash attempts to get closer to her partner’s truth and her own. In Adi Shildan’s solo, she invites the audience to follow her from the dressing room the stage, blurring the line between pre-performance and the show itself.Uri Shafir’s solo, danced by Zuki Ringart, presents the present as a type of religion.Shafir believes that no one understood the importance of the present as well as Bach and as such, the work is danced to the Goldberg Variations.Throughout the festival, the Hansen House will be home to an installation by Brandon Labelle as well as works by artists Hila Shapira and Natay Shalem.The Dance Arena Festival will take place on August 1-3 at Hansen House. For more information, visit www.hazira.org.il.