Dressed to the Sevens

A look at some new albums to listen to this summer. 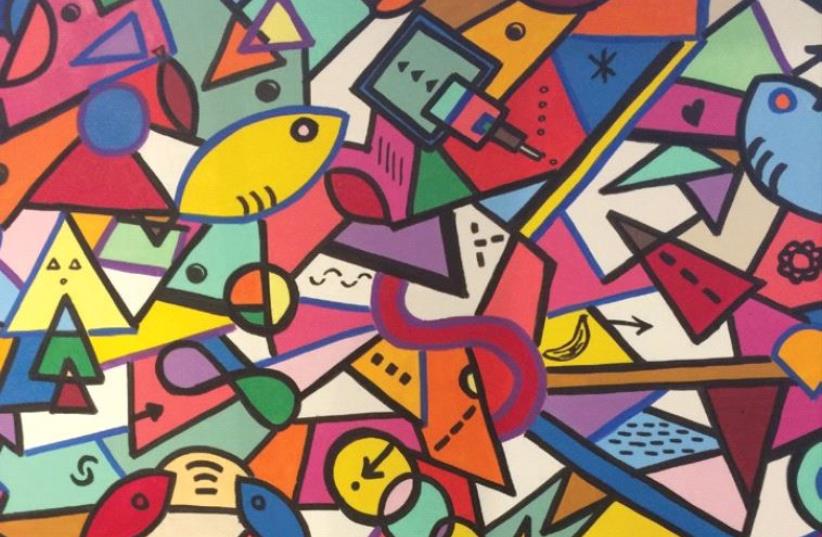 EYE-POPPING. Colors and pop culture reign supreme at Michael Edery’s Concept Store.
(photo credit: KAYLA ROSEN)
Advertisement
MARK DRESSER SEVEN
Sedtimental You
Clean Feed RecordsYou never know what to expect from Mark Dresser, and it’s fair to say that there is ne’er a dull moment in the 64-year-old American double bass player’s entire oeuvre. His latest offering, Sedimental You, has you constantly cocking an ear, or two, for some new surprising passage, motif or beat, as the instrumentalists eddy around each other, laying down meandering lines that, somehow, mesh in a definitively seamless fashion.The numerical part of the band name refers to the number of players in the lineup – no surprises there – and Dresser has put together a fine array of artists, all of whom have paid their improvisatory dues over the years. Flutist Nicole Mitchell and reedman Marty Ehrlich are top-notch jazz players who are as adept as Dresser at navigating their way through the wilder and woolier tracts of musical endeavor – and there are plenty more where they came from.There is a composed chamber feel to the opening number “Hobby Lobby Horse,” while the title track ventures into more ethereal areas, with Old World bluesy sentiments seasoned with humorous intent. Pianist Joshua White, 31, displays more than a touch of subtlety as he spins out a bluesy spot that reveals the odd touch of his classical training.In addition to having a delectable bass feel, Dresser is a consummate composer and all seven tracks are shot through with intricately embroidered textures, which seem to head every which way but never lose sight of each other.STUART McCALLUM AND MIKE WALKER
The Space Between
Edition RecordsExpansive is a word that immediately springs to mind as “And Finally,” the opening track of veteran British guitarists Stuart McCallum and Mike Walker, moves into second gear and quickly revs into top gear with Walker letting rip on electric guitar. McCallum is on electronics and also complements his counterpart’s more rough and ready output with some delicious acoustic guitar colors.Sumptuous is another suitable epithet for these two simpatico musicians who have been sharing band stands for some years now. Burt Bacharach’s “Alfie” is deftly rendered as the two guitarists dovetail each other with an ease born of shared and individual experience.Moments opens with something approaching a Pat Metheney-esque film track mindset and, indeed, is somewhere reminiscent of “A Map of the World,” which was tailored to the 1999 movie of the same name. Walker strums his way into stratospheric realms, while the accompanying string quartet underscores the wide open spaces feel. Lush guitar harmonics overlain with almost celestial strings complete the multi-layered scene.That sense is maintained into the next track, “Yewfield,” before matters become more than a mite classically oriented on “String Quartet in G minor” although, funnily enough, the aforementioned classical foursome is not in action on this number.Abstraction leads the way as the title track kicks in and atmospheric ornamentation ripples across the sonic outfield.And, while there is a seductive mellifluousness to much of the album, there are quite a few unexpected departures that will make you sit up and take notice. “Sky Dancer,” the closing cut, will certainly keep you alert, as tablaesque percussion underscores a jaunty central line as the duo imperceptibly introduce a funky feel.But it is when McCallum leaps in with all distortion guns blazing, amid the increasingly thudding percussion, that you get the wonderfully rewarding climactic denouement you may not have known you craved.INGRID AND CHRISTINE JENSEN
Infinitude
Whirlwind RecordingsInfinitude, we are told in the liner notes, is “the state or quality of being infinite or having no limit.” Aside from improving our vocabulary, the new album by the Jensen sisters of Canada – trumpeter Ingrid, who also puts in her pennyworth on kalimba – aka thumb piano – melodica and various effects, and her sax-playing sibling Christine – do a bang up job on spreading the sounds as far and wide as they possibly can.“Blue Yonder” gets the show on the road with something of a laid-back alto saxophone line, and things appear to be set for a nice lolling number, but tempo and texture soon change course obliquely, several times during the course of the seven-plus minute work.Christine’s caressive offerings are, at first, sympathetically substantiated, but it soon transpires that there are all sorts of undercurrents champing at the bit. Drummer Jon Wikan always keeps the embers hot while Ben Monder, who also played on David Bowie’s final release Blackstar, which came out a year ago, unleashes a distorted solo that pushes the sensory ante up several notches.Acoustic bassman Fraser Hollins gets “Swirlaround” off to a seemingly innocuous start but the energy level builds gently as Hollins and Wikan lay out a lilting substratum before composer Christine sets off on a soaring alto solo, and Monder subsequently comes in with a slightly understated distortion excursion. The sisters join forces with a brass overlay as the rest of the gang keep the piece ticking off nicely.The number is well named.“Echolalia” introduces some welcome guitar fingerpicking to the tight-knit fray, with Wikan pushing hard from the back and the horns once again, followed by a bittersweet trumpet solo that brings iconic late Canadian-born British trumpeter Kenney Wheeler to mind.The Jensens share most of the writing duties, with “Echolalia” written by Monder, and “Old Time” taken from Wheeler’s portfolio.The latter effort is an energized blues outing with Wikan robustly punctuating the proceedings and the horn players and guitarist letting their hair down.
Advertisement
Subscribe for our daily newsletter