Every performance is special 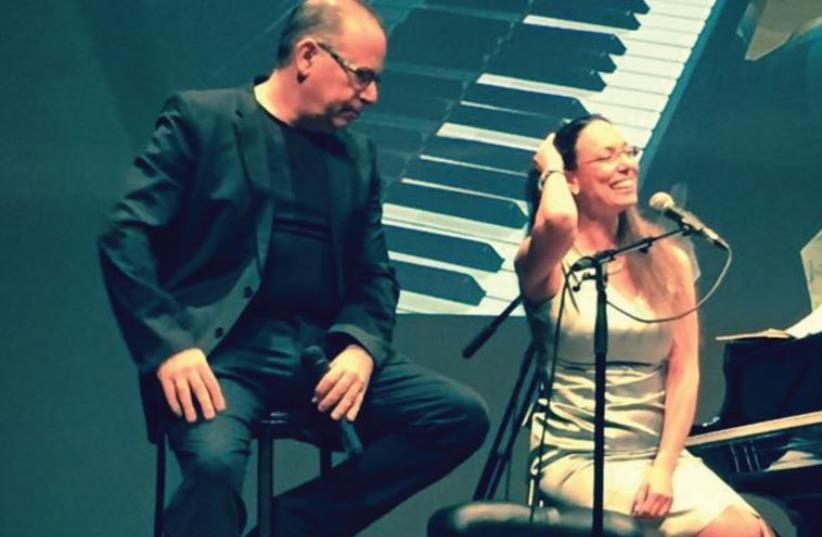 Multifaceted pianist Orit Wolf
(photo credit: SHLOMO SERI)
Advertisement
Orit Wolf, a multifaceted Israeli pianist and classical music promoter, will perform yet another unusual concert at The Tel Aviv Museum of Art. This time Wolf, whose approach to programming is anything but banal, hosts actor/ singer Nathan Datner, who is loved by children and adults alike.“I call this program Symphony of Life,” says Wolf. “It is about struggles, missions, fears, coping with success and coping with failure, and Nathan and I will sing and play together. The program is based on six musicals, such as Les Miserables and Fiddler on the Roof, which we both love. These musicals speak of a nonconformist life, after all. We like it, and I hope the audience will enjoy it too because, in fact, this is an extra performance. I’ve already hosted Datner in my series, and many people who wanted to attend the concert could not because it was sold out.”Wolf has long found her special niche in the crowded world of Israeli classical music. And this niche fits her flamboyant personality perfectly. Unwilling to do the same thing twice, she runs special concert series at the Tel Aviv Museum of Art, as well as throughout the country, such as Rishon, Haifa and Ashdod with the local symphony orchestra.“From my youth I knew I had an inner mission, and it is a true passion – to bring people closer to classical music in my own way, which is different and interdisciplinary, through very personal experience,” she confides.“I find new approaches and solutions for different audiences. If you look at my programs of recent years, you can see how varied they are. I may bring dancer Sylvia Duran for a flamenco program and next time host Shakatak – an amazing ensemble, an Israeli version of Stomp – and work for a year and a half creating a new program with them. It may also be popular actor Nathan Datner or artists from Brazil performing bossa nova with me or a jazz musician with whom we improvise on themes of Beethoven and Chopin. I am lucky and privileged to collaborate with some of the best local and international musicians, such as Israelis Hagai Shaham, Alon Goldstein and sopranos Claire Meghnaggi, Sharon Rostorff Zamir or leading British pianist Joanna McGregor, with whom we toured Israel with a fantastic improvisation program.”Wolf explains the secret of the popularity of her sold-out programs.“I tell stories that you would never find on Wikipedia, let’s put it that way,” she says. “But I am not trying to be academic, either – I’ve got my PhD, and that is enough. I do my research to bring something new, innovative, creative and young, communicative. I am very open. For example, I may argue on stage with my colleagues about how to interpret one piece or another, and we let the audience decide. I also show the audience the process of preparing a new piece, often going to extremes. For example, I may rehearse The Moonlight Sonata by playing it loud and fast, not sitting but standing by the piano. I try to give my audience a global outlook on art. If I play Debussy, I will talk about what was happening to Van Gogh and Gauguin, as well as about the composer’s personal life, explaining what it means to be a musician and so on,” Wolf explains.She concludes, “When I was a young girl, I thought, ‘Go on stage, don’t look at anyone, do your job and walk off and wait for applause for 30 seconds. But nowadays it is not enough! People expect much more from us.”