Food: Around the corner 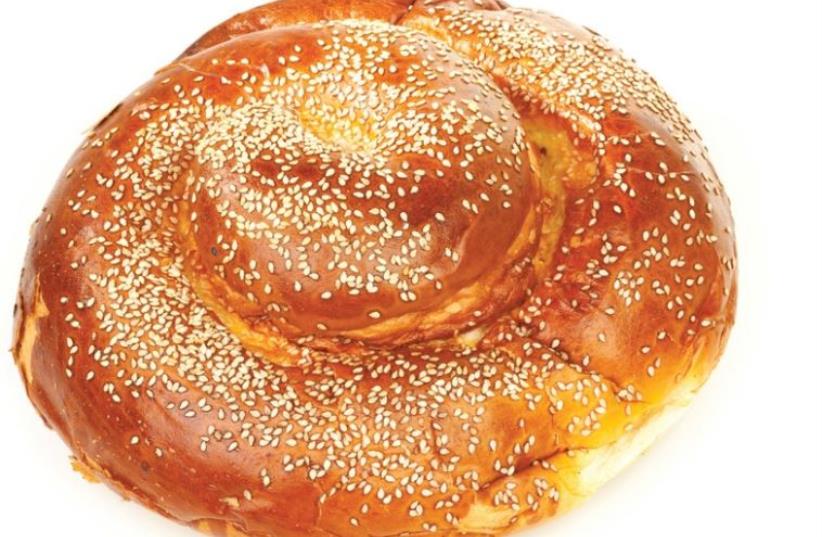 Sweet Halla
(photo credit: INGIMAGE)
Advertisement
I'm sure the last thing on your mind right now is getting ready for Rosh Hashana. Actually now is the best time to start planning and practicing new techniques. In two weeks, the kids will be going back to school, with all the associated pressures, and two weeks after that, the New Year will be upon us. So before things start to spiral out of control, I want to introduce you to another kind of spiral.The traditional round Rosh Hashana halla shape is a simple spiral made with a single braid. Of all the braiding techniques, it is the easiest. We believe the reason our hallot are round on Rosh Hashana has some deep spiritual meaning – the circle of the year, the circle of life, etc. I also used to think so...until I became a professional baker. Then I learned the real reason they are round, and it has nothing to do with spirituality. At Rosh Hashana time, bakeries churn out at least triple the volume of hallot than usual, and the bakers can’t afford the time to braid as they normally do. They need to simplify the task and speed things up to meet the demand. A single braid in a spiral is as quick and easy as they come.There is nothing complicated, even for the beginner baker, to roll out the dough into a single long braid and then gather it up in a spiral shape and tuck the end under the halla to finish it off. Many add embellishments to the dough, such as raisins or cinnamon for different flavor and variety. However, these additions don’t always work as one might expect. People take their basic halla recipe and simply add raisins or cinnamon, unaware that these additives may play havoc with the dough’s performance. For example, raisins are abrasive and may weaken the gluten structure of the dough if kneaded with the dough. Cinnamon has a retarding effect on yeast fermentation, so the halla may not rise as expected.When making a round halla for Rosh Hashana, I suggest that you adopt a different technique for adding goodies. It requires one extra step, but the results are superior to adding the ingredients at the mixing stage.It is called the jelly roll technique. Roll out the dough into a flat rectangle with a rolling pin. Then spread the filling on the upper surface of the rectangle. Roll up the rectangle like a jelly roll (along the length, making a long jelly roll, not a short one) and pinch the ends to seal it. You then have what is equivalent to a single long braid, which you may gather up in a spiral shape as before.Here are some filling suggestions: Spread with honey, sprinkle with grated apple and raisins; sprinkle with sugar, cinnamon and raisins; spread with honey, sprinkle with chopped figs and pistachios; spread with date honey (silan) and chopped walnuts These are Rosh Hashana-style fillings, but you may let your imagination run wild and use anything from exotic fruit to chocolate.With the simple recipe below, baking your own hallot is a cinch, and the accolades you will receive will be well worth the effort, not to mention the delicious aroma that will fill your home in honor of the festival.

Master baker Les Saidel is CEO of the Saidel Artisan Baking Institute (www.saidels.com), which specializes in training and education in the field of organic, healthy, artisan baking and the inventor of Rambam Bread. He also lectures and works as a consultant in the fields of cereal chemistry, health and nutrition.
Advertisement
Subscribe for our daily newsletter