’Deadline’ will be performed at the Noa Dar studio in Tel Aviv. 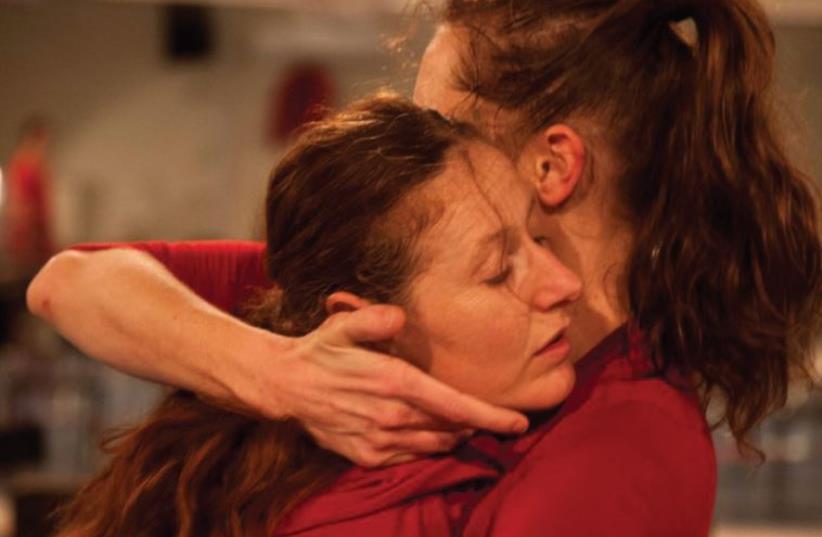 ’Deadline’
(photo credit: TAMAR LAM)
Advertisement
As I sit to write this article, I am constantly aware of the minutes ticking down on the clock beside me. A deadline is quickly approaching, and there is a great deal of uncertainty as to whether I will manage to complete the task in time.As it turns out, this pressure is not reserved for journalists but relates to people in every profession all over the world.When faced with an impending deadline, veteran choreographer Noa Dar decided that instead of losing her cool, she would transform the nearing date from a point of stress to a point of interest. The result of this short and to-the-point investigation, Deadline, will be performed at Dar’s studio in central Tel Aviv on March 24.“Deadline started from the need to make a new piece before the year went out in order to be eligible to receive funding from the Ministry of Culture and Sport. Regardless of how many pieces you made in the previous year, every choreographer has to make something new each year, whether it is right or not. At the time, I was still very deep into the process of Skin, which premiered in 2014. But I had to have a new production, so I decided to work with it. I went into the studio with the sense of an axe over my head, and I used that feeling,” she says.The premiere of Deadline took place on the last possible day, December 31, and consisted of one sole show.Now, with the pressure at bay for the time being, Dar has decided to return to Deadline.“When I made the piece, I didn’t plan to continue. But I really liked it, so I decided to continue with it. Now I have more time to dig into it, to clarify it, to look again. To take the raw materials and flush them out,” explains Dar.Dar’s interest in the notion of a deadline pushed her to consider the many ways in which a time frame can inform movement and experience.“I wanted to deal with time as a tangible element that we could sense, not as a concept. The structure and topic are very defined. The biggest challenge was to meet the deadline.To create something very fast, something on the tip of the tongue, that bursts out. I knew from the beginning that the audience would be part of the show, that they would feel the show, and so they had to be in it and not in front or on the side of it. The show is one hour exactly. The audience’s space is delineated; they sit in lines that are measured exactly. The performance takes place between the rows,” she says.Dar goes on to explain that this process was totally different from her established way of working. Usually, she enjoys long creative processes, ones that begin with a general concept and slowly get whittled down to the essence.“I worked on Skin for six months before the premiere and continued to work on it well after,” she says.Here, Dar and her collaborators had no more than two weeks in the studio to make heads or tails of this work.“We went in, and the strongest, clearest, most initial ideas were the ones that made it in,” she says.Joining Dar on this quick but tumultuous journey are dancers Noa Shavit, Michal Mualem, performer Amit Hadari, sound and vocal artist Tomer Damsky and visual artist Noa Raz Melamed. These women contribute to the sense of urgency of Deadline in various ways.“I wanted a cast that was mixed, different genres, media that they come from,” she explains.Mualem, who returned to Israel to take part in this process, lives and works in Europe. In 2007, Mualem became a collaborator and cast member in Arnica, a trio in which Dar performed. The work was revisited many times in the following years.“Michal worked with me in the late 1990s, and then she moved to Germany, where she works with Sasha Waltz. She called me a few weeks before we began and suggested that we perform Arnica, but I told her that I couldn’t perform that anymore. I told her I had something else that she could be part of. It was great timing,” she recounts.Whether Dar will adopt this style of working for future projects is doubtful, she says.“The knowledge that I can do things another way gives me an idea, an option other than how I usually work. But I think that there is a lot of beauty in diving into something, letting the process define itself, something about staying in the topic, getting into a world with your partners that creates something that is not to be taken for granted. Here, we were up against deadlines. These are things that exist. I just had to open the window and let them out, to give them a shape. It was less about research and more about whipping it out,” she says.

‘Deadline’ will be performed on March 24 at 8 and 10 p.m. at the Noa Dar Dance Group studio at 13 Laskov Street in Tel Aviv. For more information, visit www.noadar.com.
Advertisement
Subscribe for our daily newsletter