From gala screenings of classic movies to short films and documentaries, the 32nd annual Haifa Film Festival has something to offer every fan of cinema. 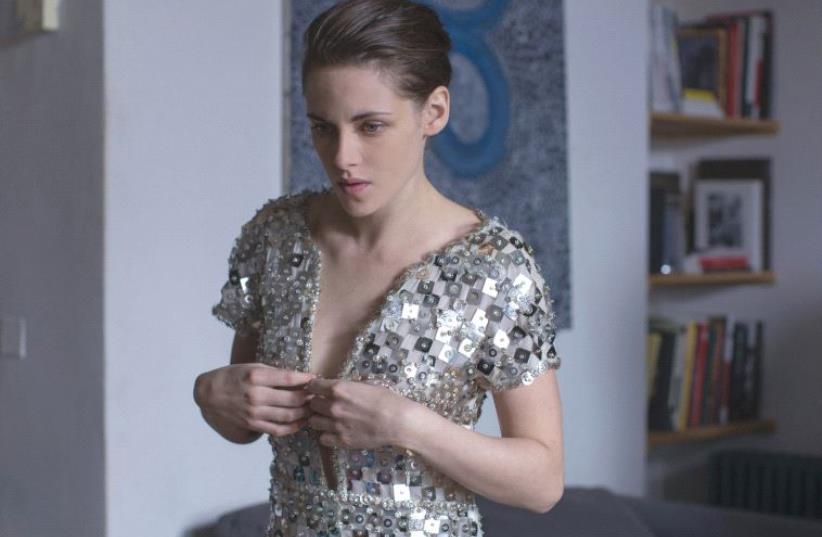 KRISTEN STEWART stars in Olivier Assayas’ ‘Personal Shopper.’
(photo credit: Courtesy)
Advertisement
The 32nd Haifa International Film Festival will take place this year from October 15-24 at the Haifa Cinematheque and other theaters around the city, and features a great lineup of the best in international and Israeli films.The festival has competitions for the best Israeli features, documentaries and shorts, and three international competitions: the Golden Anchor competition, for features produced in the Mediterranean; the Tomorrow’s Filmmakers competition, for films by first-time feature directors, sponsored by FEDEORA, the Federation of Film Critics of Europe and the Mediterranean; and Between Jewishness and Israeliness – a new competition that revolves around Jewish-themed films from Israel and abroad.The festival will open with Paolo Virzì’s Like Crazy, the popular Italian comedy- drama about two mental patients, played by Valeria Bruni Tedeschi and Micaela Ramazzotti, who run away from their institution.Many of the year’s most talked-about international movies will be screened at Haifa this year. These include Oliver Stone’s controversial biopic, Snowden; Olivier Assayas’ Personal Shopper, starring Kristen Stewart, an upscale ghost story; Andrea Arnold’s American Honey, which won the Jury Prize at Cannes; Andrey Konchalovskiy’s Paradise, which won the Golden Lion at the Venice International Film Festival, the story of a Russian aristocratic immigrant and member of the French Resistance who is arrested by Nazi police for hiding Jewish children; Elle, Paul Verhoeven’s revenge thriller starring Isabelle Huppert; and Jean-Pierre and Luc Dardenne’s The Unknown Girl, about a young doctor who tries to uncover the identity of a patient who dies after she was refused treatment.The Haifa Classics program will include a new digitally restored copy of Martin Scorsese’s Taxi Driver, as well as Mel Brooks’ classic comedy Western Blazing Saddles, Pickpocket by Robert Bresson and Vittorio De Sica’s The Garden of the Finzi Continis, among others. Don’t pass up the chance to see these classics on the big screen.There will be a program on contemporary Romanian cinema, which will feature Graduation, the latest film by Cristian Mungiu. His 2007 film, 4 Months, 3 Weeks & 2 Days topped my list of the best films of the 21st century for the recently released BBC international critics’ poll.There will also be programs on New Turkish Cinema, Midnight Madness, animated films and many other categories.Some of the most highly anticipated Israeli movies will have their local premiere at Haifa this year.Rama Burshtein’s second movie, Through the Wall, which was screened at the recently concluded Venice International Film Festival, will be shown.Burshtein is the ultra-Orthodox director whose 2012 movie Fill the Void, set among observant Jews, told the story of a young woman whose sister dies suddenly and whose brother-in-law proposes to her. Through the Wall is set in the same milieu, although it is a more comic story, about a newly observant woman whose fiance ditches her just before their wedding, and who decides to find a new groom rather than cancel the reservation at the wedding hall. It stars Noa Kooler, Amos Tamam (Amir from Srugim) and heartthrob Oz Zehavi.Maysaloun Hamoud’s In Between, which generated great buzz at the Toronto International Film Festival and which will be released around the world, tells the story of two rebellious young Muslim women living in Tel Aviv, who find that they have to adapt when a religious girl from their village moves in.Maha Haj’s Personal Affairs, which was shown at Cannes, tells the story of an older couple in Nazareth and their children who live in Ramallah.Arik Rothstein, a television director, is making his feature-film debut with Antenna, a movie about a Holocaust survivor who gets into a feud with a neighbor who has put an antenna for a cellular network on the roof of their building.Between Worlds, by Miya Hatav, tells the story of two women, one a religious Jew and the other an Arab, who meet at a Jerusalem hospital after a terrorist attack.Hagar Ben-Asher’s The Burglar is about a teenager, abandoned by her mother, who turns to crime.A Quiet Heart, directed by Eitan Anner, is about a young Tel Aviv pianist who finds herself drawn to a religious neighborhood in Jerusalem, where she begins teaching piano to a young ultra-Orthodox boy. Their friendship with an Italian monk and church organist makes them a target for extremists.Yaniv Berman’s Land of the Little People is about a group of kids who clash with two army deserters near a military base.Eyal Halfon’s The 90-Minute War is about a soccer game that solves the Israeli-Palestinian conflict.Homeport, by Erez Tadmor, tells the story of a man who returns to a complicated family situation in Ashdod after spending years at sea.There will also be 10 Israeli films in the documentary competition and one documentary out of competition, on such varied subjects as the ultra-Orthodox in Beit Shemesh, Palestinians and social network use, the poet Lilian Levi, a feud in a Christian village, honor killings, getting a cancer diagnosis and pig farming in Israel.For more information and to buy tickets, go to the festival website at www.haifaff.co.il/eng.