The group even decided to capitalize on the unexpected resurgence of its name by recording its own ribald rendition of the song. 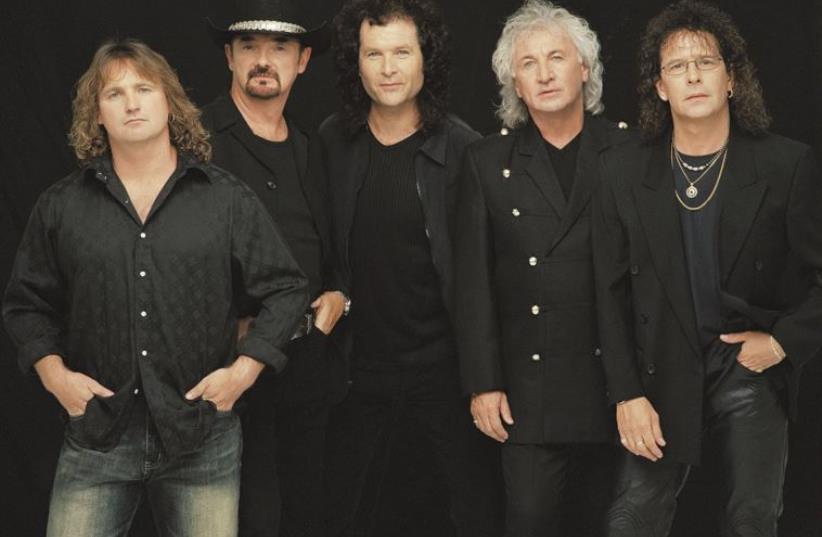 British pop-rock band Smokie
(photo credit: Courtesy)
Advertisement
It’s ironic that a good-time band like Smokie has long been identified with a bawdy, profanity-laden sing-along anthem like “Living Next Door to Alice.” Especially because the group had nothing to do with it.The British journeymen enjoyed a smash single on the continent from the 1975 pop confection when “Living Next Door to Alice” was released in 1975, and it’s likely it would have remained a pleasant golden oldie if not for an infamous cover version that resurrected the song worldwide 20 years later.That year, both Dutch band Gompie and British comedian Roy “Chubby” Brown recorded versions of the song featuring a jarring call back in the chorus that shouts out the line “Who the **** is Alice?” that has become a universal catchphrase.Despite a string of bright, tuneful hits like “If You Think You Know How to Love Me,” “Don’t Play Your Rock ‘n’ Roll to Me” and “Lay Back in the Arms of Someone,” Smokie became, and remains, forever linked to “Alice.”The group even decided to capitalize on the unexpected resurgence of its name by recording its own ribald rendition of the song. It was a move that band co-founder and ex-member Chris Norman said was a mistake.“The first time I heard it, I thought, ‘That’s kind of funny,’ but I thought it was a mistake for Smokie to record it,” he told the Jerusalem Post’s David Brinn in a 2010 interview. “It was silly, even though it was a light, fun record in the first place. But nevertheless, putting it out was a mistake.”Another mistake in the band’s career, according to Norman, was the strategic decision to refrain from touring in the US, resulting in the band’s recognition factor there being about zero.“Our management had the strategy that we shouldn’t tour until there was a big hit. That could have been another reason why we didn’t make it. And I’m not sure if it was the right strategy,” said Norman, who went on to a successful solo career after leaving the band in the mid-1980s.Remaining original member, bassist/vocalist Terry Uttley, is joined by 20- and 30-year veterans Steve Pinnell, Martin Bullard, Mike Craft and Mick McConnell for a version of Smokie that has been stable for close to 20 years.Unknown as they may be in the US, Smokie is revered in Israel and has performed here many times.The band returns this week – on October 27 at the Congress Hall in Haifa; October 28 at Jerusalem’s International Convention Center; and October 31 at the Charles Bronfman Auditorium in Tel Aviv.Will Smokie play “Alice” straight, or fortified with its famous chorus? You’ll have to go to find out.