he 31st Haifa International Film Festival will take place this year from September 26 to October 5. 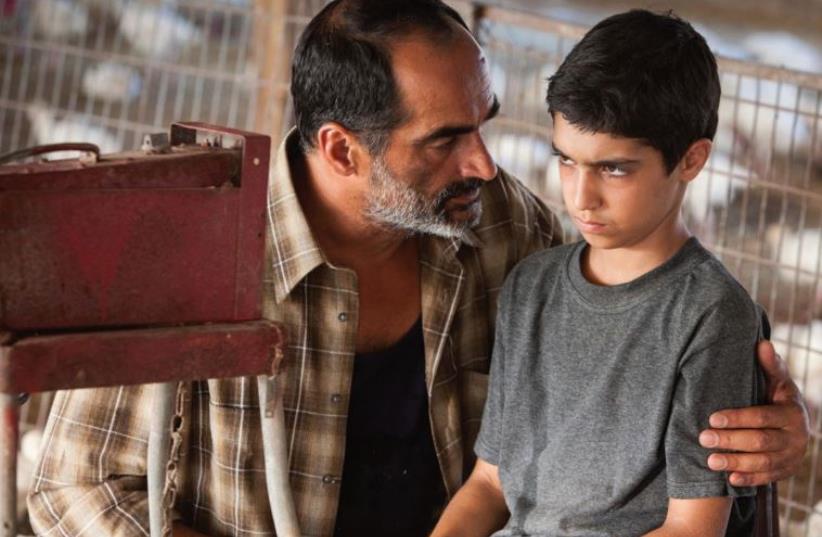 Haifa film festival
(photo credit: PR)
Advertisement
The 31st Haifa International Film Festival will take place this year from September 26 to October 5 at the Haifa Cinematheque and other venues around the city. It will feature an especially strong slate of Israeli movies, both documentaries and feature films.Yuval Delshad’s Baba Joon is one of several movies that have had or are about to have their world premiere abroad and will have their Israeli premiere in Haifa.Baba Joon (the title means “Dear Dad” in Farsi) will be shown at the Toronto International Film Festival in early September. The movie, which is semi-autobiographical, is about a family of Iranian immigrants who live on a poultry farm in the Negev. The son is brilliant at fixing and building machines, but his father and grandfather insist that he follow in their footsteps raising turkeys, but the boy rebels. This may sound like a very small canvas, but the movie is brilliantly written and acted and tells a universal story of the conflicts that arise between fathers and sons. Navid Negahban, the actor whom Homeland fans will recognize as terror mastermind Abu Nazir, stars as the father. I have to assume that his wonderful performance did not receive an Ophir Best Actor Award either because the film is mostly in Farsi or because Negahban is Iranian.Elad Keidan’s Afterthought competed for the Camera d’Or prize at the Cannes Film Festival last spring. The film, which is set in Haifa, is an allegorical tale about two men who keep passing each other as they walk the staircases and slopes of the city. It stars Itay Turan and Uri Klauzner as the two men. The review in The Guardian was headlined, “Israeli film takes the stairway to Joycean epiphanies.”Why Hast Thou Forsaken Me, directed by Hadar Morag, will have its international premiere at the Venice Film Festival. It tells the story of a bond that forms between a young Arab man and a Jew, both of whom find themselves on the fringes of society.Demon, also known as Dybbuk, is a Polish/Israel co-production that updates the dybbuk legend, in which a bridegroom (Itay Tiran) is possessed by the spirit of a demon at his own wedding.Directed by Marcin Wrona, this film is premiering at Toronto.Inertia, by Idan Hagoel, is set in Haifa and tells the story of a wife whose husband disappears one day without warning. As the days pass and her husband doesn’t reappear, the wife has to learn to deal with the outside world on her own.Michal Vinik’s Barash is about an alienated 17-year-old girl who leaves home, gets involved with drugs and ultimately falls in love — with another young woman.This coming-of-age story was developed at the Jerusalem International Film Lab at the Sam Spiegel School for Film and Television, Jerusalem.Awakening, directed by Guy Meirson, tells the story of a married couple who try to conceal the outcome of a fatal accident.Meirson wrote the screenplay for the 2012 film Rock the Casbah.Actor Amir Wolf’s directorial debut, Fire Birds, tells the story of a murder in Tel Aviv and the policeman who investigates it. The plot interweaves the present-day story with the story behind the crime, in a thriller that combines suspense with memories of the Holocaust.Wednesday 4:45 is a Greek/ Israeli co-production, directed by Alexis Alexiou. It is a neo-noir thriller about a nightclub owner who has just one night to save his beloved jazz club.The documentaries on the Haifa program are especially varied, covering everything from medicine and foster families to ballet and to politics. Several of them are portraits of intriguing people – some famous, some not.One of the most anticipated films will be Erez Laufer’s Rabin in His Own Words, an intimate look at the Israeli prime minister who was murdered nearly 20 years ago.The Dancer is Alexander Gentlev’s look at Valery Panov, the Russian-Jewish ballet dancer who was prevented from performing for years after he asked to leave the USSR.Tal Barda’s A Heartbeat Away is a look at a cardiologist who works with children in Africa and must decide whom to treat. For more information about the festival and to order tickets, go to http://www.haifaff.co.il/eng.