Raya Bar-Adon reveals a lot about herself in her exhibition ‘Exposure.’ 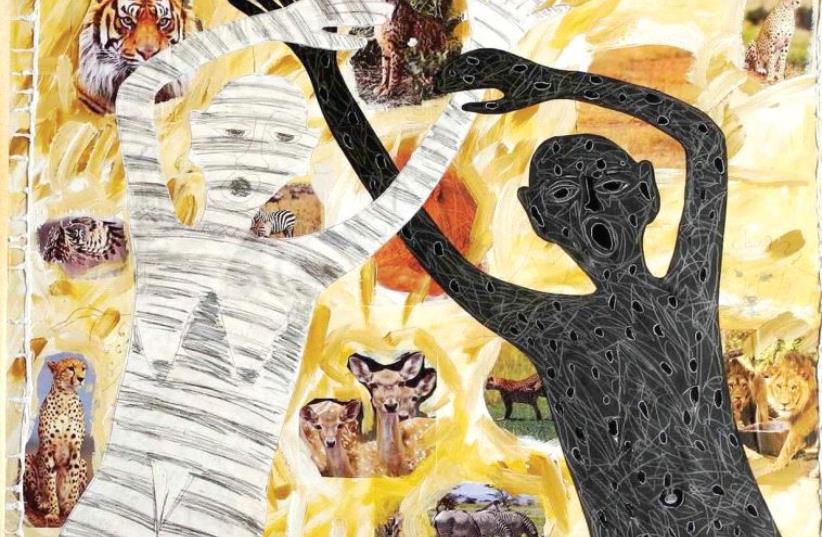 Raya Bar-Adon reveals a lot about herself in her exhibition ‘Exposure’
(photo credit: PR)
Advertisement
If you want to convey something through your art, it certainly helps if you have accrued a decent amount of personal experience along the way.Raya Bar-Adon has that in spades.Bar-Adon’s new exhibition opened yesterday at Beit Hamidot in Tel Aviv. It is an impressive showing in more senses than one. It is a voluminous proffering, taking in more than 100 works of various sizes and is fueled by multiple mindsets and life experiences.Any artist worth his/her creative salt must reveal something of his/her soul and inner emotional machinations, but Bar-Adon appears to have gone whole hog. For starters, the exhibition, which runs until Thursday, goes by title “Exposure.” That’s quite a statement of intent.“Yes, I’d have to say that’s true,” Bar- Adon concurs, noting that she is allowing the members of the public more than a glimpse of some of the emotional torment and momentous events she has been through over the years.“You go to some exhibitions and you have very little idea of what the artist is putting out,” she observes.“When you see my pictures, you feel that I have exposed myself.”And how. The full array divides roughly into a number of thematic series. There is, for example, a section called “Trees” and another called “Women.” It must have been tough to dig deep into her past and unearth some of her formative and, indeed, seismic-shifting experiences as she began to create the paintings and recreate her life. But, it seems, it was a rejuvenating and palliative process for the artist.“It was wonderful,” she declares, adding that she knows what she’s talking about when it comes to self-exposure.“First of all, I also work as an art therapist, so I work with exposure all my life.”It is, Bar-Adon, posits, a two-way street.“When people reveal themselves to you, you also uncover a bit of yourself.”That must take some courage, too.“You have to love people,” she says simply. “And you have to love art.”Presumably, one has to have a positive self-image as well.“We learn to love ourselves,” says Bar-Adon with something of an apologetic smile. “It’s a process.”Now 76 years old, Bar-Adon has clearly traveled quite some ground over the years. She hails from Kibbutz Yavneh and found herself at odds with the powers-that-be on the religious kibbutz when she set her sights on art. She was allowed to take the entrance examinations and go for the interviews, but when she was accepted for a degree program at Bezalel in Jerusalem, the kibbutz authorities put their foot down.Bar-Adon’s response was to just get going.“I said farewell to them and left the kibbutz, she states matter-offactly.That must have been a traumatic and sharp transition to lave the restrictive kibbutz milieu for the free-flowing vibes of an art school, besides trying to find her footing in the secular world.“That wasn’t a problem for me,” says Bar-Adon. “I never really felt religious, even as a child.”That sounds pretty seamless, but the cold hard facts meant that the then 20-year-old had to muddle her way through unfamiliar circumstances without the safety net with which she’d lived from birth.“I had no financial support. I was, in a way, an orphan. I was the third group of children born on the kibbutz, but I was one of the first to leave,” she says.The pangs of that trying transition come through at various junctures of “Exposure.”The “Feet” series, for example, symbolizes how downtrodden Bar-Adon felt by the dictates of her childhood kibbutz framework.There was more infant and youthful anguish to be worked through. For some years now, former kibbutz members of a certain vintage have begun publicly reflecting on the scars they still bear in the wake of having spent their early infancy, childhood and early youth sleeping in the respective kibbutz children’s house. That communal accommodation facility was a staple feature of kibbutzim until around 30 years ago. It was designed to offer parents more freedom, while supposedly instilling in the children a sense of comradeship.“It was awful,” says Bar-Adon.“I was in a children’s house almost from the day I was born. I remember being bitten by a centipede one night and not being able to go to my parents for help and comfort.”The “Children’s House” section of “Exposure” makes for suitably harrowing viewing, and you get a sense of coldness and emotional detachment.The move away from the kibbutz to arts academia was a boon for 20-year-old Bar-Adon, unfamiliar surroundings and lack of financial support, notwithstanding.“I don’t recall being out of my depth. I just remember having a wonderful sense of freedom. And I enjoyed the socializing there so much. I felt liberated,” she recalls.While “Exposure” would seem an exhibition that has been percolating for a long time, in fact almost all the paintings were created over the last six years. It took yet another challenging life situation to burst the memory and emotion dam.“I had a second bout with cancer seven years ago, but this time it was serious,” Bar-Adon explains. “I had a full mastectomy, chemotherapy and several operations. I couldn’t work at all for around a year, but after that the work just came gushing out of me. Lots of things came up to the surface,” she says.It was gloves off time, and Bar- Adon got right down to addressing all the areas of her life, including the most painful ones, and getting them out of her system and onto the canvas.“I have an autobiographical series which is about my relationship with my mother,” she says. “That shows the essence of the feminine and maternal side. And I have some works I made while I was still sick – whatever I could manage,” she says.While all that may seem highly morbid, Bar-Adon’s zest for life and the release she experienced through her creative work also come through.“Exposure” is on display until September 22 at Beit Hamidot at 23 Lilienblum Street in Tel Aviv. For more information: 050-931-4200