Discussing the importance of democracy and unity, President Rivlin wishes the Jewish people a happy Hanukka. 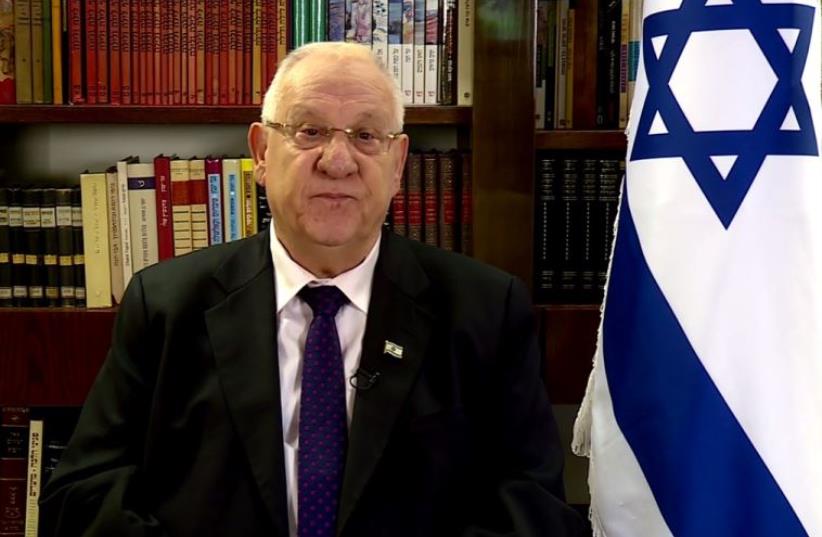 Screenshot from President Reuven Rivlin's Hanukka message
(photo credit: screenshot)
Advertisement
President Reuven Rivlin wished the Jewish people a happy Hanukka in a video message on Friday ahead of the Jewish holiday that starts at sundown on Sunday. Rivlin, speaking from his residence in Jerusalem, discussed the Menora, the symbol of the State of Israel, and an important symbol for the Jewish people across history, as a reminder to act as light unto the nations even during difficult times. On Hanukka, "We celebrate the survival of the Jewish people and our faith against all odds. We celebrate the freedom that was won in these days and that we enjoy today with Israel as the national home of the Jewish people," he said."It is no coincidence that the symbol of the Government of Israel is the Menorah, the symbol of Jewish independence, which lights our path. In each generation we must find that path; to reinforce the bonds between Jews across the world, to share together, to hold high the torch of freedom. To bring light where there is darkness," he continued. Rivlin continued on to emphasize the importance of remaining strong in the commitment to democracy and freedom in light of the latest terror events sweeping across the world. "Today, hatred, incitement, and terrorism threaten the whole world," he said. "In the face of these threats we need to be firm and strong like a rock – like Maoz Tzur – in our beliefs in freedom, justice, in the values of our tradition and of democracy."Rivlin added the importance of celebrating despite recent events, sending his wishes to the families of those who have been injured or killed in the recent wave of terror."Our thoughts at this time are of course with those who will be celebrating with a heavy heart; the injured and the families who have lost loved ones in the wave of terror that has struck in Israel, and around the world," he said. "To them especially, and to all the Jewish people, I wish a very happy Hanukka.”