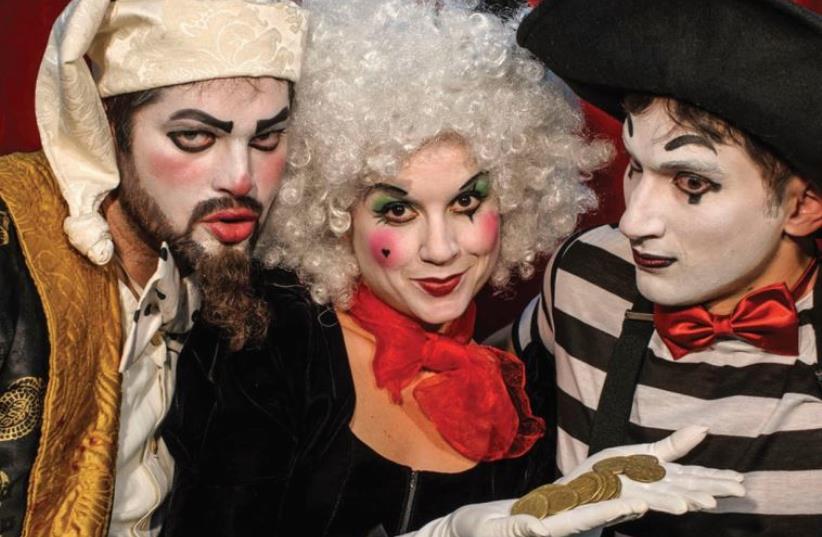 The Ramat Gan Chamber Orchestra
(photo credit: PR)
Advertisement
The Ramat Gan Chamber Orchestra, under artistic director Aviv Ron, will present the chamber opera Scherz, List und Rache (Jest, Cunning and Revenge) by Austrian/British composer Egon Wellesz. This colorful and fully staged one-act production is the result of cooperation of the orchestra and Little Opera Company, created by Ron.“This is a commedia dell’arte type of opera,” explains Ron. “There are only three participants – a young married couple Scapin and Scapine and a greedy doctor. The doctor had treated their elderly nursemaid and pocketed the money that she had intended to leave to them when she died. But with the help of some cunning tricks, the couple get the inheritance back.”Ron says that Wellesz was quite a prominent composer and musicologist. Very active in Vienna in the 1920s and 1930s, he was one of Vienna’s modernist masters. He, along with Alban Berg and Anton Webern, made up the original group of pupils who studied with Arnold Schoenberg.“Wellesz was the first to bring the music of Debussy not only to Vienna,” says Ron. “He was Jewish and although he converted to Christianity, like several other well-known personalities, it didn’t help him. He was in Switzerland in 1938 when Germany annexed Austria. He never went back to Austria but moved to Britain. He composed and taught in England and was eventually forgotten. His music was forbidden in Germany. His chamber opera Scherz, List und Rache was premiered in 1928 and later performed a couple of times, and that was it.”Ron says that the piece is meticulously written.“Every page of the score, every phrase demands a lot of work from both the orchestra and the soloists. It is easily perceived but hard to perform. That is probably why it was not performed for such long a time. Almost 100 years have passed since the first performance, so the Israeli premiere is in a way a world premiere as well. The finale is quite surprising – a German folk song in a rendition that makes us suspect that Wellesz wrote it as a parody of the larger-than-life style of the time,” he says.“The director of this production, Neta Amit Moreau, brings a lot of pantomime, a lot of physical action on stage. Every musical phrase is coupled with acting,” says Ron.He notes that according to one of Wellesz’s letters, that is how the composer wanted to see his piece performed on stage.For Ron, this production is a dream come true. He had fallen in love with chamber operas in his youth when studying conducting in Vienna.“Chamber operas are very concentrated,” he explains. “There is no room for bombastic passages, and that is what I like about it. Look at this comic opera, for example. It lasts only 47 minutes but includes the entire world! I came across the score of Scherz, List und Rache while going through archives and libraries in Vienna and contacted the late composer’s daughter. We wanted to stage the piece, but that didn’t happen. But now we will perform it in Ramat Gan with a fine cast – soprano Anastasia Klevan of the Israeli Opera (Scapine); bass Ya’acov Strizhak (the doctor), who for a while sang at Komische Oper Berlin and now has come back to Israel; and a young singer, Lior Inbar, who is still a student but has enough courage to take on the demanding role of Scapin.”Ron, who makes it a point to stage a chamber opera almost every year, says it is his dream to present them around the country.The concert program also features Symphony for Strings by Mendelssohn, another Jewish composer whose music the Nazis declared forbidden to perform.

The Ramat Gan Chamber Orchestra will perform on November 21 at 8:30 pm. at the Ramat Gan Theater, 16 Hibat Zion Street in Ramat Gan.