Sailing along or sinking fast

Which TV shows have ‘jumped the shark’? 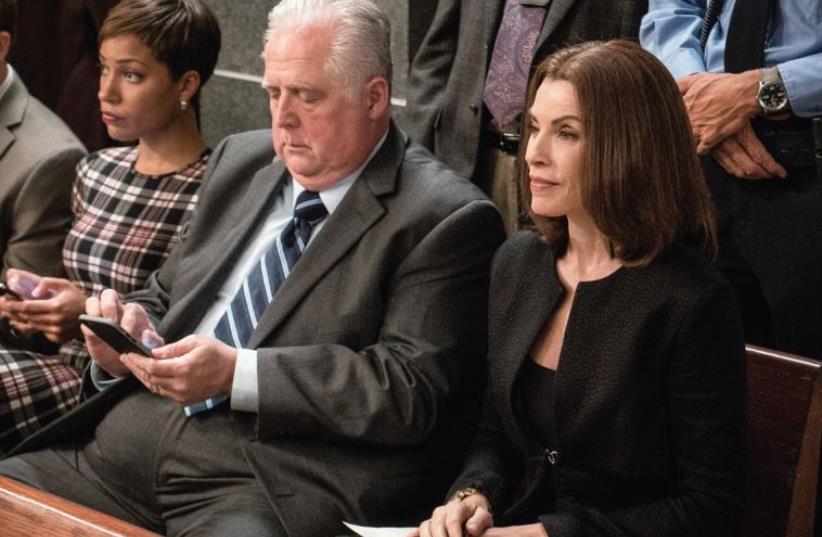 ‘The good wife'
(photo credit: PR)
Advertisement
When a formerly good show takes a turn for the worse – usually because its creators have resorted to some deus ex machina device – people say the show has “jumped the shark.” The phrase refers to an episode of Happy Days in which Fonzi jumped a shark on water skis.But in our current Golden Age of great premium cable and wonderful shows from networks, has the concept become obsolete? The Sopranos certainly never jumped the shark. Nor did Mad Men, The Wire, Breaking Bad and a handful of other series that were great to the end. It’s important to note that most shows today have relatively short seasons – 12 episodes or so rather than weekly for nearly a year, which was once the television standard, and they generally end after seven seasons at most.Still, not all shows maintain their high quality.The Good Wife seems to be immune from the shark-jumping phenomenon. In its seventh season, its combination of a focus on the personal and professional life of Alicia Florrick (Julianna Margulies), the wife of a politician who weathered a sex scandal, and the cases on which she works, is still a winning formula. Nervous, nerdy political operative Eli Gold (Alan Cumming) is having a very amusing romance with a statuesque Christian billionaire political contributor (Vanessa Williams). But the overarching background story is that Peter Florrick (Chris Noth) is running for president, supposedly in order to position himself to be Hillary’s running mate, but the show raises the possibility that the series will end with the good wife as the first lady. The Good Wife is so smart and fun, it’s like eating a calorie-free box of chocolates every week.It airs on YES Drama on Tuesdays at 10 p.m. and YES VOD.The Affair, which was co-created by Israeli writer Hagai Levi, has become an unlikely phenomenon among literati in the US because of the show’s literary milieu and its setting in Boho Brooklyn. Their interest in it has become more intense in the second season, since one of the main characters, Noah Solloway (Dominic West), writes a novel that became a critical and popular success and has reinvented himself as “the new bad boy of American letters.”Two weeks ago, the show seemed to jump the shark after an episode that strayed from the show’s format, in which the same time frame is shown from the point of view of two different characters.A few spoilers follow. In this episode, while a storm raged, Noah was tempted into cheating on Alison (Ruth Wilson), his pregnant fiancee, at a wild party with an indoor pool in a Manhattan apartment (the show continues to set new standards in real-estate porn); Alison, all alone, gave birth to what may or may not be Noah’s baby; Helen, Noah’s ex-wife, had a fling with her son’s endocrinologist; and Cole, Alison’s ex-husband, learned that his lover was infertile, saw the ghost of his dead son at the window, and burned down Alison’s beach house. The plot went from silly to sillier.Now it’s back to the relatively sober but intelligent drama that won so many fans, as Noah attends couples therapy on his own – with Sex and the City’s Cynthia Nixon as the therapist – and Alison copes with her ambivalence about their relationship.The Affair airs on HOT Plus on Wednesdays at 10 p.m. and is available on HOT VOD.Homeland is intelligent and well done as bipolar former CIA agent Carrie Mathison (Claire Danes) tries to build a quiet new life in Berlin but predictably gets pulled back into espionage. But the show has lost the suspense it once had. In the early seasons during her improbable pursuit of a doomed love affair with Brody, the Marine POW turned terrorist, viewers couldn’t wait to see what would happen next. That urgency is gone.Homeland airs on Mondays at 5 a.m. and 10 p.m. on YES Oh and on YES VOD.The Walking Dead, the most popular show on cable, has definitely jumped. Once a guilty pleasure, it is now dreary and repetitive. It seemed to kill off Glenn (Steve Yeun), its most likable character, a former pizza delivery guy turned resourceful hero, postzombie apocalypse, then brought him back. The well-written, interesting characters, which made the show worth watching, have flattened out, and it’s a chore to watch.It airs on Mondays at 6 a.m. and 10:50 p.m. on YES Oh and YES VOD.