‘Animals,’ ‘Girls’ and what ever happened to Bonnie and Clyde? 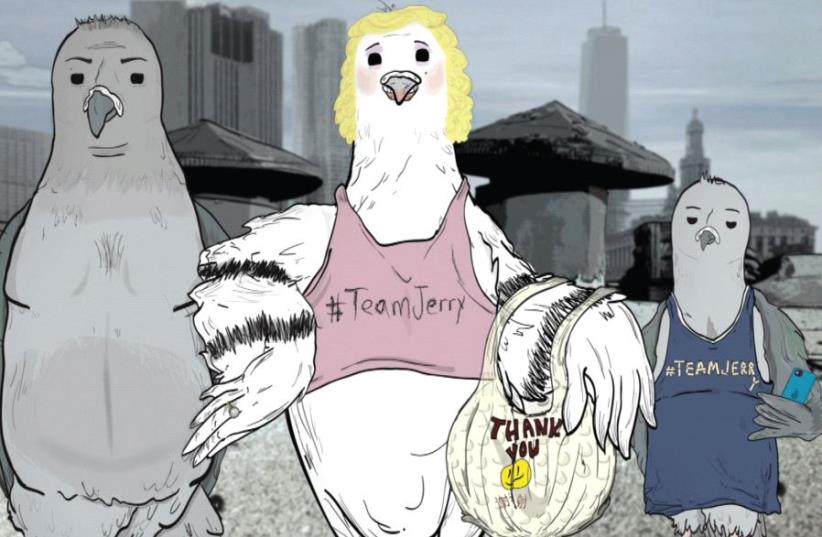 HBO series 'Animals'
(photo credit: PR)
Advertisement
If your kids loved the Pixar film about a French rat who loves gourmet food, Ratatouille, then they are probably tweens now and the perfect age for Animals, a new animated HBO series that airs on Thursdays at 7:40 p.m. on HOT VOD.Animals is an R-rated look at the secret lives of animals in New York, who, it turns out, think a lot about sex and talk like characters in an early Woody Allen movie. The first episode focuses mainly on rats, which is what reminded me of Ratatouille, but there are also horses, pigeons, bugs and cats. Of course, you might not want your children watching this, but I feel that the target audience here is 14-year-old boys — who probably watch more explicit stuff when you’re not around — and who will likely find this much, much funnier than you will. So if you are 14 or still feel in touch with your inner 14-year-old, check out Animals. It wouldn’t surprise me if it’s a huge hit.Girls was an unlikely hit when it premiered five years ago, and now that it is well into its final season, it is better than ever.Just as the Oscars aired on Sunday night, Girls presented one of its selfcontained episodes, like a twocharacter play, like the one where Hannah (Lena Dunham) spends a weekend with a doctor in his brownstone. These episodes are like short, magical and extremely sophisticated films, unlike anything else on television.In this episode, Hannah goes to the apartment of a famous, critically acclaimed writer, Chuck Palmer (Matthew Rhys, the Welsh actor best known for his portrayal of the Russian spy, Philip, on The Americans). He has invited her because she has written something that upset him, a response to a Tumblr blog that accused him, essentially, of sexual harassment. He says he simply has sex with groupies who throw themselves at him on his book tours, while Hannah, naturally, sees the situation differently, that he is taking advantage of young, insecure women. It’s an interesting discussion, in which both of them get good lines, although it ends up in a bizarre scene that would probably get an NC-17 rating if it were in a movie. In short, it’s Girls at its best.My biggest professional regret is that I did not interview Lena Dunham, the show’s creator, when she was in Jerusalem with her film, Tiny Furniture, in 2010. I hope she’ll come back here some day.Speaking of the Oscars, it was a long, boring show that was enlivened by that final shocker, in which Warren Beatty and Faye Dunaway announced that La La Land won Best Picture, only to have the true winner revealed to be Moonlight minutes later.It was such an epic fail that, in this era of “fake news,” it crossed my mind that it might have been done on purpose, to wake up viewers of the otherwise surprise-free show.I felt a bit sorry for Beatty and Dunaway, who will now be remembered by a generation of 20somethings not as the iconic stars of the groundbreaking Bonnie and Clyde (a movie that was released 50 years ago) but as a couple of old actors who couldn’t figure out they had the wrong envelope.This is generally a quiet time of year for new television shows, but there are a few coming up this month.Feud: Bette and Joan, a drama about Bette Davis (Susan Sarandon) and Joan Crawford (Jessica Lange), makes What Ever Happened to Baby Jane? look like fun, if you like campy, over-thetop drama, based on the making of a campy, over-the-top drama.Feud also stars Judy Davis, Alfred Molina and Stanley Tucci. It will begin airing on March 27 on YES Drama at 10 p.m. and on YES VOD.The series is the latest by Ryan Murphy, the creator of Glee and American Horror Story.