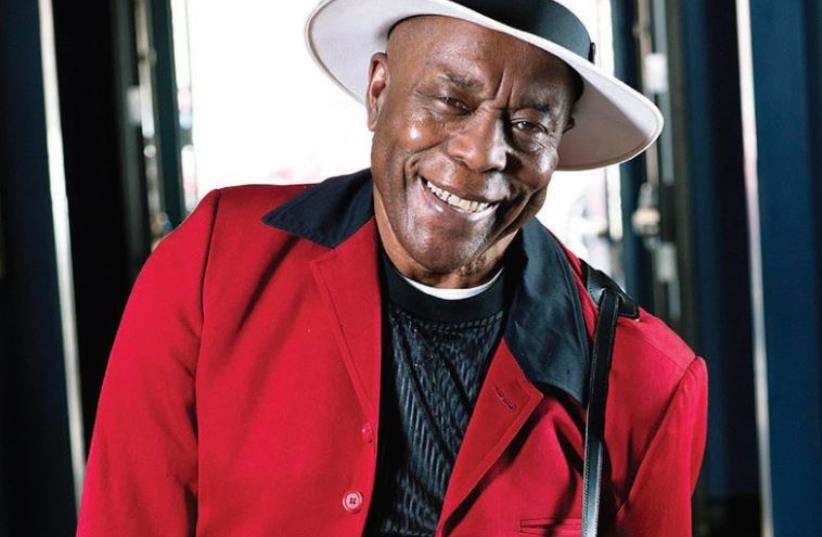 Buddy Guy
(photo credit: PR)
Advertisement
When The Rolling Stones wanted a guest who exemplified the big bad blues of their formative years to join them in New York for the 2006 filming of the Martin Scorsese concert movie Shine a Light, there wasn’t much discussion about whom to invite. All eyes turned to Buddy.One of the world’s greatest bluesmen, Buddy Guy provided the blueprint by which a generation of young guitarists like the Stones’ Keith Richards and Ronnie Wood spent their youth poring over in search of the hidden chord that would open up the world of rock & roll.“We were listening to Buddy before we had two pennies,” Richards told Uncut magazine in 2012. “He has a little seniority on us, but not that much. Buddy Guy is… Buddy Guy. You’re talking about one of the greats here.”At the Beacon Theater that night, as other featured guests like Jack White and Christina Aguilera appeared to be thrilled to be sharing a mic with their heroes, The Stones seemed to be in awe of their hero, Guy.By most accounts, he stole the show with a fiery rendition of the blues staple “Champagne & Reefer” – so much so that upon its completion, Richards presented Guy his guitar as a gift.“With everything going on that night, with the movie, I just decided to give Buddy one of my guitars on stage. This is my respect to Buddy and to Muddy Waters and all the other guys who turned me on,” said Richards.Guy’s career arc has run the gamut from performing in southern segregated roadhouses to three Grammy-winning albums in the 1990s and more recent projects with John Mayer and Carlos Santana. In 2005, Guy was inducted into the Rock and Roll Hall of Fame.The 79-year-old master guitar player from Louisiana honed his skills for a decade with such luminaries as Willie Dixon, Howlin’ Wolf and Little Walter before launching a solo career in 1967. A fruitful collaboration with harmonica player Junior Wells brought him into the limelight and forged a gaggle of rock & roll disciples, including Richard, Eric Clapton and Jeff Beck.Another musician who swears by Guy is local bluesman Dov Hammer, the harmonica-blowing front man of The Blues Rebels, whose new album Voodoo Land was produced by Joe Louis Walker.Buddy Guy is one of the last living and active artists of the generation that invented Chicago Blues.“They took the classic southern blues and electrified it, and invented what would become rock music,” said Hammer, who will be in attendance when Guy makes his Israeli debut at the sold-out Caesarea Amphitheater on July 13.While Guy is best known for his guitar playing, Hammer loves his music for a different reason altogether.“To me, he is one of the most powerful and emotional singers alive. When I hear him singing, it gives me goosebumps... The man always sounds like he is overwhelmed by emotion,” said Hammer. “He is an incredible performer – even now, going on 80 years old – and he is the definition of blues. As a performer, he is one of my greatest influences because he is never just performing, he is always conveying powerful emotion.”At a recent show in Utah, Guy demonstrated that he is still a master showman and entertainer, telling the sold-out crowd to imagine they were in a club in Chicago 50 years ago putting dimes in a jukebox, and then leading them through songs by Waters and Clapton, as well as John Lee Hooker, Tamla Motown, Ray Charles and even “Voodoo Child” by Jimi Hendrix.Often called the bridge between the blues and rock & roll, Guy will finally drive his 18-wheel tractor trailer of musical energy to the other side – appropriately as the opening salvo of the Tel Aviv Blues Festival taking place from July 13 to 16. No tolls required, no traffic jams and no prisoners taken.