In choreographer Dana Ruttenberg’s Project 48, new pieces are created almost on the spot. 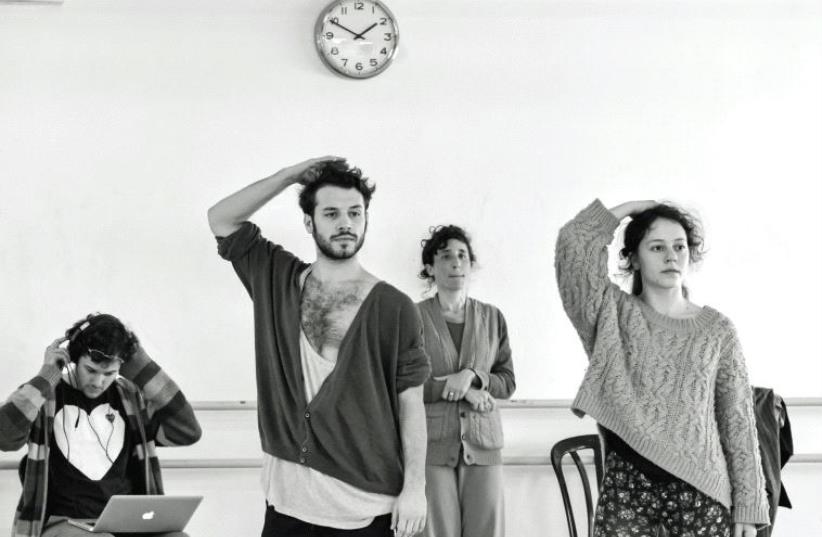 ON YOUR marks... Local dancers rehearse as part of the annual Project 48.
(photo credit: URI RUBENSTEIN)
Advertisement
From reality television we have learned that it is possible to do any number of complex things in a single day. One can cook fare for a 300- guest wedding, hand-sew a couture gown or redesign an entire hotel in just 24 hours. If it can happen on screen, why can’t it happen in real life? Such was Dana Ruttenberg’s thinking when she first posited the idea for Project 48. In a field such as dance, where rehearsal periods for a 10-minute solo can span more than 12 months, would it be possible to churn and burn like they do on TV? Four years later, Ruttenberg and the dozens of artists who have participated in the first three runs of Project 48 will tell you that yes, it is possible, if not a tad stressful, to make a new dance work in only 24 hours. What’s more, these creations are the result of not just one mind but a collaboration of many.One could argue that every creative process begins as a type of blind date. Even collaborators who have worked together for decades find that with each new endeavor, the chemistry on and off the stage changes.An endless list of factors, from personal lives to working conditions to subject matter to political tensions, find their way into the studio, influencing and guiding the way in which artistic works are made.In this way, Dana Ruttenberg’s Project 48 is very similar to real-life working situations. Taking place over a three-day period, Project 48 fosters a fast-forwarded microcosm in which artists are thrown together, and some hours later new dance works are born. The main difference is that where artists might take a night or a week to think an idea over, in Project 48 most decisions must be made instantaneously. In this case, a lack of flow between collaborators can result, at worst, in a one-time bust. At best, new relationships form, presenting possible partnerships for the future.To this foray into the unknown, the fourth edition of Project 48, Ruttenberg has invited a group comprised of choreographers, collaborators (of which yours truly is one) and dancers. The gang will come together for the first time on Wednesday night at the Bikurey Ha’itim Center in central Tel Aviv, where a lottery will determine the artistic ensembles for the coming day.They will then bunker down in the studio until the wee hours, armed with a reference provided by Ruttenberg.The following day will consist of two more chunks of time in the studio, followed by technical rehearsals at Batsheva Dance Company’s Studio Varda and, finally, a performance of the new works. Still charged with adrenaline from the show, the group will immediately get reshuffled by a second lottery and will rush back into the studio to get going on the next day’s show.The group will consist of Moran Abergel, Lital Ben- Horin Nezer, Evyatar Omessy, Bar Altaras, Einat Betsalel, Ran Brown, Rafael Balulu, Ruth Gwily, Harel Grazutis, Offir Dagan, Almog David, Sahar Damoni, Geva Zaibert, May Zarhy, Ma’ayan Horesh, Maria De Duenas Lopez, Gilad Jerusalmy, Oz Mulay, Eilit Marom, Snir Nakar, Mor Nardimon, Idan Porges, Hillel Kogan, Laura Kirshnbaum, Nadar Rosano and Doron Raz Avraham, as well as myself.This year, Project 48 will be presented as part of both the Diver Festival and Batsheva Hosts. The entire process will be streamed live on Dana Ruttenberg Dance Group’s Facebook page, giving viewers an inside peek at how this magic is made. An “instant exhibition” by acclaimed photographer Ascaf Avraham will feature images taken during the hours in the studio and will be on display outside the performance space.Project 48 works will be presented on September 8 at 9 p.m. and September 9 at 10 p.m. at Studio Varda in the Suzanne Dellal Center in Tel Aviv. For more information, visit www.facebook.com/events/184627665284302/or www.diverfestival.com.