‘Bull’ disappoints, ‘Crazy’ and ‘Jane’ are back, HBO comes to HOT. 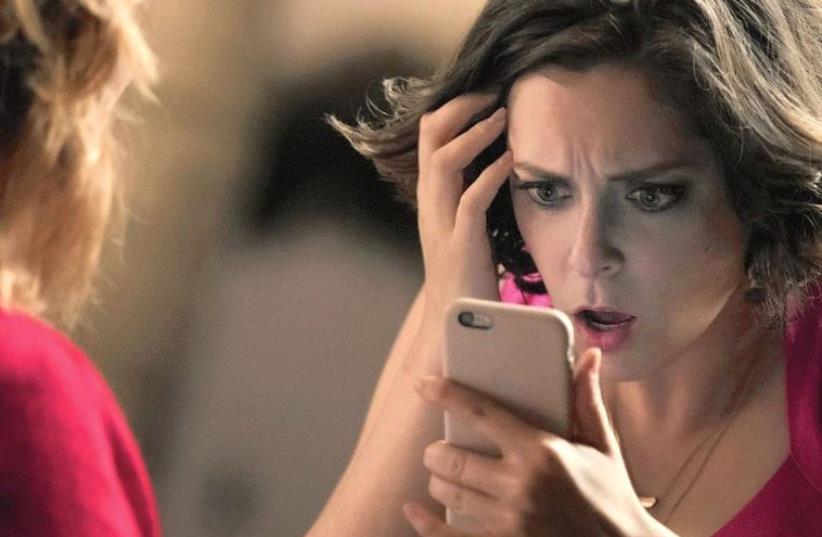 HBO tv series
(photo credit: PR)
Advertisement
This November, the hot new CBS series Bull is coming to YES Drama. The series is based on the early career of Dr.Phil McGraw (yes, that Dr. Phil) when he was a jury consultant.The whole field of jury consulting is controversial, with some hailing it as a key tool for defense lawyers and others dismissing it as pseudo science.Bull stars Michael Weatherly (agent Tony DiNozzo on NCIS) as Dr. Jason Bull, a New York jury consultant who, in the pilot episode, is hired by a hi-tech billionaire to represent his son, who is accused of murdering a young woman. It’s fast paced but gratingly obvious, as the trial turns on Bull’s figuring out a secret that audiences will guess 30 seconds in.The series is one of the most popular new TV dramas in the US, and you can see for yourself on Wednesdays at 10 p.m. starting on November 16.Two other popular series are returning to YES Drama in November.Crazy Ex-Girlfriend is the surprise musical hit about Rebecca (Golden Globe winner Rachel Bloom), a high-powered lawyer who leaves her New York career behind to follow Josh, her summer-camp boyfriend, to a small California town. In some ways, it has replaced Glee as the show that gives viewers a taste of elaborate Broadway-style and pop musical numbers.The first episode of Season 2, which will air on YES Drama on Wednesdays at 10:45 p.m. starting November 9, picks up just where the first season left off. I wondered where the show would go this season, but it seems just as engaging. We learn a not-too-surprising secret about Greg (Santino Fontana, the Broadway actor, also known as the voice of Hans in the movie Frozen), the guy who Rebecca saw as a consolation prize when it looked as if she couldn’t have Josh.But the highlight of the new season is the parody/homage to Beyonce’s Lemonade which, as Rebecca sings, “ate our production budget.” It points up the pretension of the pop diva’s videos, but with affection.The surprise hit show, which was turned down by virtually every network and ended up on the CW, looks to be one of the highlights of the fall season.Season 3 of Jane the Virgin is another female-friendly CW show, which subverts the telenovela genre while it embraces it, will be also start on YES Drama on Wednesdays starting on November 9 at 9:15 p.m. It lost a little focus in Season 2 but ended on a note of suspenseful melodrama. The first episode of the new season drags out the suspense with a lot of flashbacks, but even in its weaker moments, Jane is an enjoyable, if sometimes silly show. Gina Rodriguez who, like Rebecca Bloom, won a Golden Globe for her performance, is consistently charming. The breakout stars of the series, Jane’s vain but charming telenovela star, Rogelio De La Vega (Jaime Camil), and the narrator (Anthony Mendez), who gets most of the good lines, are back.HOT, which has been broadcasting the new HBO shows Divorce, Insecure and Westworld, is getting a bunch more HBO shows, which in the past were shown only on the YES network.Just in time for the elections, HOT viewers can see the political comedy Veep, starring Julia Louis- Dreyfus, who has won the Emmy for Best Actress in a Comedy Series five times for this series.Washington insiders have said repeatedly that Veep is closer to the real thing than either The West Wing or House of Cards. All the previous seasons will be on YES VOD and YES Plus starting on November 2.Also starting on November 2, all the episodes of Girls will be running on YES VOD; and starting on November 6, they will run on YES Plus from Sunday to Thursday at 10:55 p.m.HOT viewers can already see all the episodes of Game of Thrones, which are on HOT Plus and HOT VOD. Season 7 will be shown on HOT when it premieres in 2017.The gritty eight-part John Turturro drama about the New York criminal justice system, The Night Of, will start November 19 on YES Plus and YES VOD.